Leo Produces Shocking Proof Will and Sonny Covered up His “Murder”

Tuesday December 4, 2018: Sonny gets a chance to tell Kate how he feels about her scheming, Stefan makes a decision about "Gabby," and Gabi lies to Chad. 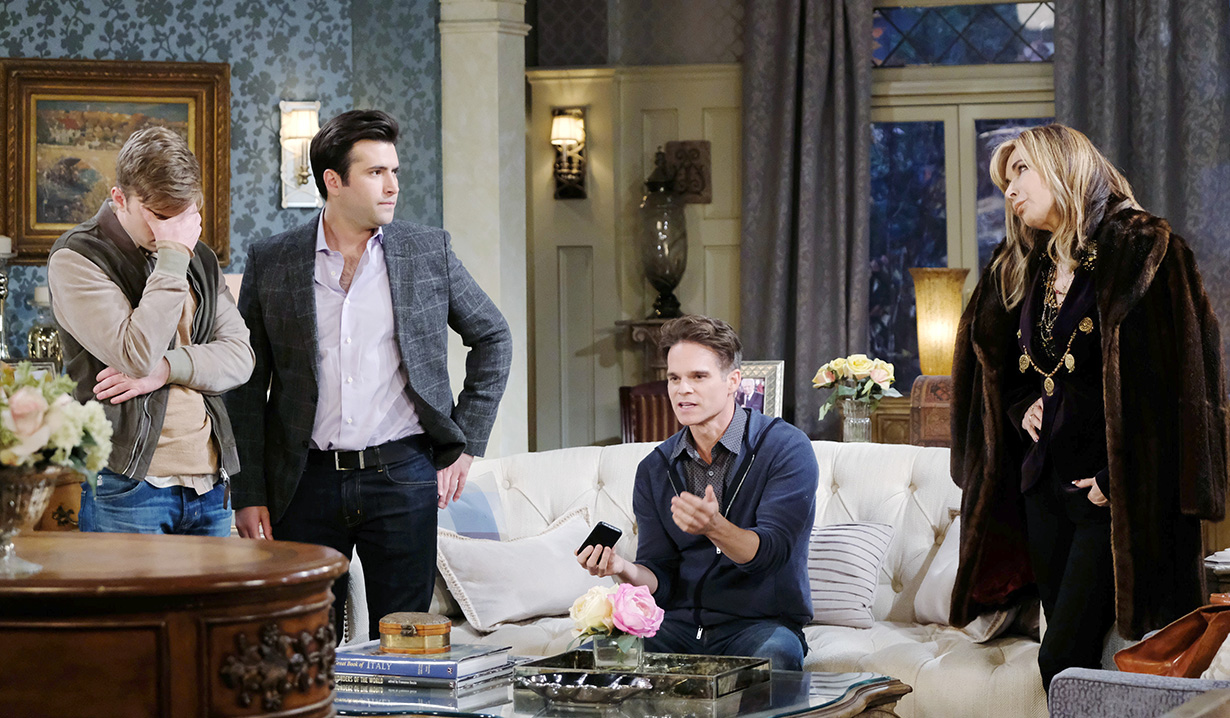 Stefan arrives home to Casa DiMera and begins to play the piano while he fantasizes that Gabby is there with him, asking him to bring her home. Stefan fears none of this is real and wonders if Abigail’s playing him. Ben approaches. Who is Stefan talking to? Stefan asks if upgrades to security have been done. He’s bringing his baby home later and hopefully her mother, tomorrow. Ben asks if Gabby is back. Stefan isn’t positive. Ben brings up seeing a woman and wants the night off to take her out. Ben found someone. Ben has a lead on Ted Laurent.

In the park, Chad almost catches Gabi looking at the real paternity results. 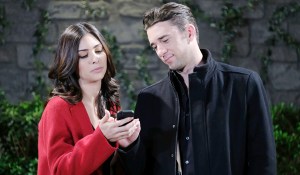 Gabi puts the paper away and he asks if she’s upset by what she read. Gabi lies that it’s results that show she definitely can’t have kids. Chad’s sorry. Gabi says she’s focusing on the positive which Chad finds admirable. What happened to her was an abomination and she has a right to be angry. They discuss Kate hiring Leo and how Sonny may never forgive Chad because he didn’t reveal her plans. “I feel like I’m losing my soul, Gabi,” he says, sadly. Gabi doubts that but Chad thinks he’s gone too far and sacrificed his morals and principles for power. Abby doesn’t even want to see him. He’s lost everything. Gabi holds his hand. He has not lost her. He’s a good man. Chad feels he’s drowning. Gabi shows him photos of the kids. Chad’s grateful she’s always been there for him.

At the Kiriakis manse, Will is sorry that Sonny’s best friend 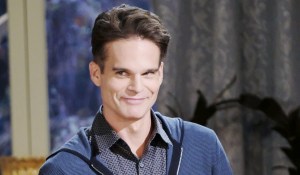 Chad stood by and allowed Kate to let Leo ruin his life. Kate appears. She admits to blowing up both of their lives and needs to own it. “I take full responsibility for what I did,” she says, and apologizes. Sonny snipes that it’s too late for that. Has she forgotten that he’s the father of her great-grandchild? Kate’s ashamed. Sonny calls her a monster, just like his uncle Vic says. Kate reveals the reason is because she felt alone after Andre died and was establishing a new power base. She agrees she doesn’t deserve forgiveness and will make a public announcement of what she’s done. Leo pokes his head in. He shows them photos he has of Sonny and Will wrapping Leo up in the rug after thinking he was dead. Kate assumes Ted got the images for him. Leo reveals Ted found him in his car in the trunk and helped him when they dumped him, but he has vanished since. Everyone tries to get Leo to stop his blackmail but Leo still wants to marry Sonny. He lets him consider his offer and heads upstairs while Kate apologizes. “You can’t marry him,” she tells Sonny. She’ll try to fix this. Will kicks her out and Sonny cries that he’s going to have to marry Leo. 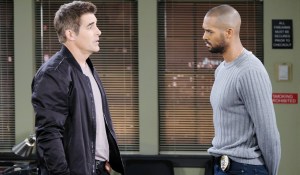 on a call that she’s lying to her husband. When she disconnects, he pretends he didn’t overhear her and again offers to take the locket to Jennifer. She refuses and takes off. Eli appears just as Rafe has decided to follow her. Eli needs help on a case so Rafe stays behind but his mind isn’t on work and Eli questions him. Rafe admits Hope’s lying to him. He shares the story and Eli encourages him to confront her. Rafe’s worried about how far this obsession with Ben will go.

Hope arrives at the Horton Cabin on Smith Island. 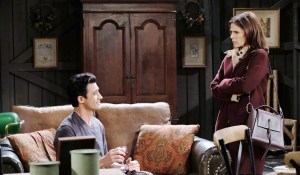 Ted’s having a glass of wine and reading. He offers wine and she barks that this isn’t a social call. He notes she’s tense so she accepts the wine and shares that Rafe found her ticket for the ferry and she lied to his face. “I hate myself for it,” she says. She’s moving him to another location. Ted worries about his safety. He calls Ben and they agree to meet later tonight as Ben allows Stefan to eavesdrop. Later, Ben goes on his date and Stefan fantasizes Gabby’s there with him, as Hope and Ted leave the cabin for Salem.

More: A murder, and a kiss in this week’s soaps roundup

Back at SPD, Rafe calls Jenn and learns Hope never met with her. He takes off to Smith Island.

Rafe arrives at the cabin and sees boxers on the floor and two glasses of wine, one with lipstick on it.

Hope and Ted arrive at some crappy hotel. Hope thinks she’ll have Ben where she wants him by tonight.

Ben and Ciara have a date.

Brady has an idea on how to get in his brother’s good books.

Kate Admits to Setting Up Sonny,...

Romance Is in the Air for Ciara and...