Kate Admits to Setting Up Sonny, While Chad Has a Confession of His Own

Monday December 3, 2018: Stefan is conflicted, Chad and Kate both fess up, Ted makes his play with Ben, and Gabi prints out the paternity results. 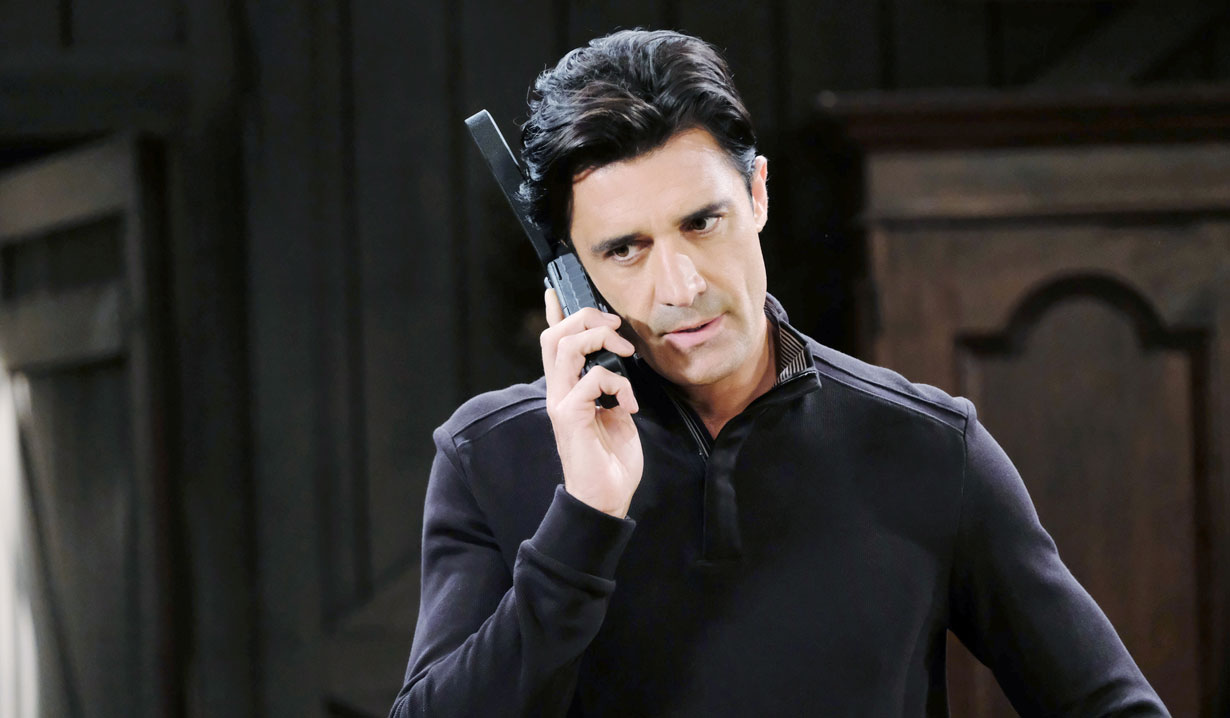 Hope covers at the station when Rafe finds her ferry ticket to the island. She says she went to get the locket Abigail left 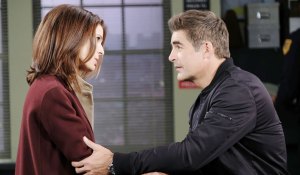 there because it means a lot to her. Rafe offers to drop it off at Jennifer’s, but Hope insists she’ll do it. Talk turns to Ciara and Ben. Hope declares she will do whatever it takes to keep her daughter safe.

While lounging at the DiMera mansion, Ben answers the phone to his former lawyer. Ted suggests they sue Hope and the Salem PD for false arrest and various other charges. They could make millions. Ted says he needs all the facts first though and asks if Ben tried to kill Ciara. Worried the phones are tapped, Ben says they talk in person or not at all. After they hang up, Ted calls Hope to update her. He says she needs to keep him safe if he is to meet with Ben. She will do what she can, adding that she can’t believe she is lying to her husband, as Rafe walks up behind her.

Will confronts Kate at Mandalay. Gabi tries to leave, but Will wants her to hear that Kate was behind the sexual harrassment lawsuit against Sonny. Will can’t believe his grandmother would do such a horrible thing to the man he loves. Kate denies everything. Gabi again tries to leave, but Will wants to know what they were talking about as he approached them. Kate says they were discussing Abigail. When Will questions why, Gabi tells him Abigail attacked her. Will is placated, so Gabi runs off. Kate tries to follow suit, but Will stops her. He asks her to tell him what she did. Kate admits she saw an opportunity to destroy Titan and she took it. She reminds Will he was in love with Paul at the time so she didn’t feel any obligation towards Sonny. Kate cries as she apologizes for hurting Will. He wants to know if she knows where Ted is now. She doesn’t have a clue. Kate worries she could go to prison. Will doesn’t want to get her in trouble because she’s always been there for him. He agrees not to say anything, but he wants her to come clean. 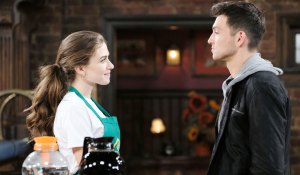 Kayla finds Ciara working at Brady’s Pub. They talk about her break up with Tripp. Kayla hopes they can work it out, but Ciara admits she has feelings for Ben. A flabbergasted Kayla advises Ciara not to jump into anything new so soon after a breakup. She would tell her that no matter who the guy was. Ciara assures her aunt they aren’t dating but she is having dinner with him. Kayla makes her promise to be careful. Later, Ben stops in Brady’s and discovers Ciara is working there. He, in turn, tells her he got a job and a place to stay. He asks about their dinner.

Gabi sneaks into Kayla’s office to print out Charlotte’s paternity test results. She runs into Kayla on the way out but brushes her off. When Kayla enters her office, she finds a crumpled paper with the password to her computer.

At the Kiriakis mansion, Sonny demands answers from Chad about Kate. Chad tries to deny any knowledge, but eventually tears up, admitting he knew Kate was setting Sonny up. Sonny rails at him, but Chad thinks they can fix this. Sonny doesn’t trust him or believe him anymore. Chad never meant to hurt Sonny, but his hate for Stefan blinded him. Once he put on his father’s ring, he became cold and ruthless. He offers to resign from his position and to do anything he can to help Sonny. Sonny isn’t remotely close to forgiving him and doesn’t want his help. After Chad leaves, Will comes to see Sonny. He not sure he got through to Kate. She enters and says he did.

Gabi looks over the paternity test results in the park as Chad finds her. 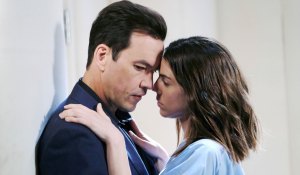 Abby cozies up to Stefan at Bayview saying she’s Gabby. Stefan backs away. He knows Abby’s desperate to get out of there, so she’s pretending to be the woman he loves. She continues to flirt with him, but Stefan says he never would have agreed to put her in Bayview if he thought she was Gabby. She says Gabby popped back out once Abigail was committed. A guarded Stefan keeps his distance. As tears roll down his face, Gabby tells him she loves him and talks about the life they could have together. He begs Abigail to stop doing this to him. She wipes the tears from his face says, “Would Abigail do this?” and kisses him. She tells him he can everything he wants: a real family with her and their daughter. He reminds her he signed the papers keeping her there, but she thinks he can rescind them. He kisses her again but says he has to go. Once gone, Abigail composes herself and paces while repeating that mommy is coming for her children.

Stefan visits with Charlotte at the hospital. He wonders if Gabby is really back.

Eli wonders to Rafe if Hope’s got a guy on the side.

Abigail Kicks Chad Out of Her Room,...

Leo Produces Shocking Proof Will and...