Abigail Kicks Chad Out of Her Room, Then Shocks Stefan

Friday November 30, 2018: Will goes to find Kate for answers, Ted cooks for Hope, Ben gets a job, and Abigail kicks Chad out of her room at Bayview. 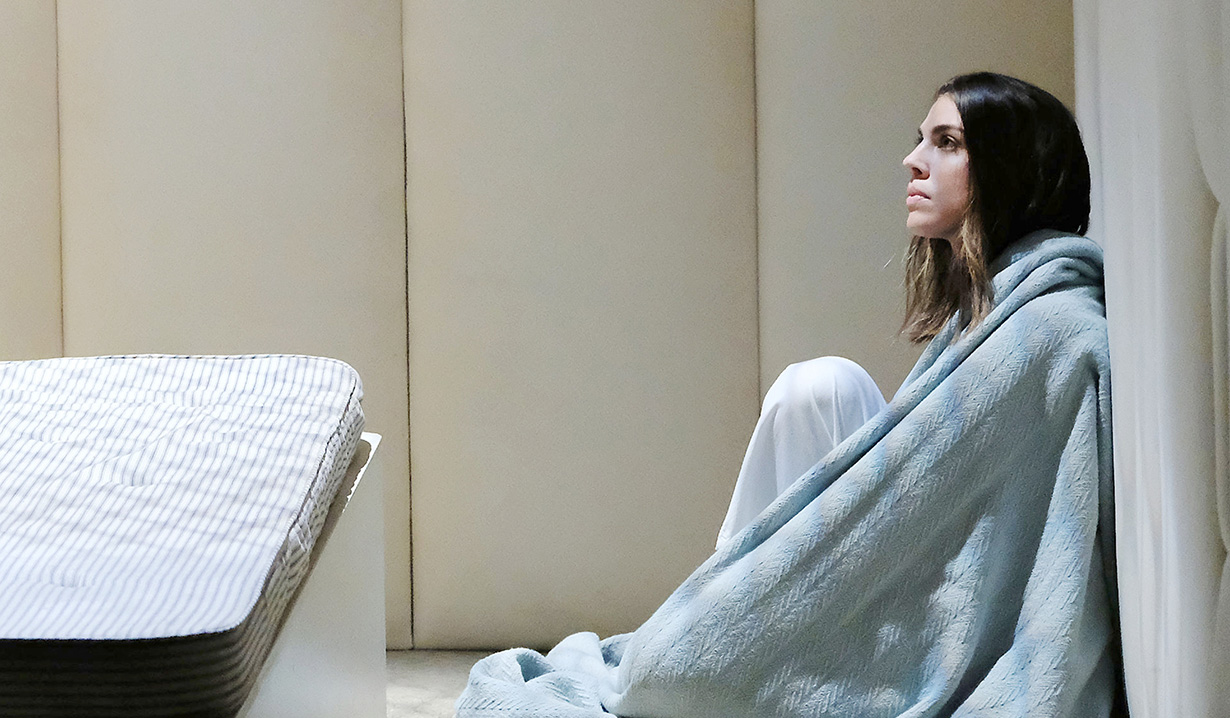 At the Kiriakis house, Leo reveals that Kate was involved in the blackmail. Will doesn’t believe it. Leo says Kate took over when Vivian died and that Kate also worked with Ted to blackmail Sonny. She ordered Leo to accept the settlement because she didn’t want to take down Titan when her boy Chad took over the reins. Leo goes on to disclose that Kate worked with Ted on the blackmail. Will goes to find his grandmother and get the truth from her. Leo says once he and Sonny marry, he won’t let him and Will embarrass him all over Salem. Sonny snipes at Leo. Leo doesn’t mind. He will give him another 24 hours to make a decision but if he doesn’t do what Leo wants, he’ll destroy Sonny and Will.

At Salem Inn, Kate stares at Will’s photo and feels sorry for getting involved with Leo, calling it a disaster.

At Casa DiMera, Stefan learns Ben knocked him out because Chad paid him to. It was nothing personal. 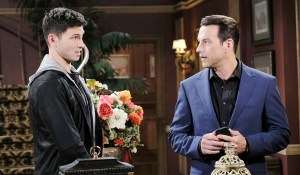 He needs work and Stefan needs a new head of security. He’s adept to spotting weakness in security systems after being locked up. Even for Stefan, hiring a serial killer is unorthodox. Ben says he had a psychotic break but was given a clean bill of health. He checks in regularly and takes meds. Stefan asks about Ciara. Ben didn’t try to kill her. Since Abigail is in Bayview, Stefan doesn’t think that’ll be an issue. He can sort of relate to Ben because everyone in town thinks of him as the man who took advantage of Abigail. Ben realizes he’s a pariah too. Stefan hires Ben. He offers to stay on the premise. Stefan is reluctant but says he can pay rent. He gives Ben his first orders to secure the house before Charlotte comes home.

At the cabin on Smith Island, Ted’s happy 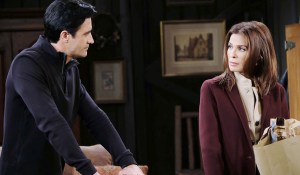 Hope brought him red wine which he missed the most during his kidnapping. Hope thinks that’s very telling. She demands he get her the goods on Ben. Ted starts cooking and she tells him she married Rafe there. Ted finds that romantic, then brings up Rafe cheating on her with Sami. Ted’s the jealous type. He admires that she forgave because he doesn’t think he could. They dine and she gives him a satellite phone to record Ben.

Rafe meets Gabi in the square. Rafe is worried about his sister, having heard about Abigail’s attack. Gabi assures him she’s fine and thinks he “should worry about poor Abigail.” Rafe mentions Abigail accusing her of gaslighting her. Gabi calls it untrue. Rafe looks skeptical. She claims to have resolved her issues. Gabi waves Kate over and announces that Rafe thinks she’s been framing Abigail. Kate defends Gabi and Rafe apologizes to his sister. He goes and Kate damns Gabi for forcing her to lie to the cops. Kate can’t believe Gabi admitted they both gaslit her. Kate’s annoyed. “Great.” Gabi gloats. Kate wants her to tell Stefan he’s not Charlotte’s dad. Gabi needs Stefan to bond with the baby first. Kate calls Stefan “plenty bonded.” Kate offers to do it for her but Gabs burned the original paternity results. Besides, Kayla is skeptical about Gabi gaslighting Abigail. Kate becomes more bitter. She says the truth needs to come out. Will walks up. He couldn’t agree more…

In his tan suit, Chad visits Abigail in Bayview. She removes the blanket she’s hiding under and tells him to go away, angry that he chose to believe that “vindictive scheming liar, Gabi.” Now she’s stuck in there without her kids. He’s sorry. He stammers that he hates this. “Get out,” she screams, then starts to cry. Chad has photos and videos of the kids so Abby looks happily at the children then becomes upset that she missed out on Thomas’ birthday. Chad told him that she had to go away, which pisses Abs off even more. She sobs and begs him to get her out of there. He can’t. But he loves her. She kicks him out. “I never want to see you again,” she says. The orderly escorts Chad out and Abby asks the orderly for help with something.

Back at the mansion, Stefan goes to see Abigail while Ben gets a call from Ted.

Hope arrives at SPD and drops a receipt for the ferry trip to Smith Island. Rafe questions her.

Chad arrives at the Kiriakis mansion. He drinks a shot and tells Sonny that Abby thinks he betrayed her. Sonny’s sorry. He tells him about Kate being involved in the sexual harassment lawsuit. Did Chad know?

Stefan visits Abigail at Bayview. She seductively pulls down her scrubs to show her shoulder and when Stefan calls her name, she says, “No, it’s Gabby.”

Rafe has a question for his wife. 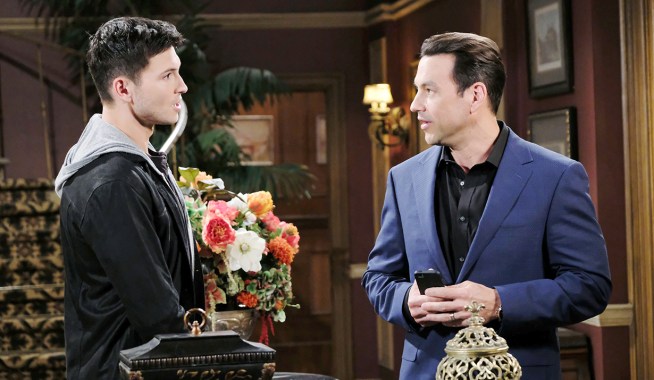 Kate Admits to Setting Up Sonny, While Chad Has a Confession of His Own 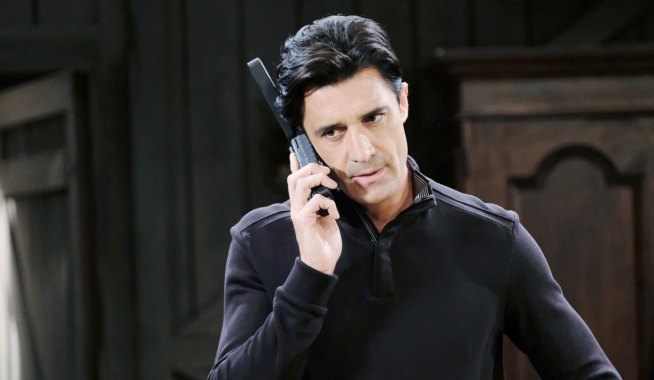