Leo Demands Sonny Marry Him or Do Time for Attempted Murder

Wednesday November 28, 2018: Leo makes demands of Sonny, Hope and Ted try to come to some agreement to work together, Kayla wants to know if Gabi drugged Abby, and Stefan changes his tune about letting Charlotte's family visit. 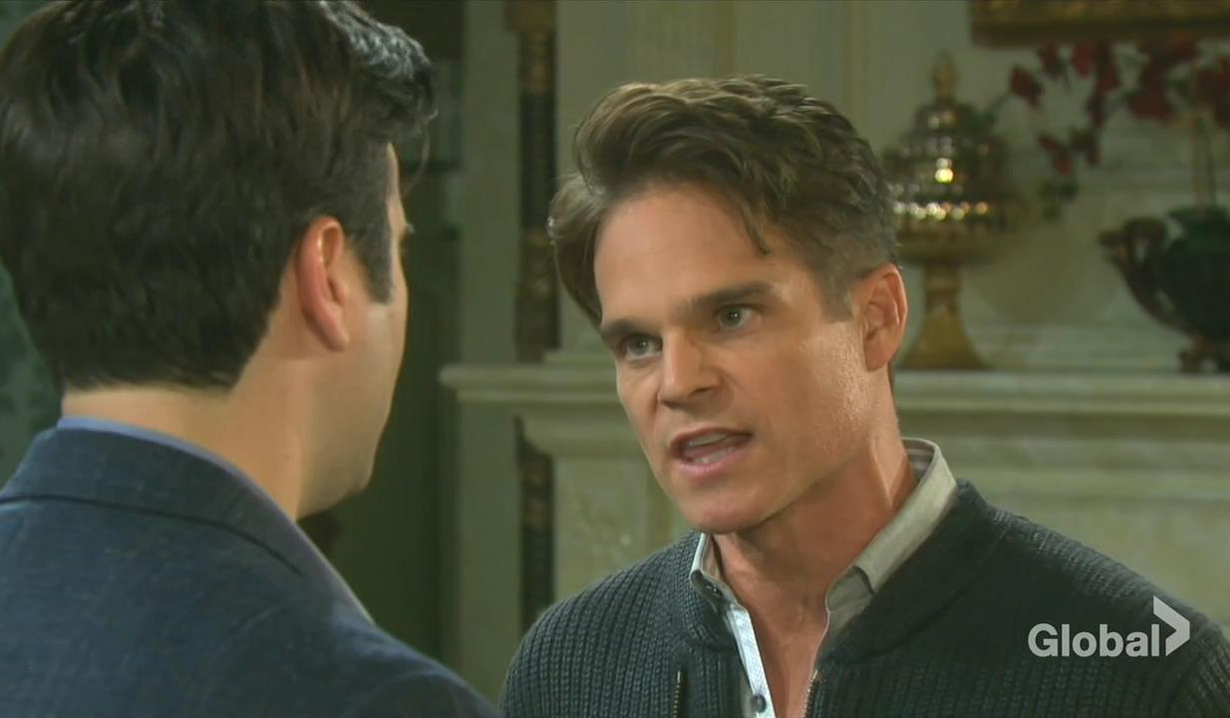 At the Kiriakis house, Leo would prefer a beach wedding but agrees to have one in the winter. Sonny thinks he’s out of his mind. Why would he want to marry him? Will answers. “Money.” Leo taunts them that they covered up his “death,” and that accounts for a lot in a court of law. Sonny refuses to marry Leo. He loves Will. Leo doesn’t care. He still has proof that Sonny sexually harassed him. Sonny scoffs knowing it’s fake. Leo will spin things to make it look bad for them both. He weaves a story about how they hated each other and then fell in love, thinking people will buy it. Leo goes off to find a room to sleep in, leaving Will and Sonny to wonder how the heck this happened. Will assumes Ted knows something.

At the park, Ted tells Hope that he knows things about Ben that Hope doesn’t. 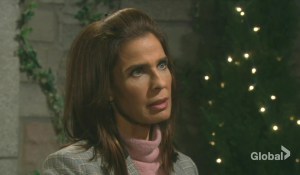 “He told you he tried to kill my daughter, didn’t he?” Hope asks. Ted has to tread carefully. He’s bound to confidentiality agreement. Hope becomes frustrated. Ted finally admits that Ben didn’t confess. Still, Ted can ensure Ben stays clear of Ciara. Hope wants a confession on tape. Ted never asks directly but he can find out as long as Hope can protect him from Stefan.

Outside the pub, Ciara and Ben kiss. They tell each other they’re not too broken to love. She kisses him when he asks what her feelings are, just as Rafe walks up. Rafe grabs Ben and throws him off of Ciara. Ciara yells that she wanted Ben to kiss her and Rafe contradicts her. Ciara doesn’t want him treating her the way her mom does. Rafe asks if she’s seen Hope, making Ciara worry, since she hasn’t been seen in a while, then warns Ciara that there are consequences to hanging out with Weston. This pisses Ben off since he didn’t cause the fire. 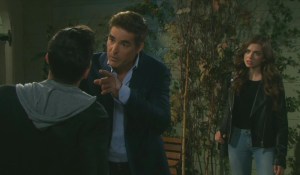 Ciara reminds Rafe that Marlena deems him to be well. Rafe talks about Abby being in Bayview and that he blames Ben for pushing her over the edge. He brings up Abby attacking Gabi, and asks if Ciara thinks she’s safe with Ben. He leaves and Ciara tells him his past isn’t a deal breaker. She asks if he set the fire and he denies that he’d ever hurt her. He wonders where to go from there. Ciara doesn’t think either should jump into anything. They agree to a date.

At the hospital, Kayla asks Stefan to allow Charlotte’s family to be there for her. He doesn’t reply but vows to do all he can for Steve. He doesn’t see her as the enemy. He goes and Kate appears. She learned from Roman that Kayla sold her out. Kayla never meant to hurt her. She was desperate to get Steve’s eyesight back. Kate calls Kayla judgmental and a hypocrite. Kayla agrees. She did it for the greater good and is sorry. Kate tells the doctor about working with Roman to take down Stefan. Kayla disapproves.

At the square, Gabi receives Kayla’s message to call and wonders what she could want. She flashes to being given the sleeping pills as JJ walks up. He blames Gabi as his sister is struggling and Gabi lied to Bayview about being married to him, causing her visit to Abigail to push Abs over the edge. Gabi talks up Abigail’s attack. JJ assumes something happened for her to react so extremely but Gabi feigns innocence. She feels bad and wants Abigail to be with her husband and family. Gabs has to go to see Kayla because she’s having trouble eating and sleeping so JJ heads over with her.

Back at the hospital, Stefan talks to Charlotte about not having a chance to buy 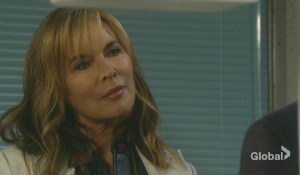 her books since she came early. He tells her a story about a princess named Charlotte until Kate interrupts. Stefan doesn’t want her germs. Kate washed her hands. “You’ll never wash the blood of my mother’s death off your hands.” JJ and Gabi arrive and JJ goes off while Kayla brings up Abigail’s allegations against her which involved drugging her. Kayla recalls prescribing a sedative for her. “Did you drug my niece?” Kay asks point blank. Gabi skirts answering, asking if Kay thinks she’s a monster. “Sometimes, good people do bad things,” Kay says. Gabi denies drugging Abby. She reveals Abby attacked her. In Charlotte’s room, Kate wants to know what happened to Ted. Before Stefan can respond, JJ interrupts. Stefan allows him to see the baby, having had changed his policy. He never had family as a kid and doesn’t want that for Charlotte. Stefan asks after Abs and learns she’s not doing very well. JJ returns and he and Gabi take off. Later, Stefan learns Ted escaped!

More: Jen Lilley’s Mingle All The Way out this weekend 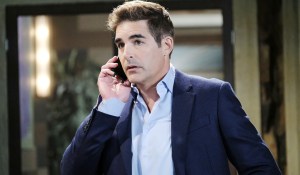 Back at the park, Ted won’t let Hope answer Rafe’s call because he needs to be placed into protective custody ASAP! Hope calls Rafe back and learns Ciara was kissing Ben. Shocked, Hope agrees to meet later. They say I love yous and disconnect.

In the square, Kate listens to the recording she made of Stefan admitting to keeping an eye on Ted since if he were to escape, he could tell all.

Ciara and Ben Kiss for the First...

Ben Asks Stefan for a Job As Head of...