Monday November 26, 2018: Claire is upset when Tripp tells her he's moving out, Ben confronts Tripp about setting him up, and Hope has a heart-to-heart with Ciara. 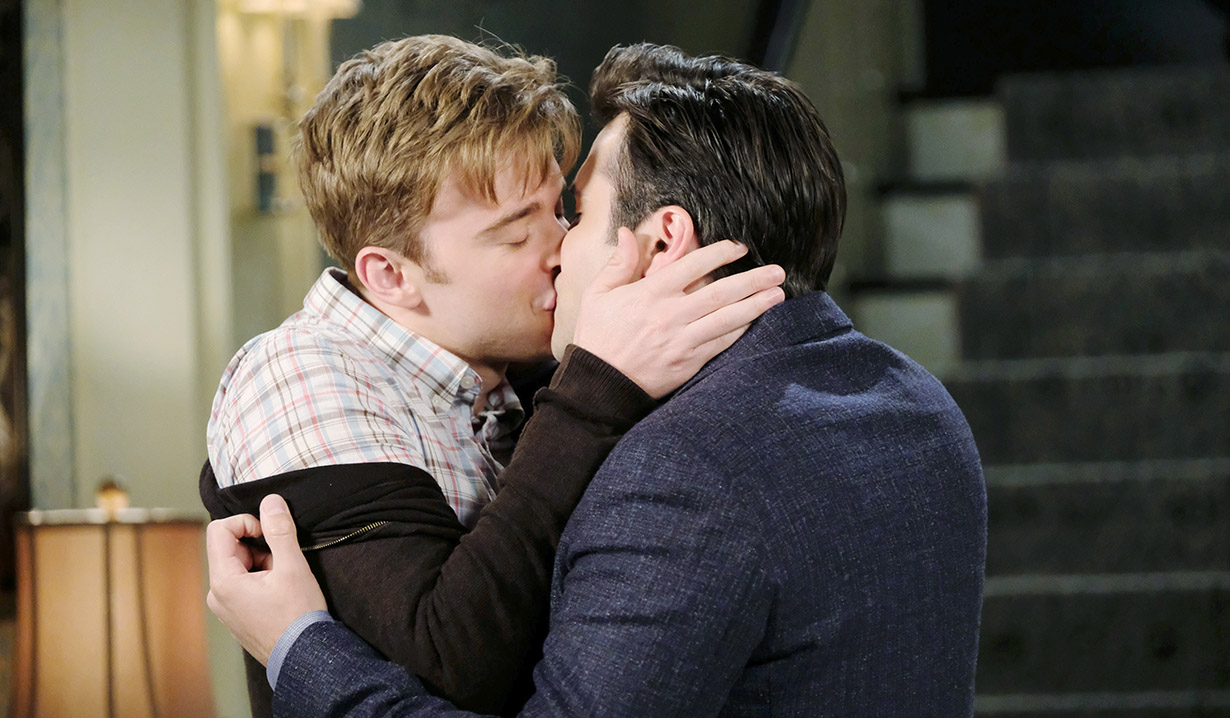 Rafe and Hope are full from eating 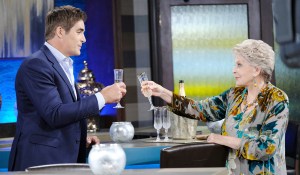 Thanksgiving at Gabi and Ari’s. They hug Julie on their way into Doug’s Place and Hope asks where Ciara is. Julie has no idea.  Hope kisses Rafe and he tells her how thankful he is for her. She toddles off to the loft and Julie notes that things are going well for him and her half-sister/step-daughter. Julie hopes Rafe doesn’t do anything else to screw it up. Rafe deeply regrets cheating on Hope and promises never to betray her again. They drink to love and Julie seems placated.

Tripp packs his things at the loft. Ciara looks hurt. He says he didn’t frame Ben to get her into bed. Ciara says it was about trust. He bitches about her trusting a serial killer. “What’s the big deal. He’s only taken a few lives. We all have our faults,” he rants. Ciara cries. “I really did love you. And I’m sorry things had to end like this.” Tripp’s sorry too. He goes.

Claire finds Ben at Mandalay and is thrilled to report that Ciara and Tripp broke up. Claire thinks it’s the perfect time to pounce. Ben is sure Ciara’s still hurting. He won’t go there until he’s sure Ciara has real feelings for him. No more games. He fels screwed over by Claire and tries to leave. Claire tries to grab him as Tripp wanders over. He gets between them and Ben confronts him about setting him up and threatens to call the police. Claire defends Tripp who grins wildly. He’s not sorry and encourages Ben to call the cops. Claire talks him out of it, proud that she was able. Ben thinks Tripp is trash and pushes up Claire’s tie on her uniform as he tells her to leave him alone. As he walks away, Claire touches her tie, worriedly. She goes to Tripp to warn him not to upset Ben or he may change his mind. When she hears he’s moving out, she refuses to let him. Privately, she vows not to give up on him.

In the park, Will’s shocked to see Sonny, who says he flew straight home when his uncle Victor told him that Will needed to see him ASAP. Will’s shocked that Victor even called him. After Sonny worries about Ari, then Paul, Will reveals Paul left town after finding out the truth about them. Will shares how Brady told Paul the truth and Paul’s amazing reaction which made Will feel even worse. Sonny feels bad that Paul left town but Will tells him about the program to help Paul walk again. They assume he’ll be running a marathon in six months. They share a kiss and Sonny asks him back to his place – and his bed. They kiss some more.

At the Kiriakis mansion, 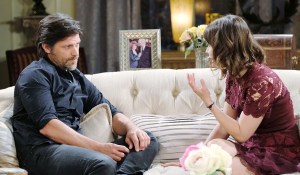 Eric and Sarah discuss Holly asking about her mother. It breaks his heart that she’ll never see Nicole again. Sarah is glad that Holly has him. He tells Sarah that Taylor’s overseas and Brandon’s with Theo. Eric laments that he was supposed to raise Holly with Nicole. Sarah says he has her and Maggie. Sarah considers that Eric should legally adopt Holly, then talks about her life in Chicago, stating that she’ll Skype. 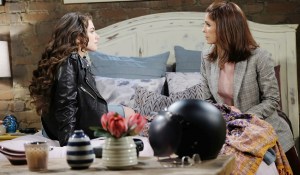 Hope arrives at the loft and asks why Ciara ditched Thanksgiving with her grandparents. She didn’t want to be around anyone because she and Tripp broke up. Hope’s so sorry to hear. They hug and Ciara reveals it was partially because Tripp thinks she has feelings for Ben. Hope questions if it’s true. They argue about Ben’s murderous past and how Hope’s being unfair. Hope asks if Ben’s victims had a fair shot. It’d be terrible if Ciara got involved with Ben. “If your father were here,” Hope starts… she yells that Ben’s a murderer. Ciara counters that he was sick and she doesn’t need her mom’s protection. She takes her helmet and runs away. 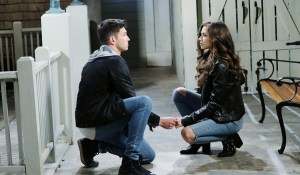 Ciara drops her keys outside the pub and Ben kneels to pick them up. They share a look.

Will and Sonny head into the Kiriakis mansion and smooch. The doorbell rings and Sonny opens the door to Leo who was presumed dead…

Outside Doug’s Place, someone comes up behind 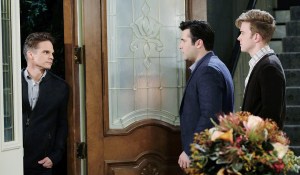 Hope and she attacks.

Days of our Lives Pre-empted Due to...

Ciara and Ben Kiss for the First...

Dave McCary: 5 Things To Know About Comedian Married To Emma Stone After 3 Years Of Dating

Why Isn’t Evan Rachel Wood’s ‘Once and Again’ Available to Stream?