Paul Leaves Salem As Tripp and Ciara Break Up

Tuesday November 20, 2018: Tripp and Ciara have it out over Tripp's scheme and break up, Val and Abe have a falling out, and Paul leaves Salem. 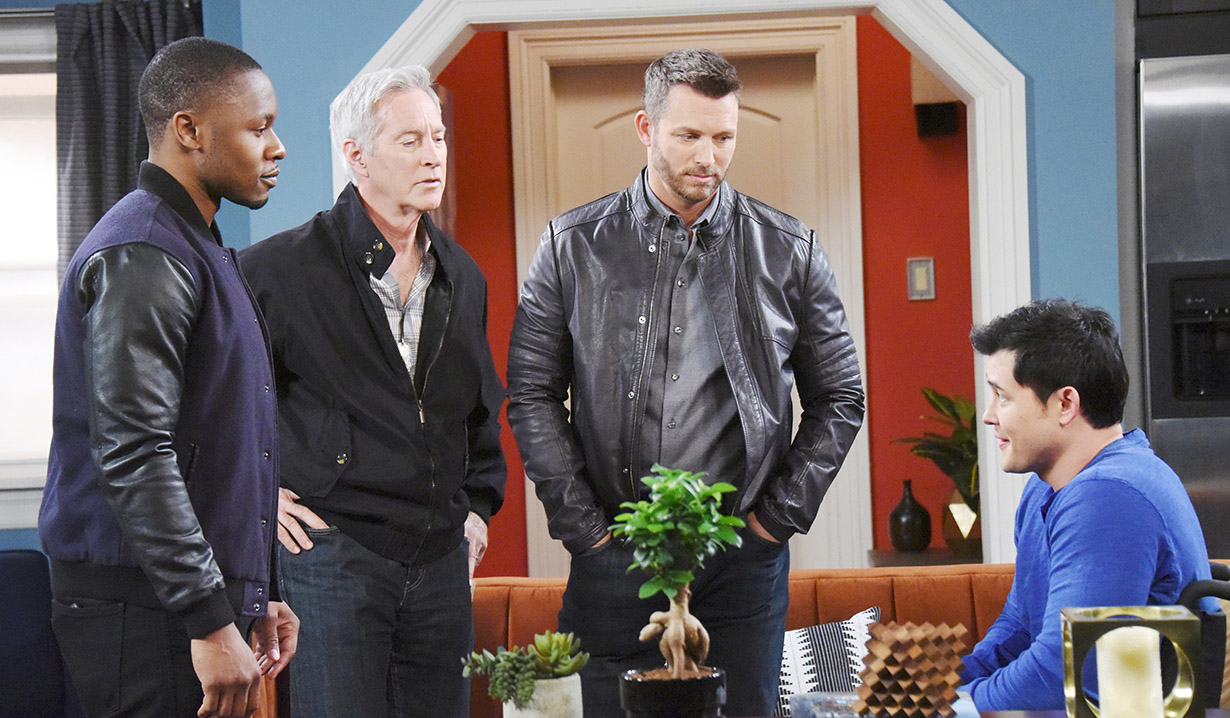 Abe jiggles his foot with disdain at SPD after Sheila barfs all over his shoes. She apologizes and Abe bags them and hands them to Sheila to get cleaned, then get him his extra pair of shoes from his office. Sheila’s shocked she still has the job, but grateful. She hugs Val on her way out and they head into the interrogation room and Val spills good news. She’s been offered Chief of Staff back at her old hospital in D.C. Abe’s thrilled for her. She asks him to come along. He can’t leave Salem. He’s the mayor. He won’t move and is hurt that she won’t consider staying. They discuss a long-distance relationship but can’t come to an agreement so Val walks out, upset. Sheila returns with Abe’s shoes and Abe tells her Val’s news. Sheila’s so proud of Val who has been chasing that job for years. When she sees Abe’s distressed, she calls him selfish.

Brady visits Paul at the new apartment to check on his brother. Paul shares that he confronted Will and then set him free. Brady’s sorry. Paul thought he found his soulmate. Brady tells his bro that he’ll be fine. He’ll find love again.

Outside the pub, Will leaves Sonny a message to call, then wonders where he is. 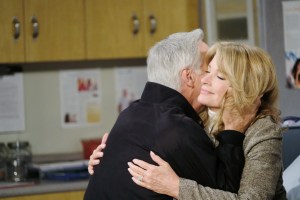 Marlena primps in a hospital bed at University Hospital. John walks in and she says Kayla’s given her the “all clear.” They smooch, happily. Will interrupts and is happy to learn Marlena’s going home today. They want to stop off and see his new place. Will stammers and admits he’s moving out. Later, John’s gone and Marlena says John’s just worried for Paul right now. She too wishes he wasn’t hurting but knows Will and Sonny love each other. Will admits he can’t get in touch with Sonny. Adrienne calls but won’t divulge Sonny’s whereabouts. Marlena tells him to be patient. They’ll reunite.

In the park, Ben tells Claire he doesn’t like being played. Claire claims she’s been doing all she can to help him get Tripp. Ben smirks and says he knows she threw him under the bus by covering up Tripp planting that evidence in the arson case. Claire thinks the important thing is that she scored more points with Tripp which is good for them both. Ben thinks it’d be better if he went to the police and had Tripp arrested. But if Tripp breaks up with Ciara, it’d have been worth it. Ben ends their agreement. He doesn’t trust her. She laughs, considering he’s The Necktie Killer. 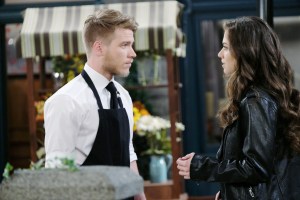 At Mandalay, Ciara is angry to learn Tripp set Ben up. Tripp says his only regret is that it didn’t work. Ciara takes a step back, in shock. Tripp thinks she put their lives in danger having Ben live with them and he had to take drastic measures. Ciara snipes that he could have gotten her mother fired. That wasn’t Tripp’s intention. Ciara thought he was better than this. Tripp was protecting her, doing this for her. Ciara corrects him. He was doing this out of jealousy. Ciara thinks he manipulated her into bed after she sent Ben packing, which makes Tripp wonder if she has feelings for Ben. If he was an option, would they have hooked up? Ciara doesn’t respond. Tripp breaks up with her.

John arrives at Paul’s apartment. Brady asks for their father’s help in stopping Paul from leaving Salem. Paul says he’s already arranged to move back to San Francisco. There’s an experimental program there that his mom told him about. John will miss him. They look at the facility online and agree it’s perfect for him but they’ll miss Paul. Paul will miss them but he’ll be video chatting with them all the time. John cries. “When do I have to let you go?” A knock comes. Paul’s handsome new physiotherapist, Luke, (played by Chido Nwokocha) arrives and is a big fan. Paul’s glad and hopes he can get him out of the wheelchair. Paul’s sorry to leave his dad in the lurch at Black Patch. John says it’s fine. Paul learned so much from his father about work, 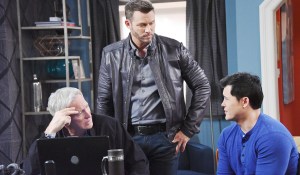 love and doing what’s right. “You have surpassed every expectation I have ever had about being a father.” John’s touched. He cries and says he’s proud of Paul. They hug and Paul weeps. They all say their goodbyes and Paul leaves Salem.

Claire finds Tripp back at Mandalay. He tells her he and Ciara broke up. She claims she’s sorry but smirks when his back is turned.

Ciara runs into Ben at the park and tells him the news, before running off.

Abe gets some news from Val. 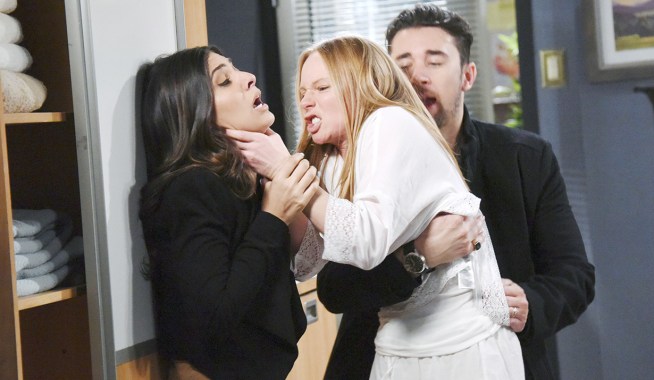 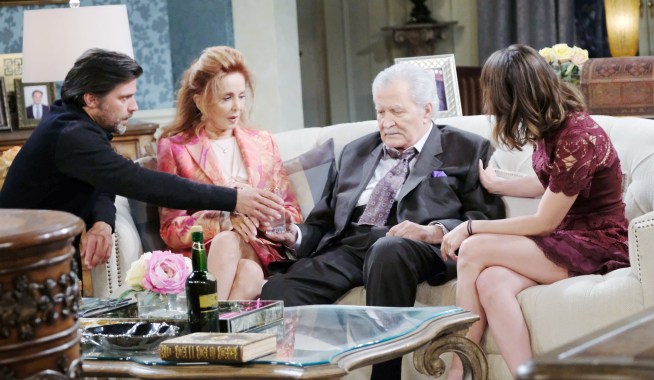