Thursday November 15, 2018: Rex decides to go see Gigi, Lucas is on his way to see Allie in Europe, and Will and Paul break up, only Will hears Sonny has left town. 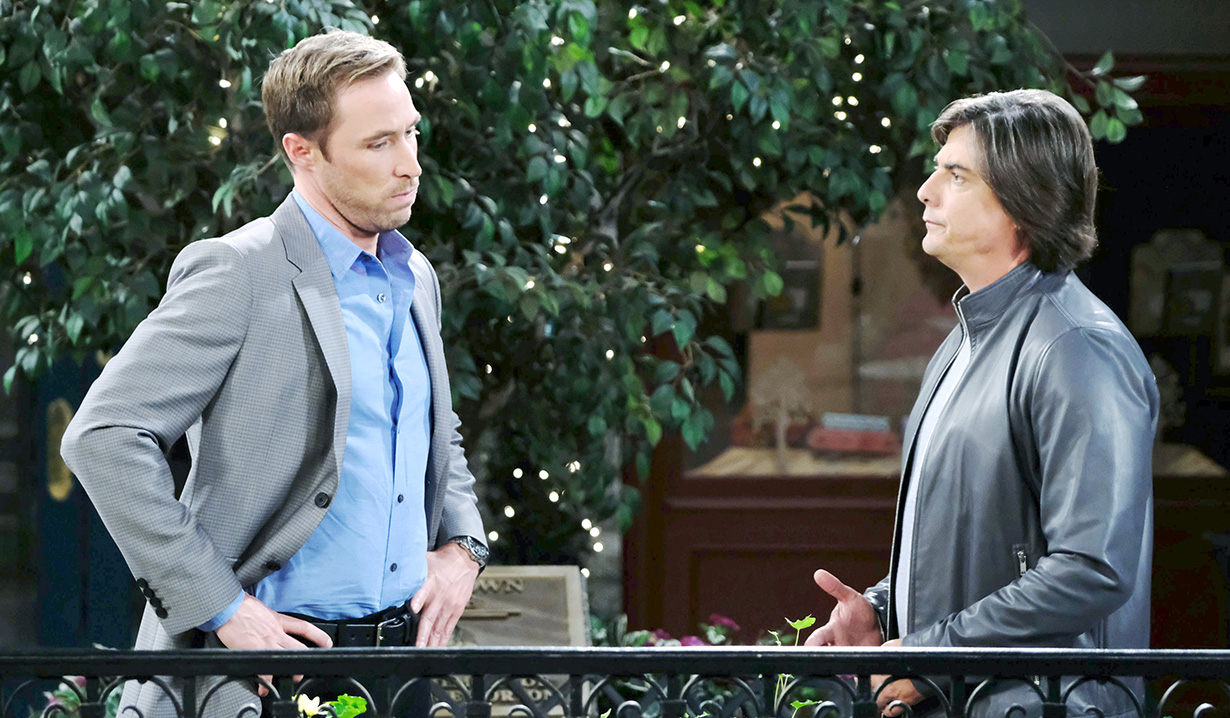 At the pub, Sarah thanks Eric for getting her out of the house. She takes a drink and calls Rex a few choice names. Roman overhears and Sarah spills the tea about Rex’s cheating ways. Sarah keeps drinking and Eric tries to stop her. She ignores him. She sees a couple getting engaged at the next table and flashes to Rex’s betrayal. She takes another drink and stumbles over to the couple and sits with them. She warns that “Mr. Perfect here will cheat on you. I guarantee it.” Eric runs to her and tries to get her to stop when the man, (played by Andre Steel), calls her obnoxious, so she throws her drink on him. Eric drags her off. She’s proud of herself for providing a public service, then runs off to the bathroom to vomit.

At the square, Rex gazes at the engagement ring and mopes. He sees Lucas and they discuss how Lucas is holding up, which isn’t well. Lucas grimaces. He asks if Rex patched things up with Sarah. Rex hasn’t and isn’t sure he ever will. 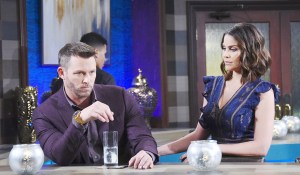 At Doug’s Place, Chloe tells Brady he doesn’t look well. He admits he’s been playing God in Paul’s life the way he did with Eric. It might have been a big mistake by telling Paul that Will and Sonny are in love again. Chloe’s saddened but she thinks it was the right thing to do. Brady’s not sure. If he told Eric how Nicole felt about him, she’d still be here. He asks if Chloe hates him. She doesn’t. It’s important to focus on ensuring Nicole lives on in Holly. Brady doesn’t think his bro will allow him near her. Brady wishes he had one relationship that didn’t implode. Chloe reminds him she’s his friend. They hug, and Lucas appears. Brady leaves and Chloe hugs Lucas, who also needs a hug. Chloe hopes the holidays will bring some joy to the world to everyone. Lucas invites her and Parker to Europe to see Allie. Though Chloe wants to, she already made plans with her parents. They’ll miss one another. They profess their love.

At the Kiriakis mansion, 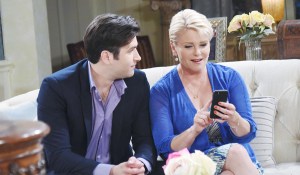 Sonny finds it difficult to think of anything but Will. Adrienne brings him a grilled cheese sandwich and tomato soup – his favorite comfort food. Adrienne’s in a good mood, knowing Bon Bon is going back to prison. They talk about Will and Paul and Adrienne offers to be her son’s wingman. She helps him download a dating app which embarrasses him. Adrienne swipes through the hotties as Sonny looks on, pained. She apologizes, realizing she should stop. Sonny knows she meant well.

At Paul and Will’s new place, Paul tells Will that he’s moving out because he knows that Will’s in love with Sonny. Will denies it then asks if Paul read his journal. Paul was tempted, but he didn’t. Paul tears up and knows that Will’s with him out of obligation. Will’s sorry. He was in love with Paul but then his memories and feelings returned. It doesn’t invalidate or diminish what they had. Will couldn’t tell him the truth after he became paralyzed. Paul isn’t interested in Will staying out of pity. Will denies that’s what it was. He fell in love. Will grabs a box and says he’ll send for the rest later. They both wish things could be different. Will goes and Paul cries.

More: Watch Christmas at the Palace in November

Rex goes to Kate at Salem Inn and recaps how he proposed again to Sarah, 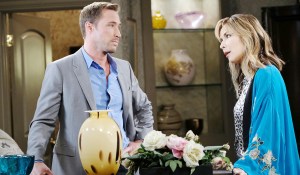 but she won’t forgive him. Kate offers to tell Sarah that Rex was drunk and “that minx” Mimi took advantage of him. Rex scoffs at that. Kate then suggests she talk to Sarah on his behalf to let her know it was just the one time. Rex cringes. He cheated on Sarah twice – once with someone else. “God! What the hell?” Kate squeals. She chastises him, but he already feels terrible. Kate doesn’t think Sarah’s going to forgive him. She thinks he needs to go after Mimi and be a part of his daughter’s life.

Rex arrives at the pub and tells his father he’s off to Pennsylvania to see his daughter. He sees Sarah and repeats his intentions. He calls Eric family and says he’s there whatever he needs. He says goodbye and goes. Outside, he stares at the ring again as inside, Sarah looks crushed. She holds Eric’s hand as he gazes at a medallion. Meanwhile, at the Inn, Kate stares at Rex and Lucas’ photo, sadly, and at the square, Brady considers calling Eve. Meanwhile, Paul is devastated, while Will goes to the Kiriakis house and learns from Adrienne that Sonny left Salem.

Abigail's Committed to Bayview After...