Wednesday November 7, 2018: Sami searches for Susan and EJ, Gabi forces Kate to help her, and Stefan promises to protect Abby. 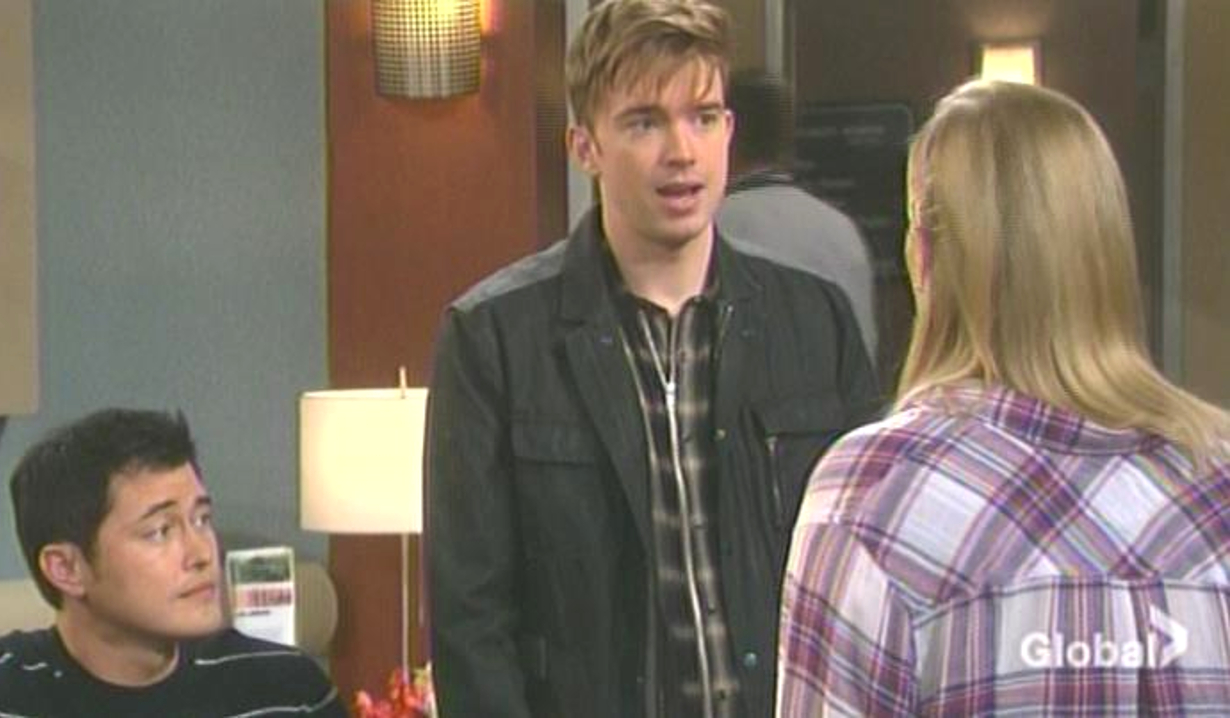 Chad bangs on the door of Casa DiMera. Stefan opens and shoves him away. Chad shouts to Abby through the door. She comes down the stairs and Stefan leads her away as security arrives outside and orders Chad to go. Back inside, Stefan tells Abby that Chad just wants her if she lives up to his expectations. Abby doesn’t think Stefan is being altruistic and is waiting for her alternative personality to come back. She says that her alter is not returning and Gabi has been trying to convince Chad to lock her up. He flashes back to attempting to convince Gabi that Abby is to blame for all her problems. Abby is sure that Gabi wants more than revenge. Seth Burns calls and informs him that Elvis is alive. He asks Abby to come with him but she wants to avoid Sami. As he leaves, Stefan promises to protect her. Gabi gets home and finds JJ there. He informs her that Chad couldn’t commit Abby. He’s not her husband anymore. Gabi is shocked and claims that Abby must have been taken over by her alter again. JJ explains she was terrified of being locked up and was protecting herself. He apologizes for almost kissing her before she left. After she’s gone, Chad arrives and the two men worry about rescuing Abigail from Stefan and her alter. After JJ takes off, Chad asks himself what his father would do. Soon, he’s with Ben and explaining that he always rebelled against Stefano’s Machiavellian ways but not anymore. Stefan has taken everything he had and he’s going to do whatever he must to get it back… and Ben is going to help. At the hospital, Kayla confirms for Sami that the DNA test proved that the mystery patient is EJ. Sami panics about where he has disappeared to. Kay makes calls and Sami notices all his stuff is gone. As the doctor goes off to check with security, Sami runs. Down the hall, Will arrives to get Paul, who is eager to leave and see their new place. Will spots Susan by the elevator and wonders what she’s doing. She pretends she didn’t recognize them and flashes back to seeing the DNA test results. Susan claims she just came to see Paul and starts trashing ‘mean, mean, mean’ Sami, complaining to Paul about “The sacrifices you made for that she-devil.” She gives them hugs and runs into the elevator. Samantha rushes in and explains to her son that EJ has gone missing. Will mentions that Susan was there and looking shifty. She starts to panic and Will tries to calm her. He has to talk her out of calling the cops and making things worse. Paul mentions that Susan said he was lucky he didn’t wind up in the morgue. Sami takes that as a hint and runs. Kayla shows up with the discharge papers for Paul. They talk about Sami going after Susan. Kay is sure none of them will get out undetected. Susan sneaks into the morgue where EJ is. She plans to dedicate her life to getting him better with the help of Roger and Marbie, her Marlena doll. She finds a doctor’s scrubs and mask. Before she can wheel him off, Sami bursts in and deduces it’s Susan by her socks and sandals. They argue about who took EJ away from who first. Susan lectures her for keeping his survival from her. The bickering turns to shoving and while Sami tries to apologize, Susan grabs a scalpel and starts waving it in Sami’s face. Gabi shows up at Kate’s and complains about Abby ruining her plans. Kate hopes that Abby and Stefan sail off together. As Gabi rants, Kate advises her to stop playing games and just tell the truth about the baby. That wouldn’t be enough for her. She wants Abby destroyed so she can take Chad back. Kate urges her not to trap herself in a sham relationship. Gabi thinks about JJ but refuses to wait for love. When Kate suggests the only thing to do is prove that Abby is a threat to society, Gabi asks her to go to Casa DiMera, drug Abby, and then trash the place so it looks like Gabby attempted to kill her. “No,” Kate says. Gabi threatens blackmail which prompts Kate to point out that she has plenty of dirt on her too. This doesn’t worry Gabi.

Unable to believe she’s doing something this insane, Kate shows up at Casa DiMera with some pills and knocks on the door. Abby answers.

John & Marlena Finally Marry in an...