Tuesday November 6, 2018: John and Belle make up, Bonnie decides to turn herself in, Lucas says goodbye to Emily, Sarah dumps Rex, and Sami gets a shock. 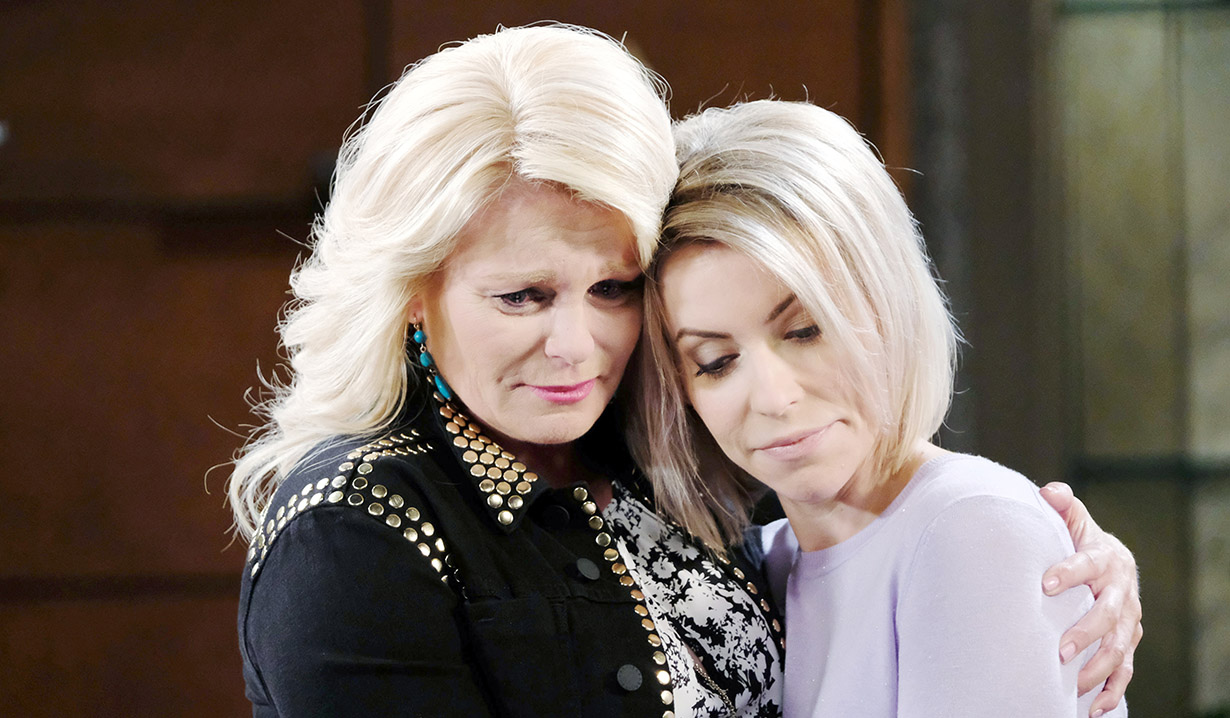 Susan visits EJ at the hospital and reads the DNA results. She learns he really is EJ. She sees the Marlena doll and realizes Sami duped her. Near the hub, John wheels Marlena up and Belle gripes at her, thinking she’s Hattie. Marlena repeats the words Belle said to her when she was being wheeled into surgery and Belle cries out, knowing it’s really her mom. The women hug their mother and tell her that they’ve worked out their differences. John reveals Hattie agreed to a divorce. Sami gives them news about EJ being alive. John and Marlena are thrilled. Belle takes the opportunity to apologize to her mom for sharing the advance directive, which was the hardest decision she ever had to make. Marlena already understands. She did exactly the right thing. Meanwhile Bonnie visits Hattie and tells her Operation Bon Bon failed. She asks Hattie to help her stay out of prison by lying that she has a split personality. She can say, “Ronnie made me do it!” Hattie can’t. She’s going back to the clink and is able to convince Bonnie to go back. John takes Belle aside and they make up, Marlena talks to Sami about her fears that EJ will never be the same. Back in EJ’s room, Susan hears the Marlena doll, Marbie, begging to be let out of the Ziplock baggie. Susan takes the doll out and apologizes. Marbie the Barbie doll calls Sami “Mean, mean, mean.” She used her for the DNA test and wasn’t going to tell Susan EJ was alive. Marbie urges Susan to stop Sami. Near the hub, Marlena asks her kid not to give up hope. Sami receives a call that excites her. She disconnects and tells her mom she found a clinic in Italy for EJ to recover in. Marlena’s happy that this brings Sami hope. John wheels Marlena to see Hattie. Marlena thanks her for saving her life. Hattie’s shocked. She says she’s now at peace with herself. Meanwhile, Sami returns to EJ’s room and he’s missing.

At the square, Lucas understands the reason Chloe went behind his back to get the second DNA test. But it was too late. He loves Baby Bonnie and is devastated.

At Doug’s Place, Rex holds Emily and tells Mimi he felt a strong connection to her when he first held her. Mimi explains that she thought she made the right choice in keeping this from him but yesterday he mentioned wanting to be a dad but says he’s not obligated to be a part of Emily’s life. Rex needs time to gather his thoughts. The baby does a few raspberries and Rex gives the kid back to Meems and goes. Chloe and Lucas appear. Lucas sees the baby and feels terrible. Mimi apologizes for all of this. She never meant to hurt them. Chloe judges Mimi who reminds her of what she did to Nicole. Lucas knows Bonnie was calling the shots. Mimi says she and Emily are leaving Salem tonight, so Lucas says goodbye to the baby.

At the Kiriakis mansion, Sarah reels over the knowledge that Rex cheated on her. Maggie encourages her daughter to let it all out. Sarah wants to kill him. She feels like an idiot. Rex is the one who wanted to move in and get engaged. Why bother if he’s just going to cheat? Rex turns up. Maggie leaves him to apologize. Rex calls the cheating a stupid and thoughtless mistake which made him have a moment of clarity. He knew then that all he wanted was Sarah. Sarah’s not impressed with his epiphany which came after sex with his ex. She asks if Mimi was the only time he has cheated. Rex is quiet, so Sarah assumes the worst and slaps him hard, across the face. Rex is sorry. He’s made bad decisions he regrets but always came back to her. “And lied, to my face,” Sarah says. Rex vows he’d never cheat again. He thinks he got it all out of his system. Sarah cries and tells him it’s over. She gives back the ring. Mimi feels awful about everything. Bonnie arrives. Mimi says she’s leaving Salem. Bonnie asks Belle to continue being her lawyer. She wants to negotiate a deal to turn herself in. Belle agrees to help. Mimi’s proud. Bonnie thinks she hit the jackpot with a daughter like Mimi. She vows to be a good grandma since she’s not a good mother. They embrace.

Gabi’s alarmed after she learns something. 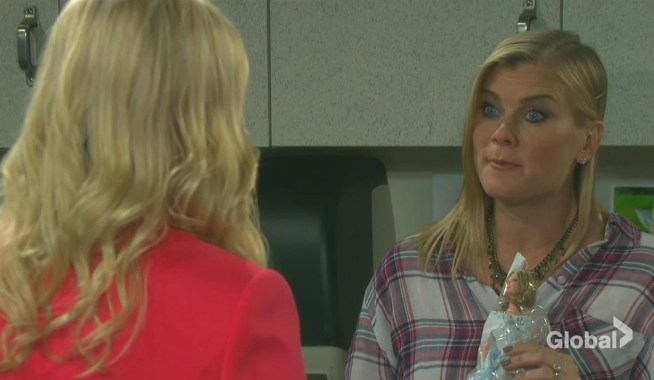 Sami's Euphoric That EJ's Alive but Worries About Amnesia 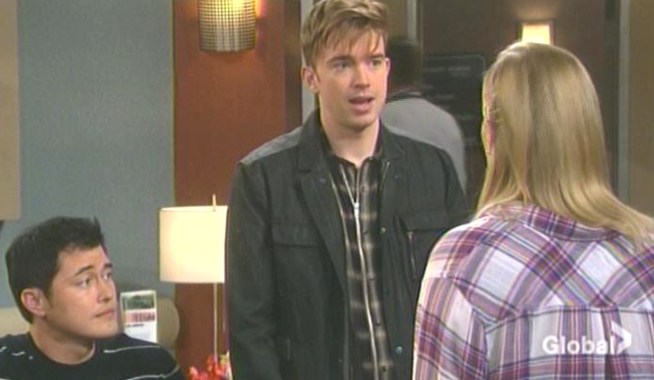