Sami’s Euphoric That EJ’s Alive but Worries About Amnesia

Monday November 5, 2018: Sami gets the happy shock of her life, Victor and Susan face-off, and Rex learns he's a daddy. 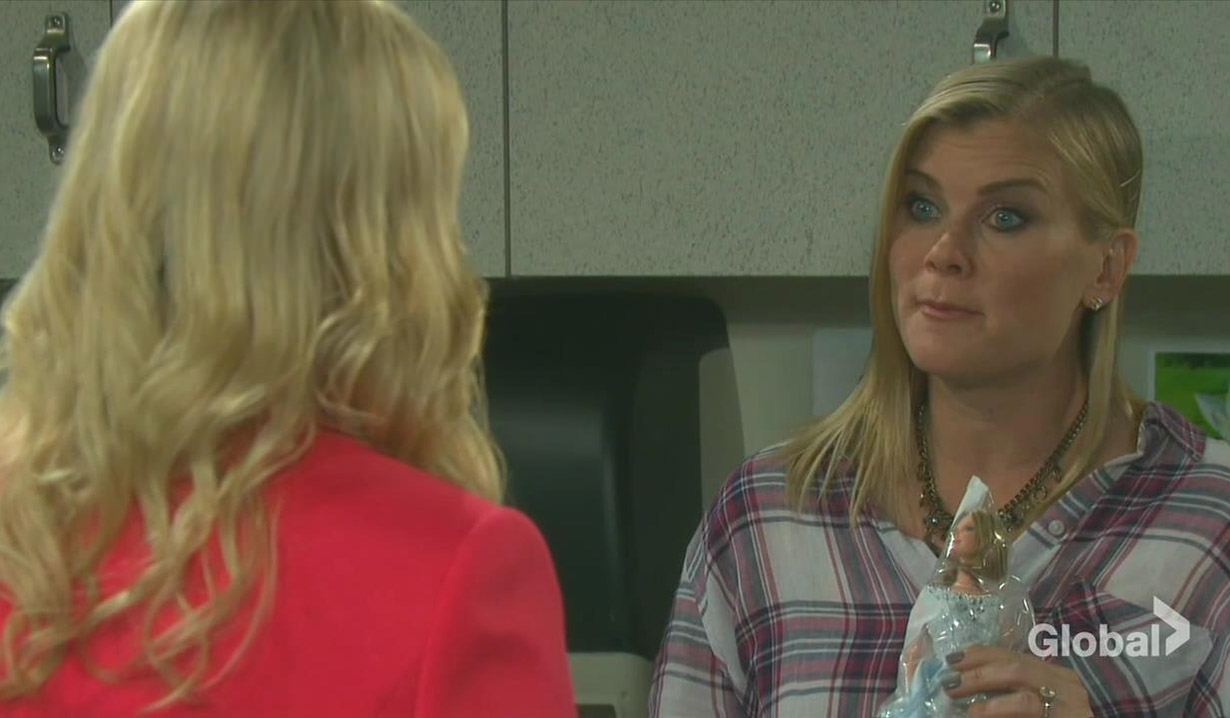 Chloe arrives at Doug’s Place. She wants to talk privately with Lucas. Nearby, Bonnie downs her champagne as Mimi reminds her she screws things up when she drinks. Bonnie ignores her and asks for yet another glass of champagne, while Maggie narrows her eyes at Bon Bon. Nearby, Rex introduces Sarah to Chloe, who drags Lucas away. Mimi can see what Chloe’s up to and tries to get her mother to leave but Chloe stops them. Lucas follows and Mimi blasts Lucas for bringing her baby sister to a party then ignoring her. Lucas says she’s sleeping. Chloe blurts that the kid isn’t her mother’s, “She’s yours, Mimi.” Lucas says he was drunk but he knows he “slept with” Bonnie, not Mimi. Meems chimes in that she can’t have children. Chloe apologizes for blurting this out when Maggie approaches. Chloe tells them that she did another DNA test that used more markers. Lucas is confused. Kate assumes Bonnie used the baby as a get-out-of-jail-free card. Lucas becomes emotional, realizing the baby isn’t his. Kate reams out Mimi while Roman lurks and Bonnie defends her kid, admitting she didn’t give Mimi a choice. Mimi confesses Chloe’s right but again, Lucas doesn’t get how the first DNA test revealed he was the father. Rex overhears everything and steps up to tell them that the baby is his. Sarah’s eyes widen in shock. Rex tells her that it happened when they hit a  rough patch. Sarah screams and runs off with Maggie after her. Bonnie sneaks off as Roman lashes out at his son and Kate’s surprised as a doctor, that Rex didn’t use protection. They leave and Lucas and Chloe leave. Rex watches as Mimi fawns over her “little miracle.” Rex tells Mimi that the baby’s beautiful. Mimi says she’s a darling, and curious. Rex thinks Bonnie has her smile. Mimi reveals her name is Emily.

At the Kiriakis house, Victor’s annoyed when Susan enters the lounge. He tries to get rid of her. Susan thought he’d be at the engagement party. She babbles and Victor says he’s losing brain cells listening to her. He wants her gone and suggests a hotel. Susan read that Greeks are well known for their hospitality. Victor is surprised she said something that wasn’t inane but he’s desperate. He’ll pay her to go away. She babbles about wanting to see Marlena first. While Victor insists he must have died because this doesn’t seem real, Susan calls him a “Gloomy Gus” and asks if he’s ever considered getting a dog. Susan thinks he needs cheering up and turns on the TV to find an old Elvis movie. She comes up with The Mummy, then has a premonition that Elvis is alive. Excited, Victor tells her to hop on a plane to Nashville to find him. Susan says she means her son, Elvis. Vic tells her he’s in the hospital recuperating from 90% burns all over his body. Susan’s hurt that nobody told her. Victor explains about the warehouse exploding and Sami finding a man burnt beyond recognition and Kristen and Nicole died. How did she not know this? Susan only reads The Intruder. She runs off, angry.

At the hospital, Sami holds the envelope with the DNA test results inside. Belle apologizes for everything and Sami says of course she forgives her. She doesn’t exactly bat in her league of screw ups. Sami laughs but Belle has regrets. They agree to move on and do better. Sami knows she screws up. “I push you or I sell you.” Belle frowns. “Too soon?” Sami asks. Belle agrees. Sami laughs. She tells her sister the story about breaking Hattie out of jail and moving Marlena to a new room so that they couldn’t use the advance directive on her. Belle’s shocked. She can’t believe she didn’t know it was Hattie in that hospital bed. Sami says she didn’t for a while, either. They decide to open the envelope and Sami learns EJ’s the mystery patient. She cries happy tears and tells him she never gave up on him. Belle notices the Marlena doll and Sami confides she used the hair for the DNA test and explains it came from Susan. Belle finds the whole thing bizarre. She orders Sami to take her to their mother so the two go off, leaving the DNA test results behind. On the way, they argue about whether to tell Susan, just as she arrives in EJ’s room.

At the pub, Kate calls her sons clueless about women. She worries Lucas will never get over it, especially since the baby’s his niece. Roman knows he’ll get through this.

At the square, Chloe apologizes for going behind Lucas’ back.

Back at the mansion, Maggie comforts Sarah as she sobs. 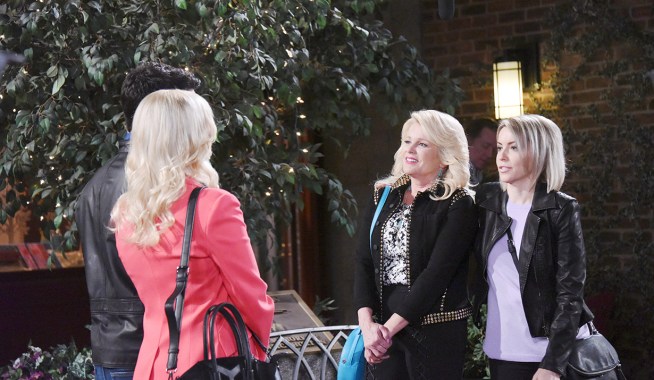 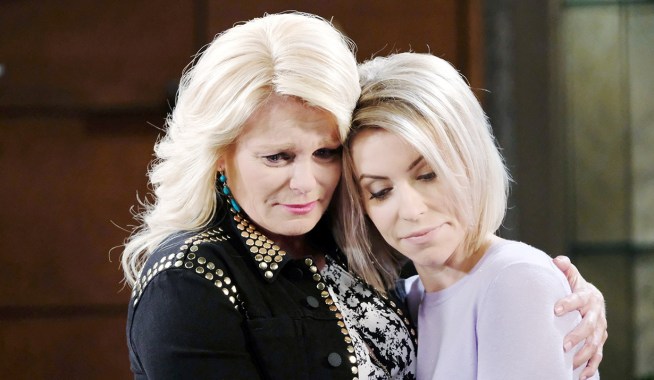