Abigail Marries Stefan to Keep Chad From Committing Her

Friday October 26, 2018: Rex and Mimi discuss the baby, JJ, Jenn and Chad try to find Abigail so they can commit her, and Chloe knows something is strange about how Bonnie's acting about her baby. 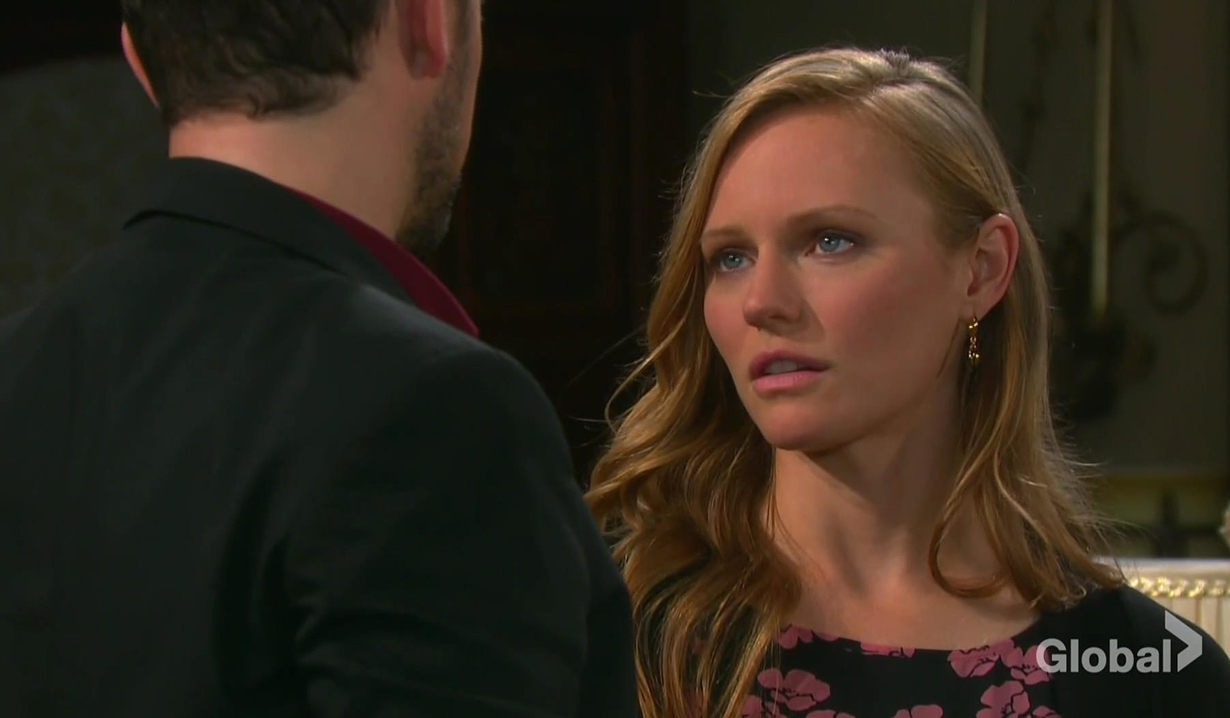 With Gabi following, JJ storms into the DiMera mansion calling for Stefan. Gabi tries to calm him down but he can’t until he finds his sister. They split up and Gabi calls Kate to tell her nobody’s seen Abigail since last night. Gabi wants her found. If she’s lucky, she’ll be committed today. JJ walks up. Who is she talking to? Gabi lies that she called Rafe and opened up about how bad things are. JJ’s upset to hear it’s come to this.

At Alice’s, Jenn and Chad tell Justin that Abigail went missing as of last night. They want his help in committing Abigail. Justin says it’s not an easy feat. They give him the Cliff’s Notes on Gabi’s story that Gabby attacked her. Justin’s sorry. Chad provides a photo and statement from Gabi and Justin reveals there’s no going back from this. When it comes time to sign the documentation, Chad hesitates. Both he and Jenn look devastated as he signs.

Lucas arrives at the Kiriakis house looking for Justin to help with his custody case. Maggie tells him Justin’s out but knows Justin will fight for him. Lucas worries his past will ruin his case. Maggie reassures him that no matter what, his family is there for him.

Confused, Chloe finds Bonnie at Mandalay. Why isn’t she with her baby? Bonnie assumed she was with Lucas. Chloe can see someone has been lying. Bonnie sucks back a Caesar and starts stumbling once she gets up. Chloe refuses to let her near the baby, hammered. Bonnie goes on about the night she and Lucas had sex. “He passed out before it was even over,” she lets it slip. Chloe narrows her eyes. Then how did she get pregnant? Bonnie brushes her off until Lucas appears. He can tell she’s drunk and is upset to learn she choose booze over the baby. Bonnie yells about him bossing around like the kid is his. He has to get it through his head that Bonnie doesn’t belong to him. Lucas and Chloe’s eyes widen. Bonnie realizes her mistake and covers.

Rex stumbles upon Mimi outside the pub. Both are awestruck to see the other. Mimi lies that she’s in town to meet her sister. Rex knows exactly who she is and who she belongs to. Mimi sucks a breath in and Rex says Lucas told him he’s the father then asks to hold her. Mimi reluctantly agrees and Rex moons over the baby. Mimi comments that she likes him. Rex admits holding her makes him want his own. They argue over who should win the custody case and Rex apologizes. Last time they saw each other things were good between them. “You mean we slept together.” Rex says she was amazing. Mimi glares and he laughs and clarifies that he means at the poker table. They laugh and they talk about how his fiancee is flying into Salem right now. They reminisce about their wonderful past together and think Chicago and sex meant closure. “We’ll always have 7 card stud,” Mimi says. Rex laughs. They part ways.

Back at the mansion, Abby and Stefan meander in, unhappy at the unwanted guests. Gabi feigns concern though JJ really is. He calls Jenn to update her and says Abby’s acting weird. Jenn and Chad will be right over. A few minutes later, they appear and JJ and Gabi are asked to leave while Abigail informs Jenn and Chad she heard them discussing committing her. Chad says they don’t want to but they want what’s best for her. Justin calls. They’re ready for Abby at the psychiatric ward. Chad hands over the commitment papers. Abs isn’t going anywhere. Chad says she has no choice but Abby does. She and Stefan got married. Chad stares off.

Mimi and Baby Bonnie arrive at Mandalay. She worked it out so they’ve shared custody. Mimi’s upset to hear her mother’s drunk. Lucas takes the baby away. Mimi tells her that Rex is in town, met the baby and is crazy about her.

JJ and Gabi sit at the square while JJ reels over Abigail feeling betrayed by him. Gabi reassures JJ that this is the best thing for his sister. JJ worries she’ll never forgive them.

Chloe and Lucas return to Doug’s Place. Neither of them understands why Bonnie would raise a big stink then bail on their daughter. At least Mimi’s got good instincts. Chloe considers Bonnie’s words as Lucas gets a bottle. Chloe realizes Mimi must be the baby’s real mom.

At the pub, Rex gets a call from his fiancee who is outside her mom’s house. She’ll meet him at the pub later. They share I love yous and his fiancee knocks on the Kiriakis door. Maggie answers, shocked to see Sarah Horton, her daughter, (played by Linsey Godfrey) They embrace. 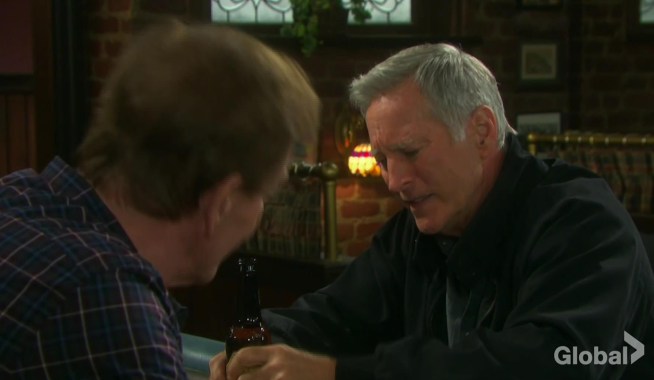 John Bribes Roman Into Taking Hattie Off His Hands

Maggie's Crushed That Nicole's Died and Cries in Eric's Arms 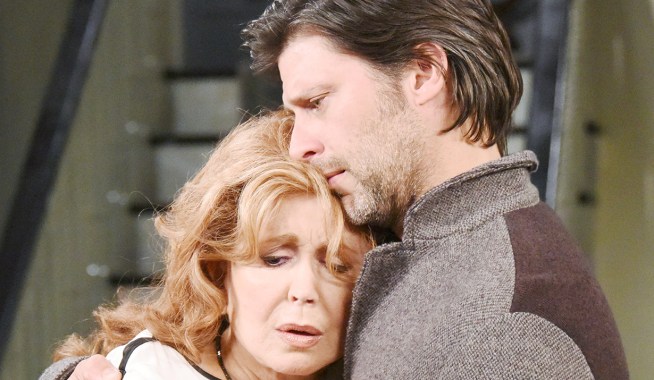