Eric Beats Brady up After Confronting Him About Blackmailing Nicole

Tuesday September 25, 2018: Eric and Brady get into it over Nicole, Kayla comforts Jenn, Adrienne thinks Will and Sonny are making a mistake by lying to Paul, and Paul questions Will's loyalty, while Lucas gives Bonnie an ultimatum. 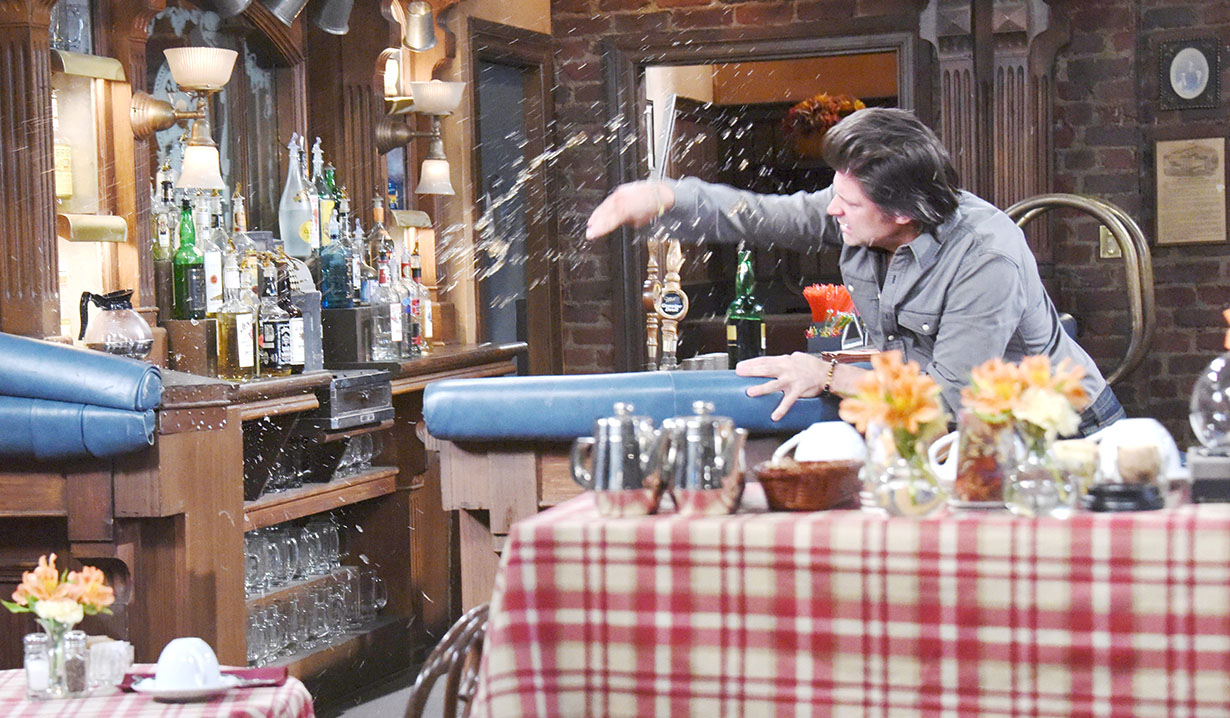 Sonny and Paul. Paul asks if he’s still committed to him, now that he has his memory back. Will states that he’s with Paul because he loves him. Paul wonders if his injury has impacted his decision. “That would be crazy,” Will declares. Paul asks for honesty. “Is this just pity?” Will remembers so many wonderful things about their relationship. They recount the first time they met and Will cheating on Sonny. Paul’s gratified that they can start fresh without secrets or lies. They hug.

At home, Sonny stares at his wedding photo and smiles. In the foyer, Adrienne calls Justin to thank him for helping Lucas. She heads to the lounge and tells Sonny what’s going on with Bonnie and Lucas. Sonny’s sorry. Adrienne blames herself for what happened to Lucas, which is why she agreed to help him. Sonny opens up about his relationship woes, that he and Will agreed not to be together because of Paul’s serious injury. Adrienne gasps but Sonny says it must be. Paul is a good guy and can’t believe he left Paul at the altar to chase after Will. He couldn’t let Will do the same thing. Adrienne gets it and calls it honorable and kind but it might be a mistake. Sonny confides that his decision is agony, but insists it’s not a mistake. He saw how Lucas reacted when his mom left him and doesn’t want that for Paul.

At SPD, Lucas appreciates Justin helping him, knowing this is a lot to ask. Justin asks if Lucas is sure he wants to get involved with a “lying scheming con artist such as Bonnie Lockhart.” Bonnie strolls in with a guard and accuses them of taking her “name in vain.” Justin thinks she has a lot of nerve asking for a favor after what she did to his wife. Justin tells her she qualifies for the early release program though he’s certain she already knew this. Bonnie grins and she starts to sign a document Justin throws at her but Lucas stops her. He wants his child first. “No baby, no freedom.” They leave the room and ponder if they’ve made a mistake by giving her an ultimatum. Justin takes a call from Adrienne who shares Sonny’s heartbreaking news. Justin fills his wife in on their stipulation on what it’ll take for Bonnie to become released from prison. Meanwhile, Lucas goes to Bonnie and agrees to let her sign her release but warns she’d better allow him access to his daughter afterward.

More: Blog on not buying that Bonnie’s Lucas’ child

Kayla arrives at Alice’s to comfort Jennifer, who shares that she told Eric the secret about Nicole she’d been keeping for two months. Kayla holds her while she cries. Jenn says he stormed out after she confessed. She’s never seen him so lost. She couldn’t let him marry her until he knew the truth. Kayla doesn’t think Eric’s in love with Nicole still. Jenn doesn’t want Kay’s pity. This is her fault. She wonders if Eric’s off to find Nicole and then goes after Brady with a vengeance.

Eric bashes on the door of Brady’s Salem Inn suite and when Brady answers, Eric punches him in the face, knocking him on his keester. Eve yells at Eric and he tells her to stay out of this. He demands Brady tell him the truth about everything. Eric yells that his brother is the reason he lost the love of his life. He goes at him and yells that he’s vindictive. Brady agrees he was and he took revenge because he couldn’t stand losing another woman. But Brady’s sorry. “I’m not that guy anymore,” he admits. He’s not angry anymore. It was the heartbreak he needed to move on and find love with Eve. Eric sobs while asking if that was the case, why didn’t he tell him? Brady knew he and Jennifer were happy. Eric thinks he kept quiet to cover his own ass. Brady denies it. Eric thought they were brothers again. He calls Brady a “pathetic human being,” and says they’re no longer brothers. He storms out. Later, as Brady’s wondering how Eric found out the truth, Jennifer arrives. Will goes to get yoghurt for Paul at the square when he runs into Sonny. Will fills him in on how well Paul’s doing. His pain medication has been reduced and he’s happy they’ll stay together. Will hates lying like this but knows it has to be that way. He walks away.

At Brady’s pub, Eric weeps as he pours a glass of alcohol. He smashes it against the bar in anger.

Stefan has an interesting question for Kristen. 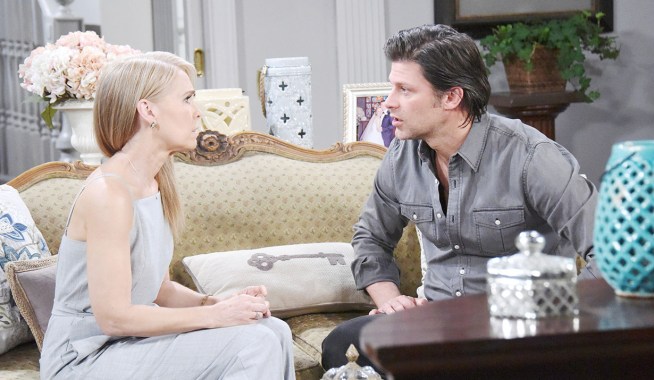 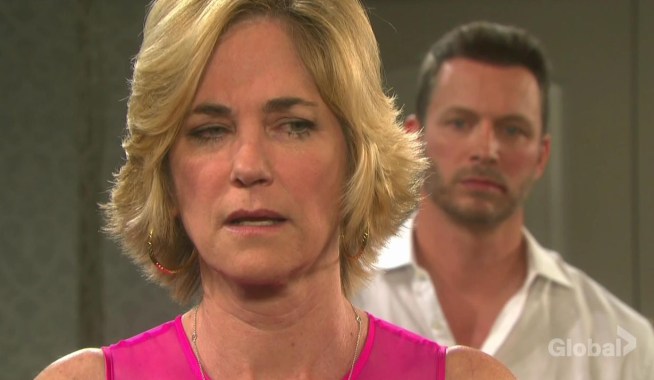