Thursday September 13, 2018: Belle and John continue to butt heads, Sami learns about her mother's DNR, and Ben has something special for Ciara. 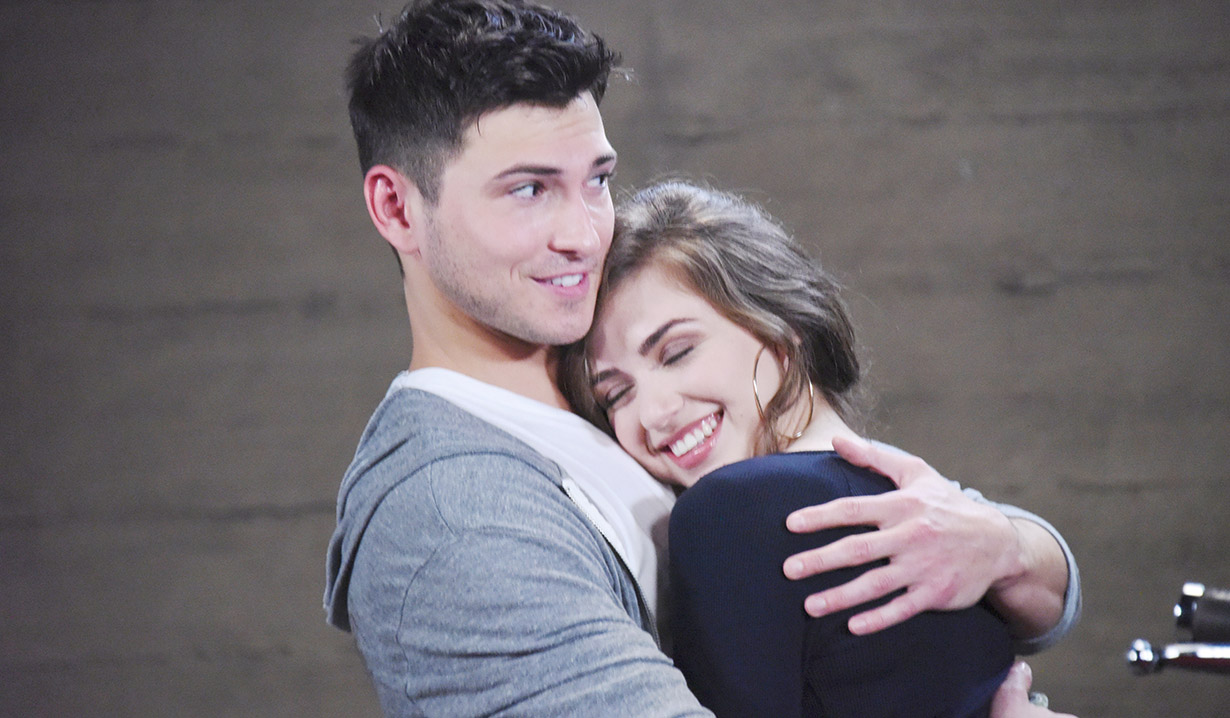 Ciara’s studying at the loft when she takes a call from Tripp to meet later. Ben walks in wringing a handkerchief in his hands. She looks frightened. He tells her he has something to show her, then realizes how it looks. He was going to blindfold her and take her somewhere but realizes what a bad idea it is. He’s sorry – she’s sorry. He asks her to go somewhere with him.

At SPD, Shawn demands his mother do something about Ben living with his daughter. Hope’s working on it but she’s also got this Kristen DiMera case and they’re understaffed. Shawn’s temper gets the better of him and Hope states that she’s doing all she can. Shawn thanks her and goes. Meanwhile, Rafe finds Sami in the interrogation room. She gripes about the judge calling her a flight risk. Rafe says she is. She’s a DiMera and she’s rich. Sami has no plans to run. She rants that her mother and Paul are in the hospital. Rafe lets her know that Marlena went into septic shock and is on a ventilator. Sami blames herself. Why didn’t she put the gun down? She sobs in Rafe’s arms as Hope walks in, sorry about the news. She asks what she can do. Sami pressures her to find Kristen. Hope’s trying. Sami snaps that Kristen’s responsible for her mother’s predicament but Hope mumbles that in actuality, Sami’s the only one responsible at the moment. Sami’s offended. Rafe takes Hope outside and asks if she’s angry that he’s supporting Sami. She insists she’s not but Rafe’s not buying it.

At the hospital, John calls Justin. Belle appears and asks him not to fight this. The advanced directive is legally binding. John says Justin is willing to do all it takes to save Marlena, unlike her. Belle cries. This is torturing her. John starts to weep. Right now he doesn’t care if he’s hurting her feelings. He loves her but his only interest is saving Marlena. Eric appears and John tells Belle to go. She leaves and Justin strides in. They discuss the advanced directive and Eric reveals Kayla’s already gone to the administration. All Justin can do is buy them some time by talking to Seth Burns. Later, Justin returns. There’s nothing he can do. In fact, they want to remove the ventilator today.

More: Meet the stars of Days of our Lives this fall At Mandalay, Claire asks Tripp to sit with her while she waits for her dad. She’s still a little uneasy alone outside after her kidnapping. Tripp is reluctant but texts Ciara that he’ll be a while. He gets Claire an ice pack for her ankle and then she babbles on about Ben being a good roommate refilling the ice. She laughs that she enjoys the view when he comes from the shower in a towel and tries to make him jealous of Ben. Shawn arrives and Tripp goes. Shawn confronts Claire about crushing on Ciara’s boyfriend. Belle arrives and tells them about Marlena. She thinks she made things worse. She summarizes her quandary and Shawn’s sympathetic but Claire sides with John. They debate the choice and Belle convinces her daughter that this is what Marlena wants. Claire understands.

Back at the loft, Ciara agrees to go with Ben, who promises, no blindfold. They arrive at the garage where Bo’s motorbike is. Ben fixed it. Ciara’s shocked. He’s a miracle worker. It’s the least Ben can do, he says to repay her kindness. She hugs him and he gets some grease on her face. He rubs it off and they test drive the bike. Upstairs, Tripp returns home to an empty loft. Later, Ciara and Ben wander in. Ben goes to change and Ciara’s ready to start binge watching. Tripp questions her spending time with Ben and Ciara calls him out on his jealousy. Tripp admits it. Ben’s trying to make a play for her. Ciara says it doesn’t matter. She’s the happiest she’s ever been – with Tripp. They kiss. Hope arrives with new evidence in Ben’s case. She arrests him.

More: Watch All Of My Heart with Lacey Chabert

Eric appears at SPD to see Sami. He fills her in on the directive. Sami’s devastated. She yells that they need to fight it. Eric reveals Belle’s Marlena’s health proxy and wants to abide by Mom’s wishes. “Are you telling me that Belle wants to kill our mother?” Sami has a meltdown and urges her brother to get back to the hospital and tell their sister off. Eric says goodbye to Rafe who offers his help and support.

Eric returns to the hospital and hears the news. He hugs John and rushes to tell everyone.

Back at Mandalay, Shawn gets a call from Eric with the news.

At SPD, Rafe finds Sami and fills her in with Eric’s news that they’re taking Marlena off the ventilator today.

Family gathers to say goodbye to a loved one. 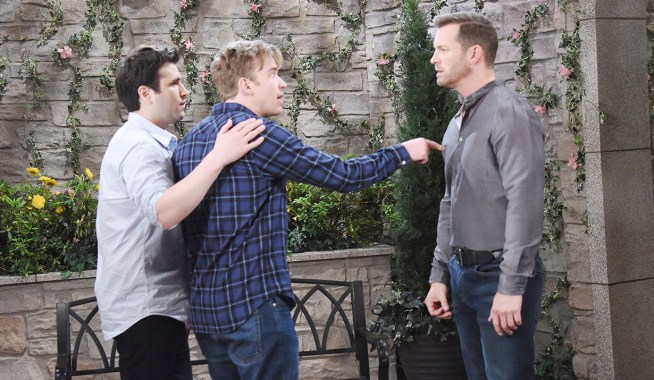 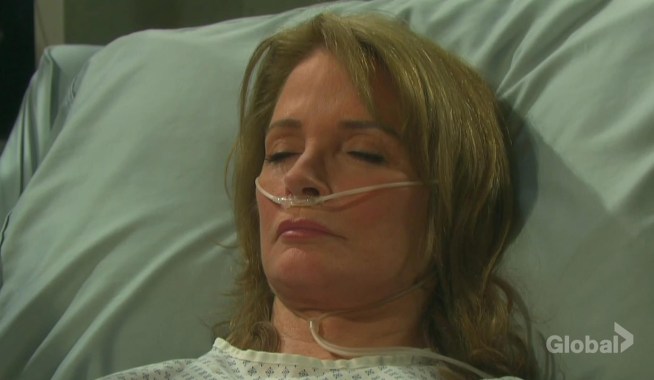