Monday September 10, 2018: Eric and Belle reel over Marlena's instructions, John can't bear to be away from his wife, Lucas struggles with Bonnie's bombshell, and Chloe worries about Lucas. 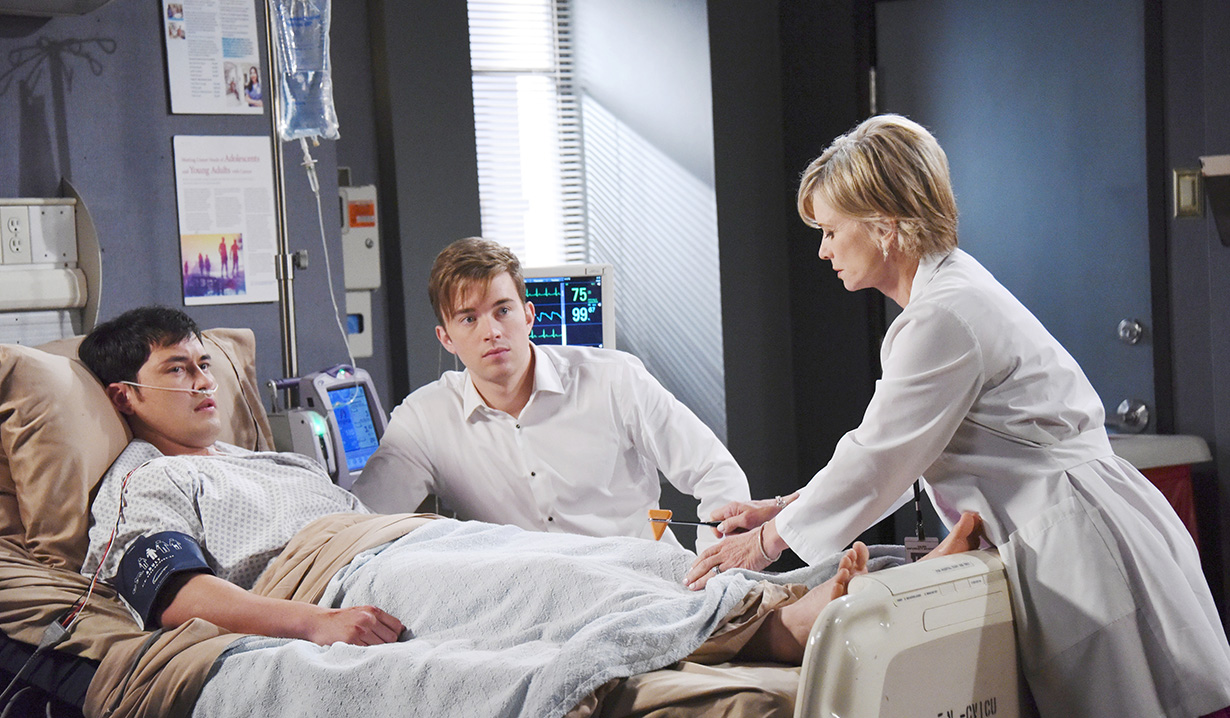 Outside Marlena’s room at the hospital, Belle tells Eric that they need to tell their mother’s doctors to shut off the artificial ventilation since she has a do not resuscitate order on file. Eric reads the document and Belle cries that it’s notarized. They can’t challenge the validity. But as Marlena’s daughter, Belle sobs that she wishes the document didn’t exist. She doesn’t want this. Eric can’t recall their mother even mentioning a DNR. Belle pushed her to do it, she says, but didn’t follow up. Meanwhile, in Paul’s room, after hearing Will’s memory returned, Paul asks if they still have a future. Will flashes to kissing Sonny earlier and discussing breaking things off with Paul. In another room, Kayla begs Roman to tell her more about Steve’s arrest. “He was taken from me suddenly and cruelly,” she states. Roman asks her to trust Shane and keep the faith. She’ll try but her face reflects panic. Later, Kayla goes to Paul to tell him he’s lucky to be alive. Paul fills Kayla in on Will’s memory return. She’s thrilled for him. Kayla examines Paul and notices that he doesn’t respond to tests on his legs and feet. Paul admits, “I don’t feel my legs at all.”

At Doug’s Place, Maggie and Chloe discuss Marlena and P aul’s medical issues and Chloe worries about Lucas meeting Bonnie, considering when she’s desperate, she’s dangerous. Maggie knows Lucas stronger now. Nothing “that woman” says would rattle him. Maggie asks her to believe in his strength and not communicate her concerns that he’ll fall off the wagon to Lucas.  Chloe nods but tells Maggie that when she returned from Mexico, Lucas was holding back and told her he had to take things one day at a time.

At SPD, Bonnie tells Lucas that she had his child. Lucas thinks she’s out of her mind. If they had sex, he’d remember it. It wouldn’t be a good memory, either. Bonnie tells him he was drunk. Lucas calls that convenient. He’s about to leave when she tells him everything that went down with him drinking from the bottle and unloading his unhappiness upon her. She flashes back to sex and Lucas stopping things and telling “Adrienne” that something was different about her. Lucas is horrified. He starts to remember kissing her in bed. “You’re right,” he whispers. At least he didn’t have sex with Anjelica, but this doesn’t mean that they had a kid. Bonnie swears she’s being honest so Lucas asks where the baby is. Bonnie sighs. He moves to leave until Sheila, (played by Tionne (T-Boz) Watkins), wanders in with the baby girl, (played by Katie & Natalie Monarch), and some McDonalds. Lucas gasps. Roman reminds him Belle will call them if anything changes. He needs to eat. John gripes that Marlena had a major setback but Roman knows Marlena will make it. Roman tells him that Kayla accidentally turned Steve into a traitor with Stefan’s help and he’s been arrested. Roman details the full story, shocking John. Roman says Shane’s on the case. The men take off for the hospital so Roman can check in on Paul while John’s with Marlena.

Back at the hospital, Eric implores Belle not to say anything about this. Belle cries that she’s Marlena’s proxy, since she and John aren’t married. Belle has to show Kayla. Eric can’t let her do that at least until she tells John. Roman appears in Paul’s room to see how he is. Paul tells Roman about a crappy move he made while playing ball, which hurt. “This is worse.” Paul would give anything to feel that pain again. Roman questions him. He can’t feel his legs. Kayla appears with the prognosis. “It’s not good news.” Meanwhile, John finds Belle and Eric discussing the DNR and asks what’s going on.

More: Things that puzzle Days fans about the show

Sonny strolls up to Will in the park. Will just came from visiting Paul. He relays what happened and that he was about to tell him he’s leaving him when… Will can’t finish and Sonny looks frightened. “Please tell me that Paul’s going to be okay,” Sonny begs. “I can’t,” admits Will.

Kayla has a suggestion for Jennifer. 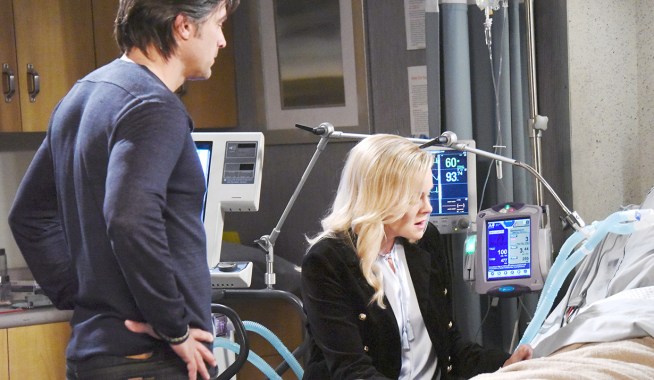 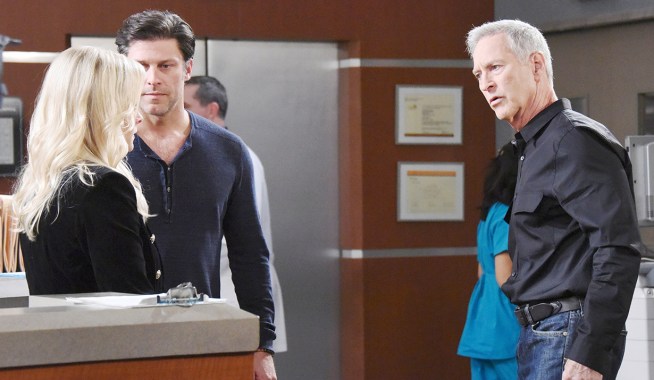