Friday September 7, 2018: Lucas talks with Bonnie, Will reveals he got his memory back to his father, and Belle stumbles upon something shocking. 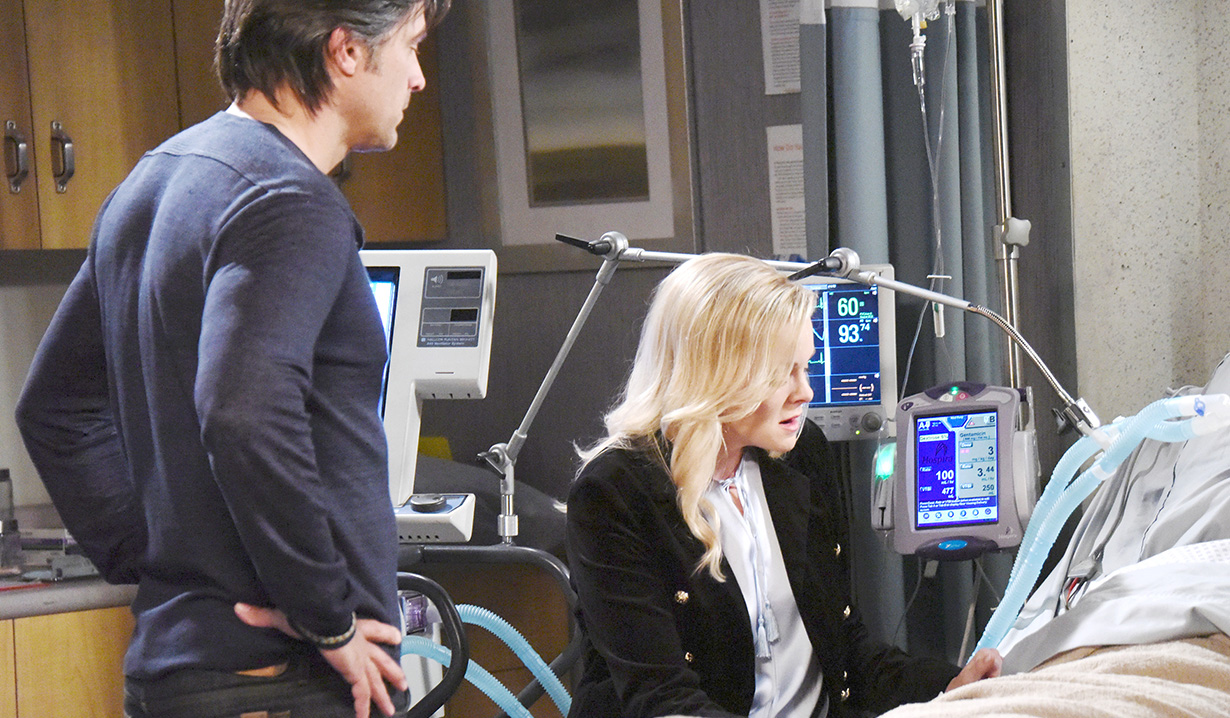 Bonnie paces at the Salem police department, worried whomever she called won’t show up before she’s incarcerated forever. Maggie arrives to give her a piece of her mind. They talk about Bonnie’s ‘melons’ and Bonnie’s upset to hear that Maggie and Victor laugh about her. Maggie rants about what Bon Bon did to Lucas and Bonnie plays the victim. She oaths to apologize to Lucas if Maggie can get him there. Maggie goes and Bonnie hopes her person comes through for her. In the Kiriakis parlour, Adrienne wakes Sonny up. He gets a text from Will. Paul’s out of surgery. Sonny texts back that he’s delighted and loves Will, then tells his mom he and Will are reuniting. Adrienne’s overjoyed. She goes to bathe Ari, hopeful Susan Banks has left some hot water for Ari’s bath.

At the hospital, Chloe and Lucas talk to Will about Paul getting of surgery. They’re supportive. Chloe disappears and Will talks about a memory of his childhood with Lucas. Lucas soon realizes his son got his memory back. The men embrace happily. Will admits he remembers being in love with Sonny and wants to be together but hasn’t told Paul. How does he do that? Is he obligated to stay with Paul? Lucas says that won’t work at all. He’s been in Paul’s shoes. He wouldn’t have wanted Adrienne to stay with him when she was in love with Justin. Lucas suggests honesty. In his room, Paul is still unconscious as Belle bites that she can’t believe he landed here after saving Sami. Belle and Brady worry for their father and Brady goes to check on him. In Marlena’s room, John tells an unconscious Marlena that Paul’s out of surgery but they think he’ll make it. He cries. Eric enters with a breakfast burrito courtesy of Roman but John’s not hungry. He snaps at Eric who brushes him off, knowing how concerned he is. John tries to talk her into opening her eyes and Eric prays. Back in Paul’s room, Belle tells her brother Dad’s proud of him. If anyone should be in that bed it should be Sami, Belle cries, as she does paperwork. Suddenly, she finds something that shocks her.

In the hospital waiting room, Maggie appears and Chloe tells her that Marlena’s in septic shock, while Lucas says Paul’s now in recovery. Maggie tells Lucas she’s back from visiting Bonnie Lockhart who would like to apologize to Lucas in person. Mags doesn’t like the idea but Lucas goes anyway. Will arrives in Paul’s room as Belle runs off to see her mom. Paul wakes up confused and in pain. Will updates him on what happened and says Sami’s alive thanks to him. “It’s no big deal,” Paul says with a half grin. Will reveals his memory has returned. Paul’s amazed. Will briefs him on details and Paul can tell Will remembers loving Sonny now. Will does. Paul asks what that means for them. Meanwhile, Brady meanders into Marlena’s room. He takes his dad to the on call room to shower at Kayla’s behest as Eric sits with Marlena, begging her to come back. Belle strides in and tells Eric that their mother has a DNR.

Lucas arrives at SPD. Bonnie calls him as fine as she remembers. He scoffs. He’s not drunk this time. She asks for forgiveness. He does. It’s part of his recovery. Bonnie’s glad. She needs his help. Lucas finds that ridiculous so Bonnie tells him one good reason to help her is that she’s the mother of his child. 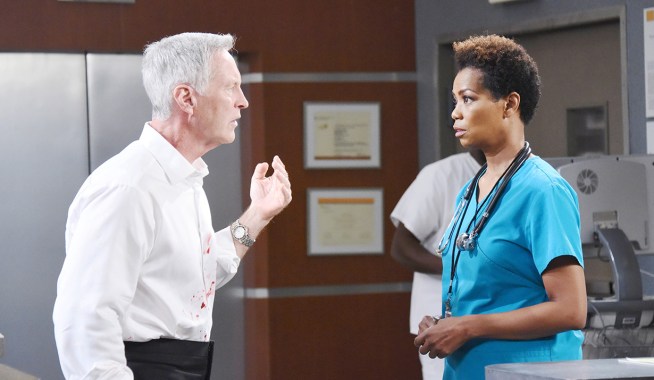 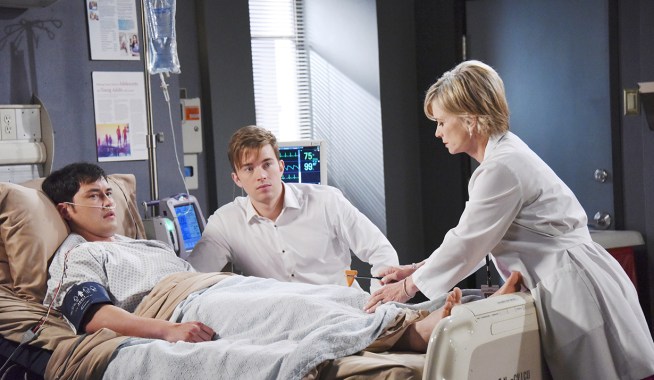