Monday August 20, 2018: Hope's rocked by her daughter's reason for letting Ben move in, Steve has a surprise for his sister, and Kate threatens Ted's life. 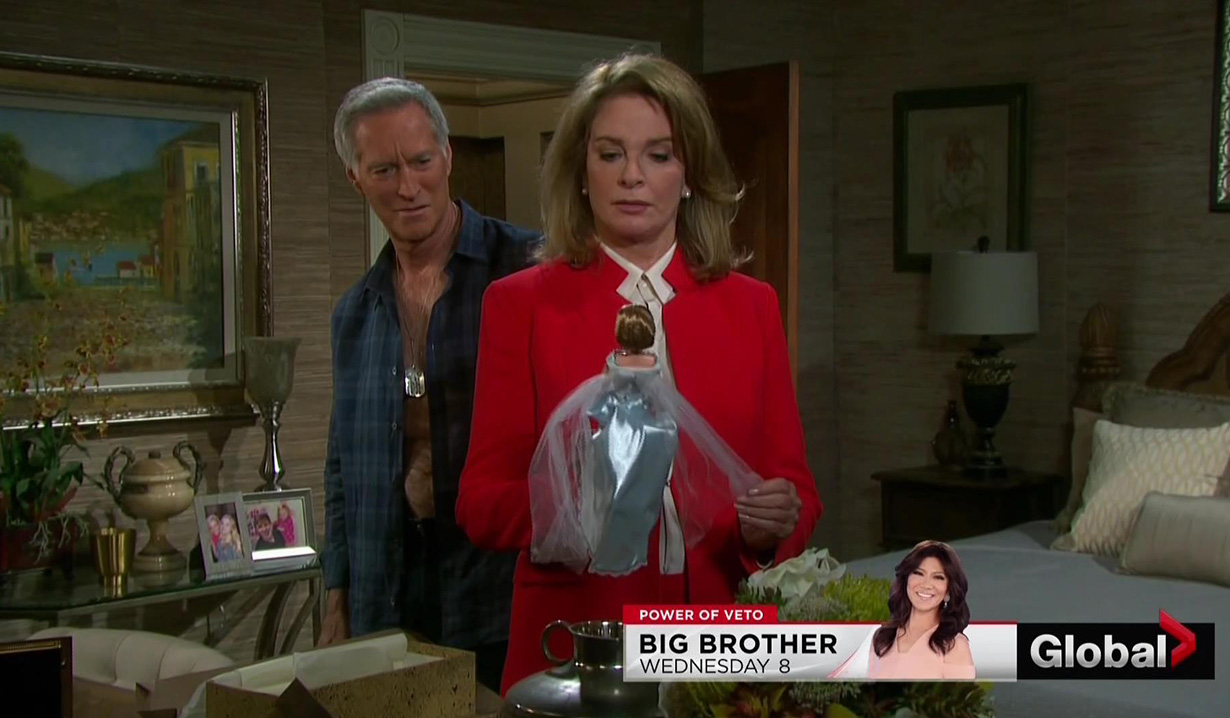 At the loft, Hope’s stunned to hear Ciara admit that she moved Ben in there in order to protect him from Hope. Ciara knows her mom tried to use her power to run him out of town. Hope doesn’t regret it. He’s a threat to everyone she cares about. Ciara denies that and asks Hope to leave Ben alone. She asks her mom who the real monster is. Hope tries to appeal to her daughter but Ciara stays firm. Claire says she’s okay with it. She’s trying to get along with Ciara. “This is not the way to bond,” Hope says. Claire figures she owes him since she clobbered him over the head and he didn’t press charges. Hope reels. She vows to call the landlord but if she does, “You and I are finished, forever,” Ciara spits. Hope’s jaw drops. Hope thinks Ben must be enjoying this. He never wanted to hurt her. Ciara’s been a true friend to him. Hope asks Ciara what her dad would think about this, but it only pisses Ciara off more. Hope decides to reopen the arson investigation. She kisses her kid and professes her love, then goes.

More: Days blog; Only in Salem do these crazy things happen… He can’t wait to show her the souvenir he picked up for her – Bonnie Lockhart. Bonnie huddles in a chair, sulking. Steve confronts her and she claims she’s innocent. She holds his hands and tries to seduce him. He’s grossed out and asks if she’s out of her mind since she looks exactly like his sister. He leaves the room and calls Kayla, asking her to return his call. Adrienne rushes in and Steve fills his sister in on capturing Bonnie. He lets her in to see Bonnie and Bonnie looks worried. She compliments her hair and Adrienne tells her to shut up. She blasts her for letting her suffer in prison. Bon Bon blames Hattie then thinks Adrienne should be grateful to her for finding her true love again in Justin. They spat more and Adrienne takes off.

At the Kiriakis mansion, Sonny doesn’t want things to be over between him and Will. They make a great team. Will agrees they made a great team and he’s lucky to have him – as a friend. Sonny professes his love and Will asks him not to. Sonny’s crestfallen. Will knows they’ve grown closer but as friends. “I don’t love you. I love Paul and that’s not going to change.” Sonny says he had no expectations. Will understands that he just needed to say his feelings aloud. He’s glad Sonny feels he can be honest with him. They hug and once Will’s gone, Sonny looks devastated. At Salem Inn, Kate pulls a gun on Ted. She’s taking control of this situation. She considered paying him off. “But then I decided to off you,” she says. Ted stammers and sweats. The gun is the same one that killed Vivian Alamain, which she alludes to murdering Vivian with. She shoves the gun into his chest and he begs for his life. Later, Kate takes a drink with unsteady hands and calls Will to update him that Ted won’t be bothering them anymore. He’s thankful.

At home, Marlena thinks about Bonnie and Hattie and how she almost lost John. John says soon, they’ll both be behind bars. Marlena’s glad nobody will be able to spoil their wedding. They kiss and Marlena is disturbed to open a package containing a Marlena Evans doll which is wearing the same gown she wore when she married John in 1999. She flashes back. The card reads, ‘good luck at your wedding’. Marlena grows concerned but John thinks it’s funny. He feigns Marlena’s voice and says, “Oh John, I love you so much.” He makes kissy noises and presses the doll to his face. Marlena is horrified but thinks she knows who sent it. John calls Hattie, who says she didn’t send it. She wishes she would have thought of it. She wishes them luck. Marlena’s glad but worried. John will figure it out. They canoodle.

Adrienne rushes home to tell Sonny that Uncle Steve found Bonnie. She’s going to pay. Sonny’s happy but it’s clear he’s upset. He reveals what went down with Will. Adrienne holds him, sorry for his pain.

Hope arrives at SPD as Bonnie’s trying to get out of her handcuffs. Bonnie wants a call. Hope gives her a phone and privacy and Bonnie calls someone and begs them not to hang up on her. She needs a big favor. Hope finds Steve and says she needs to find a way to make Ben leave town before they regret it.

John’s bachelor party doesn’t go off without a hitch.

Kayla is not happy with her tarot card reading.

Hope Learns Ben's Moving Into the...

Susan Banks Surprises Marlena at Her...