Tuesday August 7, 2018: Ben begs Marlena for help, Ciara has a nightmare, Chad and Abigail feel the baby kick for the first time, and Gabi warns Kate not to cross her. 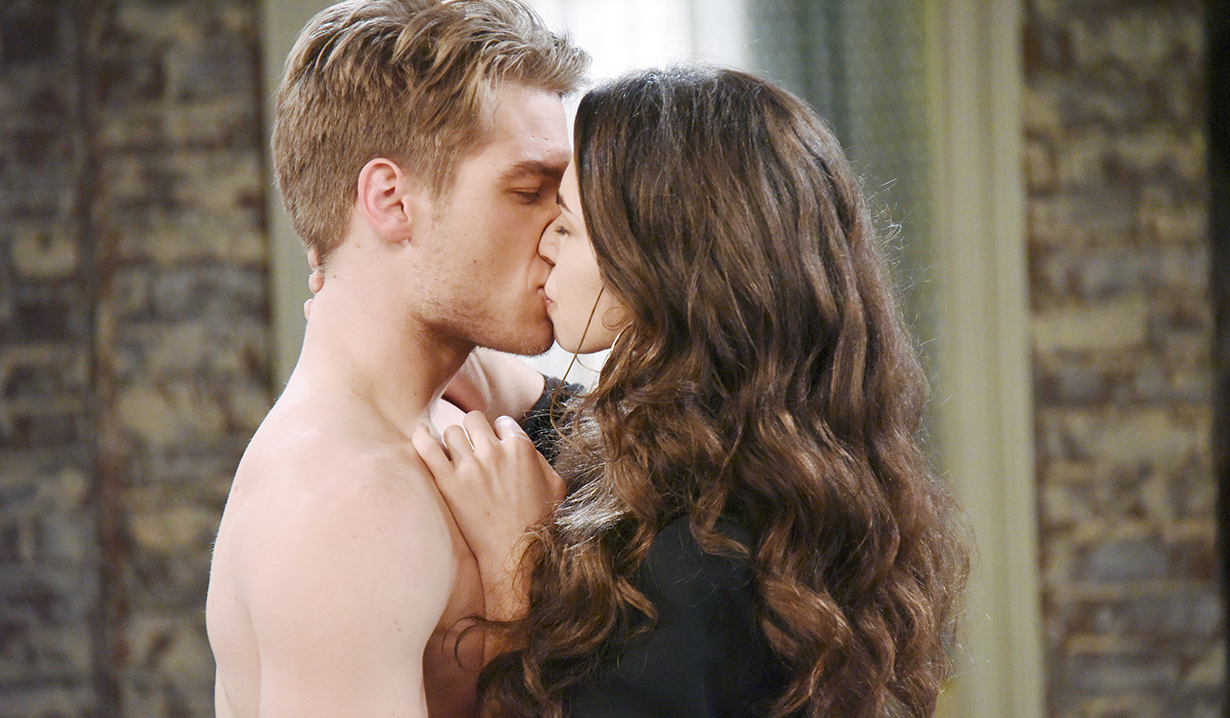 From her office, Marlena chats with John about meeting. They disconnect and in walks Ben. Marlena looks uneasy. Ben’s sorry for showing up but he just now started to remember the night of the fire at the cabin. He knows he didn’t set that fire but wants her to hypnotize him. If he’s guilty, he will face the consequences but if he’s not, whoever did is still out there. Marlena says if he set the fire, he has to tell Ciara and the cops. If he doesn’t, she will. Ben agrees. He goes under and recalls the events of the night of the fire. He remembers everything. Marlena brings him out of hypnosis and he asks if she’d consider being his therapist. Reluctant, she agrees to give it a shot.

At the loft, Ciara dreams of the fire in the cabin and awakens screaming. Tripp rushes to her side and calms her down as Claire sneaks out. Tripp won’t let “that psycho” hurt her again. Ciara still can’t believe Ben set that fire, even though he went ‘crazy’ once off his meds. Tripp suggests she focus on the future, especially since her cast is off. He helps her stand and walk a few steps without her crutches. She hugs him happily, in thanks and they have a moment before they share a passionate kiss and Ciara suggests they head to her bedroom. Tripp asks if she’s sure. She wants to forget the past and be in the present. “Now Tripp. I’m ready now. I want you to make love to me.” Before they can, Ben arrives…

At Alice’s, Abigail’s pregnancy bump has grown some. She rubs it and talks to the baby, thinking that eventually, Chad will come to love him or her. Chad arrives and takes a call from Kate outside, who asks how he’s holding up. He shares that things are better and he’s at the Horton’s now. Kate’s surprised that he’s ready to accept the baby as Stefan’s. Kate says, “Chad, about the baby…” as Gabi comes from behind her at the park and grabs the phone. Chad tries to call back and Gabi texts that something came up. Kate admits she almost blurted the truth. She’s having misgivings. Gabi threatens to tell Chad that she’s feeding Stefan Titan secrets. Kate doubts her revenge is working because Chad’s accepted the baby. Gabi is annoyed. Kate thinks they should tell him that the baby is his. Gabi refuses, pissed that Abigail gets everything she wants.

Meanwhile, back at Alice’s, Abigail’s happy to see her husband though Chad can barely look at her. Abby doubles over and Chad asks if she’s okay. She says the baby just kicked. Chad’s cold and runs upstairs to shower. Once he returns, he runs out before Abigail can talk to him. Outside, he takes a call from Gabi and agrees to meet her. At Mandalay, John notices that Claire’s unhappy. He asks her to share her feelings and she’s hesitant but explains that she thought she and Tripp had a chance but he’s into Ciara. John says she’s got to accept it. Claire knows but she also thinks Ciara’s got a thing for Ben Weston. John doubts that but Claire says she’s worried Ciara will break Tripp’s heart. Claire admits it’s damaged her ego some but aside from that, she’s lonely. She doesn’t have a date for her grandparents’ wedding. She thinks that makes her a loser but John explains that he and Marlena don’t ask losers to sing for them at their wedding. Claire’s delighted. John knows her true love is out there somewhere. They embrace.

Back at the park, Kate and Gabi fistbump and Kate goes. Later, Chad approaches. She tells him about seeing a purchase agreement for Shafer International Shipping at DiMera. Chad sighs. He was going to put in a bid. Gabi’s sorry. She asks how he’s doing with Abigail’s pregnancy news. He shares his pain. Gabi wishes Abigail would have listened to her and aborted. Instead, Stefan talked her out of it. She claims to understand how Chad’s feeling.

Kate turns up at Alice’s. Abigail fills her in on Chad’s struggle and pain over her pregnancy. Kate agrees that it’s a lot to take in. Abby asks Kate to convince Chad that the pain will subside and he’ll grow to love the child. Kate refuses – she doesn’t believe that’ll ever happen. She reminds Abby that she murdered her husband, had sex with Stefan and now she’s having his baby. Kate accuses Abby of using her mental illness to get a free pass. Abigail never said that. Kate snipes that she could have terminated the pregnancy. Instead, “You chose to let him suffer.” She finds it incredibly selfish and tells Abby to do the right thing – set Chad free. Kate goes and Stefan strides in. John arrives at the hospital to tell Marlena that Claire agreed to sing at their wedding. Marlena’s enthusiastic.

Stefan has a request of Abigail.

Ben talks to Ciara about what he remembers the night of the fire.

Victor Makes a Demand of Eve in...