Wednesday May 23, 2018: Abigail wants to atone for killing Andre, Chad tries to get a plea deal with DA Trask on Abby's case, and Sonny receives some shocking news. 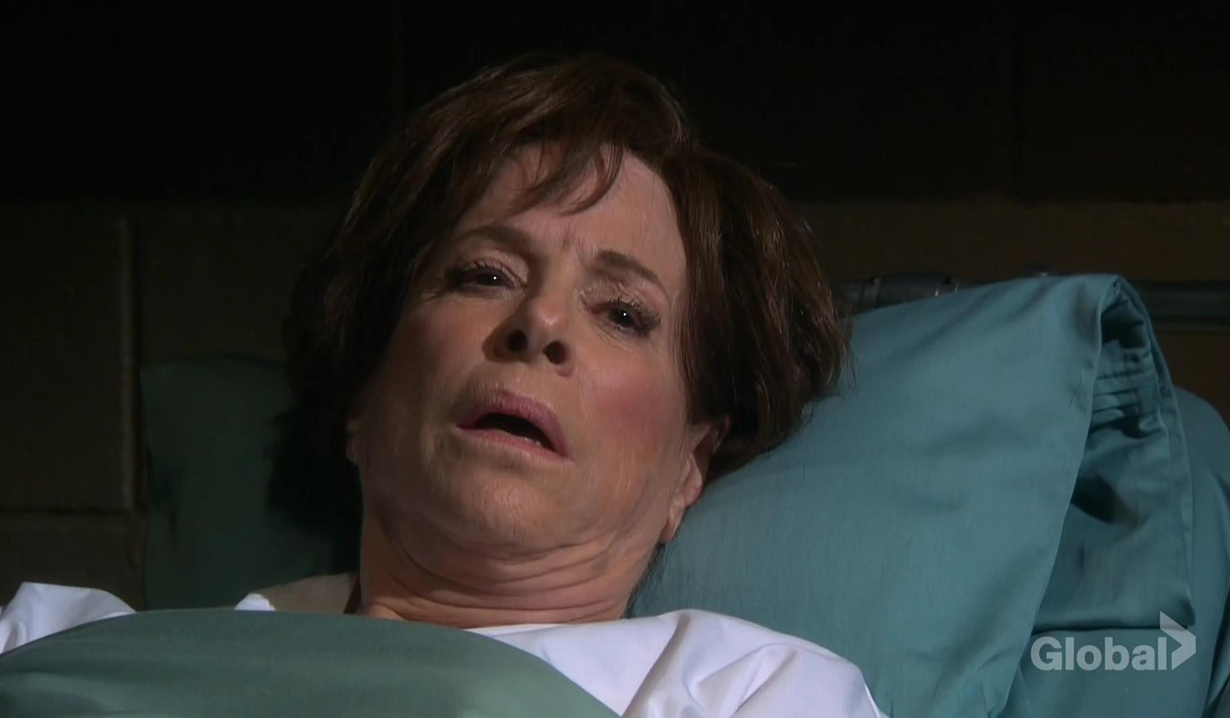 Rafe arrives at the DiMera mansion. He heard Chad and Abigail are moving out. He smirks and says it looks like Stefan got everything he hoped for. Stefan declares that he lost everything that meant anything to him. Rafe reminds him he has his freedom. Rafe asks for his statement about Vivian’s death again so Stefan begrudgingly rehashes the same statement that he heard a gunshot and saw Kate with his mom who was bleeding out. Rafe gets in Stefan’s face before he leaves.

At the pub, Jennifer and Abigail argue because Abs thinks she belongs in prison, not a treatment facility. Abigail feels stupid for trusting in Andre. Jenn says he duped them all. Abby needs to ensure Gabi gets of jail as soon as possible and she wants to atone for what she did. Jenn thinks one day Stefan will have to answer for what he did. Jenn talks about being raped by Lawrence Alamain and calls her daughter as much of a victim. She refuses to allow her kid to feel guilt. Abby worries about how Chad will see her now and how she comes back from everything she has done. Jenn says she needs to forgive herself. documentation, which means she’s more of a flight risk. Chad denies she’ll flee but Melinda has no choice but to have Abby remanded into Statesville starting today, while she faces trial. Chad implores Trask to show humanity. His wife needs help, not prison. Trask laughs and mocks Abigail’s DID. Chad disputes that it’s fake. Marlena diagnosed her. Trask scoffs that Chad should move on. The woman he loved is gone. Chad wonders what she’d say. “Sometimes we have to make hard choices,” Trask says, sagely. Chad doesn’t think she cares about justice. He asks for a deal. If Abby pleads guilty to a lesser charge, Trask can recommend psychiatric treatment. Chad thinks she’ll be committing political suicide if she doesn’t win. She’ll become a hero if she does it his way. Trask agrees to it. He goes when Stefan arrives. Stefan asks Trask if she’s going to let Kate get away with murdering his mother. Trask has nothing to hold her on. She apologizes and to himself, Stefan vows his mom won’t die in vain.

At the Kiriakis mansion, Sonny tells his mama that Leo Stark’s the first great thing to have happened to him in a while. He can move on now. Adrienne’s happy but worries this is too soon to be involved in a complicated relationship. Will walks in and hears Sonny convey that if he had it his way, he’d be with Will and that if Will remembered him, he’d want the same. Will approaches and hears Leo left Titan. Will’s glad to hear, since it means he wasn’t working with Vivian. Will apologizes for overreacting. Sonny asks him to double date with them. Will says once Paul’s back from a work trip maybe. Sonny goes and Will shares the news about finding Rolf’s secret formulas he wrote in disappearing ink. Will hopes he’ll be able to remember his old life. Adrienne’s psyched.

In the park, Leo is frustrated that Kate’s having cash flow issues so she can’t pay him right now. Leo reminds her he quit his job. Kate heads to DiMera to clean out her desk.

Kate picks up a file at DiMera and flashes to Andre telling her that he fired Gabi. She’s startled by Andre’s voice and sees a vision of him. She reminds him he’s dead and tells him she’d never have betrayed him. She fell in love with him. Andre loved her, but doesn’t think she should pretend that she has more scruples than him. “Not after what you did to Vivian.” Kate calls that self-defense. She gets a call from Rafe who says the DA likely won’t press charges. Kate’s grateful. She flashes to struggling with the gun and taking it from Vivian, then Vivian taunting her before Kate shot her.

At the square. Sonny asks Leo for a letter of resignation and promises to help him find another job. He then invites him for dinner – and dessert in his room. They kiss and Leo looks pained when Sonny leaves. Will pops up and apologizes to Leo for thinking poorly of him. Leo shrugs and offers him an excl usive of the story of the year.

Vivian wakes up in some room on a gurney and wonders where she is. Someone enters the room. “Oh my God. You,” she says.

Chad picks up Abby from the pub.

Sonny is clued in to what Leo’s up to.

Ciara Flashes to Being Raped by...

Abigail Gets a Plea Deal in Andre's...