Friday April 27, 2018: Steve finds "Abigail," Brady winds up in the hospital, and Chloe is kidnapped. 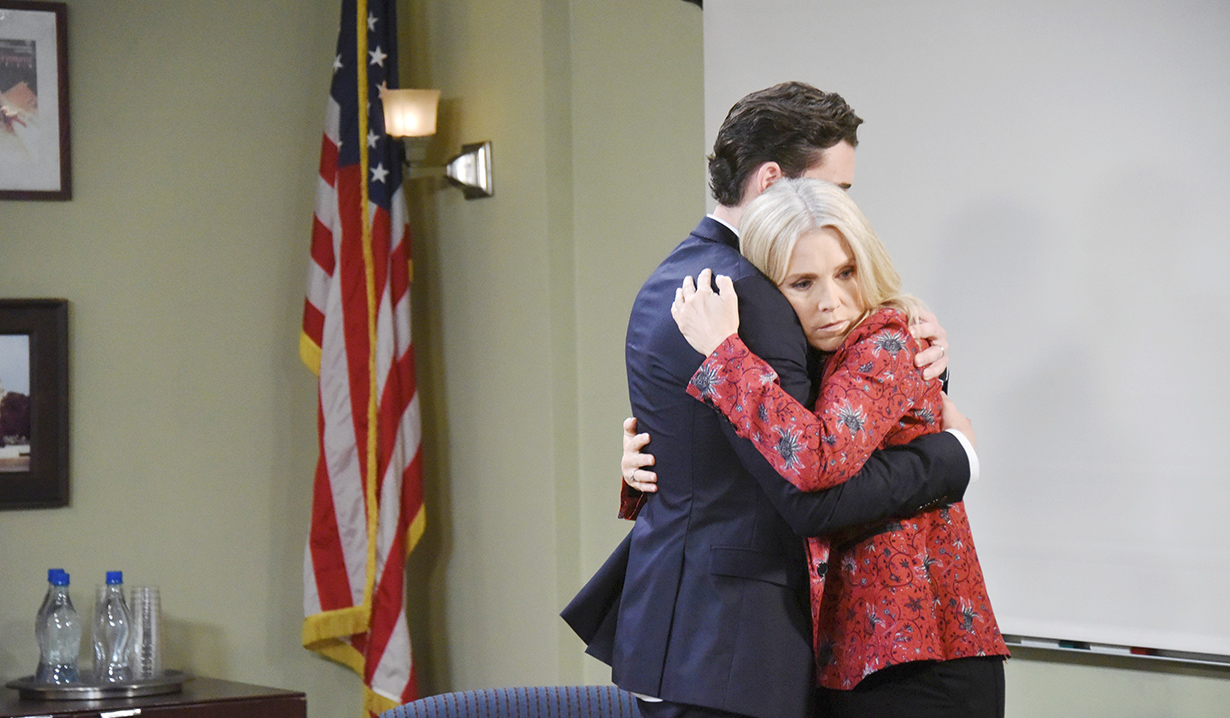 In the square, Brady stumbles over his words and the terrain and then collapses when Eve walks out on him. At Doug’s Place, Lucas and Chloe dance and talk about their future. They agree to see each other tomorrow as Lucas leaves for the night. Once Chloe locks up, she sees Mr. Garcia. He apologizes. He was hoping to convince her to go with him to Mexico City. He pulls a gun and Chloe shakes and looks petrified. Miguel explains he hoped she’d change her mind on her own which is why he targeted Lucas. He slipped a drug into his drink, but Miguel says her other male friend drank it by accident. Chloe worries. Miguel grabs her and when they hear Eve’s voice, Miguel tells her to get rid of her. Chloe lets Eve in and Eve looks at Miguel. “Who is Boo Radley over there?” Chloe and Miguel explain that she’s accepted the job offer in Mexico. Eve’s shocked and asks what she’ll do about Lucas. Chloe lies that she needs to do this for herself. When Eve complains that Brady was drunk tonight, Chloe insists that’s not true. Miguel urges the women to say goodbye so Chloe tries to get her friend to explain. Miguel says if Lucas doesn’t accept this decision, “He gets a bullet in the brain.”

At SPD, Hope knows Chad’s infuriated over finding “Abigail” in Stefan’s bed. Hope has been there. She tells him he can’t afford to let it consume him right now. Chad agrees to focus on finding Abby. She leaves him in the interrogation room and is met by Jennifer and Eric. Hope relays the entire story about how they feel Abigail was brainwashed by Stefan and that Chad was arrested for assaulting his brother. Jennifer is beside herself. She runs to see Chad. They embrace and she tells him how sorry she is. Chad breaks down crying and confides that Stefan didn’t just brainwash Abs, “He raped her.” Jennifer can’t believe the words coming out of Chad’s mouth. He insists it’s true. He walked in on them. Jennifer is anguished. Chad explains how he started to hit Stefan but “Abigail” defended him. Jennifer’s baffled. Chad admits he’d have killed him if Rafe hadn’t stopped him. Outside, Hope learns Gabi’s in the hospital and rushes off. Jenn returns to Eric and she bursts into tears as he holds her, while back in the interrogation room, Chad flashes to whaling on Stefan. Gabigail sits by an unconscious Stefan’s hospital bedside and hopes he gets well soon. She sings to him and he moves his hand, then wakes up. Gabigail cries and vows not to leave his side. Stefan urges her to hide or they’ll lock her up and get rid of her. Outside, Steve is pissed Stefan brainwashed Abigail. Kayla says JJ and Rafe should be in Stefan’s room. She gets a text that the neurologist is ready to talk so she heads out and Steve goes into Stefan’s room. Steve calls for Rafe and touches Gabigail’s arm. He asks who it is and Gabigail lies that she’s a nurse but Steve knows she’s “Abigail.” He tells her that her family wants to help. She agrees to speak with Kayla but when they leave Stefan’s room, “Abigail” runs right into Hope.

Lucas finds Brady on the ground at the square. Brady tries to explain that Eve dumped her because she thinks he rigged the Face of Bella contest. Lucas thinks Brady’s wasted but Brady insists he’s not. He feels sick and can’t focus or stand up.

Lucas gets Brady to the hospital, where Kayla gets Brady to a room. Lucas explains that Brady claims he hasn’t had a drink tonight. Plus, he was fine when he left Doug’s Place. Lucas goes to call Eve and Kayla orders a tox screen. Lucas leaves the room and calls Eve, who has already walked to the square. She assumes he’s calling about Chloe leaving town. He’s shocked to hear and says he was calling to let her know Brady’s in the hospital. He calls Chloe once they disconnect and when she doesn’t take the call, he wonders what’s going on. He leaves and Eve turns up to see Brady.

Back at Doug’s Place, Lucas calls and Miguel refuses to let her take it. She worries for her son and parents. Later, Lucas shows up, the door is left unlocked, and Chloe and Miguel are gone. He reads a letter Chloe has left.

Miguel escorts Chloe through the park on their way to the airport.

Gabigail lashes out at Jennifer and Chad.

Rafe and JJ have shocking news for Gabi on her case. 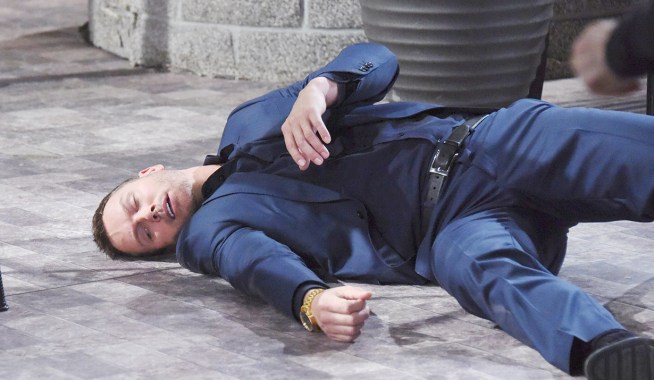 Marlena, Kate & Vivian Get Hammered in the Secret Room 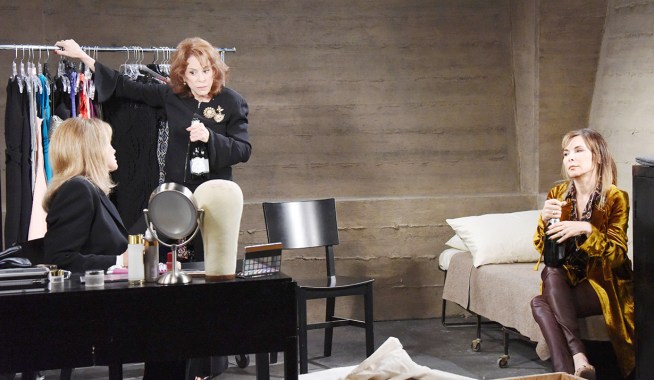