Tuesday April 24, 2018: Wyatt and Ciara's friendship surprises Tripp, JJ's the one who cares for Stefan once an ambulance is called to the DiMera mansion, and Claire makes a confession to Julie. 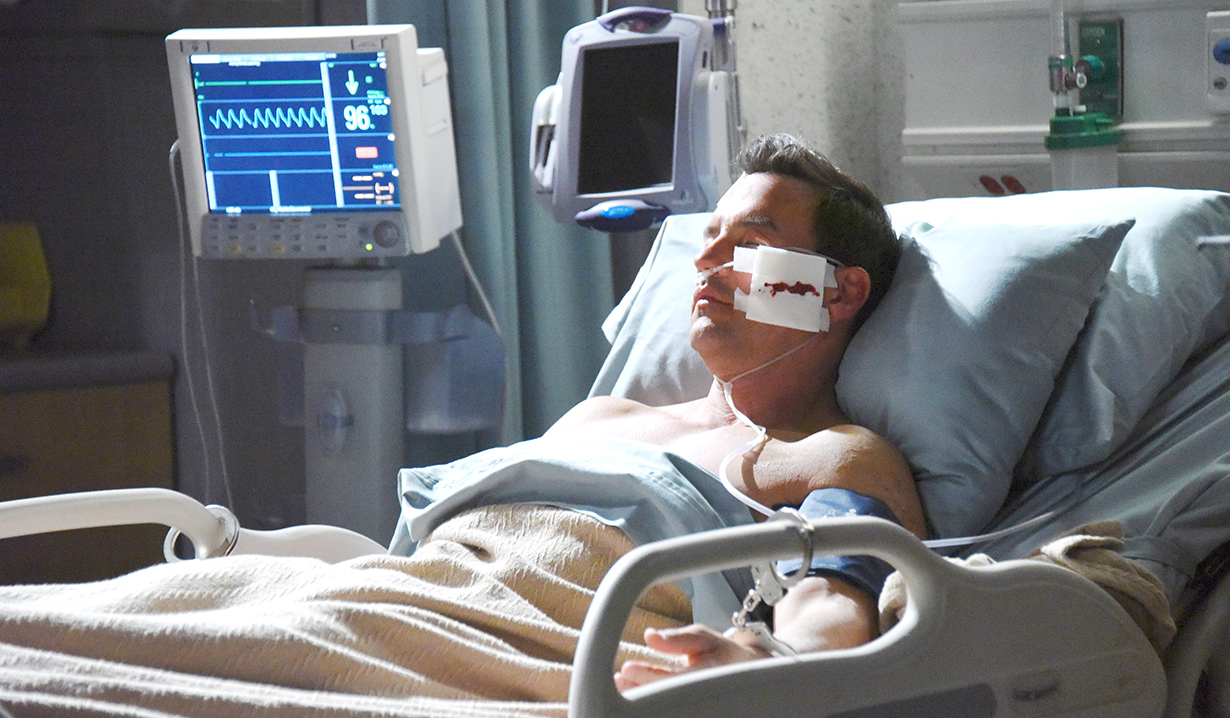 Wyatt and Ciara greet Tripp at Mandalay. Wyatt goes to take a call and Tripp questions why Ciara’s with him. Ciara snipes that she changed her mind about Tripp, “you know, the way some people change votes?” She asks for a table before he can get a word in edgewise. Later, Ciara tells Wyatt that she forgives him. He goes off to the restroom and Tripp returns to again to ask if Ciara’s trying to make him jealous. She’s just pissed that he voted for Claire and is sure she cheated. Tripp shares that she tried to get Theo to hack the system but he wouldn’t. Ciara figured as much. Wyatt returns.

Claire finds Julie frustrated over reservation software at Doug’s Place. Claire’s looking to have a celebratory dinner because she’s the new Face of Bella. When Julie doesn’t jump up and down with glee, Claire worries she’s still upset with her over stopping Hope’s wedding. Julie denies that. It was the right thing to do and very brave. Claire’s relieved. She tells Julie all about the contest and how Theo’s upset that she asked him to hack the system so she could win the contest. He didn’t do it but she wound up winning anyway. Julie narrows her eyes. Did Claire end up cheating anyway? Claire pauses and flashes to Wyatt agreeing to help her cheat so he could wind up picking up the pieces for Ciara. Claire says her followers voted. Julie says then that’s cause for celebration. She imparts advice that Claire should keep family close, knowing Ciara has had a rough time these past few years.

At the DiMera mansion, Hope examines a bloodied Stefan and calls an ambulance, while Chad worries about Abigail. He tells the cops that he found Abs in Stefan’s bed which he assumes means Stefan brainwashed her. Hope puts out an APB on her and then arrests Chad.

In the park, Gabigail calls to send an ambulance to the mansion. Steve walks up. He hears her voice and calls out, “Abigail?” He can tell she’s upset. Gabigail says she and Chad had a fight. She gets a headache and the real Abigail calls out, “Uncle Steve, help.” Gabigail whispers, “Shut up.” Steve questions her. She lies that kids nearby are loud. Steve didn’t hear anything. Abby runs off.

At the hospital, Kayla and JJ talk about his new patients and how wonderful JJ feels helping others. Dispatch calls and he’s sent to the DiMera mansion for a head injury. Kayla is concerned, hopeful it’s not Abby or Thomas. JJ arrives at the DiMera mansion and wheels Stefan out on a gurney. Rafe says once he wakes up, he needs to question him.

At SPD, Hope questions where Chad thinks Abigail could be found. He’s not sure. She asks where his lawyer is. He didn’t call one. He doesn’t want to waste time on that. Hope fills him in on their mystery woman in Hong Kong being Abigail in a wig. Chad says he saw her wearing the wig tonight. Hope’s surprised. “He raped my wife,” Chad says, sickened. Hope vows Stefan will pay for it. Chad says Stefan admitted to brainwashing her but he doesn’t know how long it’s been going on. She isn’t even going by her name.

Steve arrives at Mandalay and hears it in Tripp’s voice that something is bothering him. Tripp confesses he voted for Claire over Ciara in the Face of Bella contest, and Ciara’s upset with him. Steve calls Ciara stubborn, just like her parents. Steve goes and Tripp hears Ciara accept another ‘date’ with Wyatt. Wyatt goes and Tripp gives Ciara Wyatt’s cell he left in the bathroom. Both are surprised when Claire texts, asking how it’s going with Ciara.

Rafe arrives at the hospital with JJ wheeling Stefan in. Kayla gets him a room as Gabigail turns up. She hides while JJ and Rafe worry about Abby. Kayla comes from Stefan’s room. She tells the men Stefan is stable but his neurological function could be compromised and he has internal bleeding. He has less than a 50% chance of surviving and they can’t get a hold of Vivian. JJ wants to find his sister. Rafe lets JJ know that Abigail was the one posing as Gabi in the security video the night Andre was killed, and she’s been wearing a wig. Rafe gets a call that upsets him. Later, Steve arrives. He walks by Gabigail and goes to Kayla’s office. She tells him about Stefan’s beating and Abigail being missing. He says he just ran into her. Meanwhile, Gabigail is in Stefan’s room. 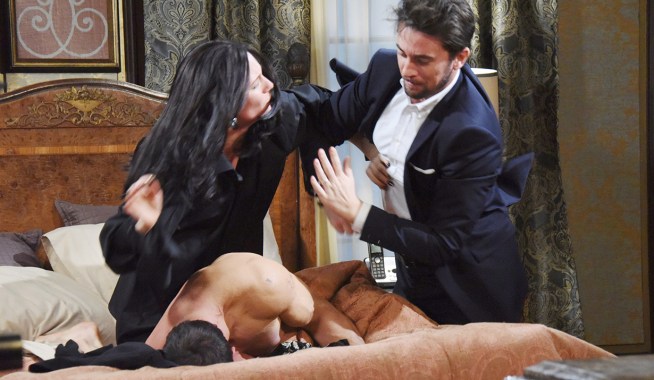 Claire's Busted for Rigging the Face of Bella Contest 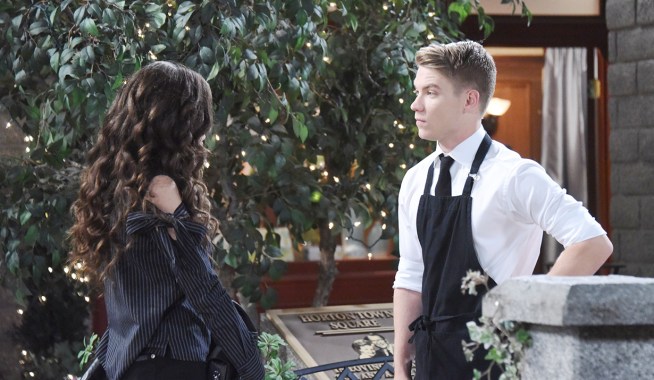