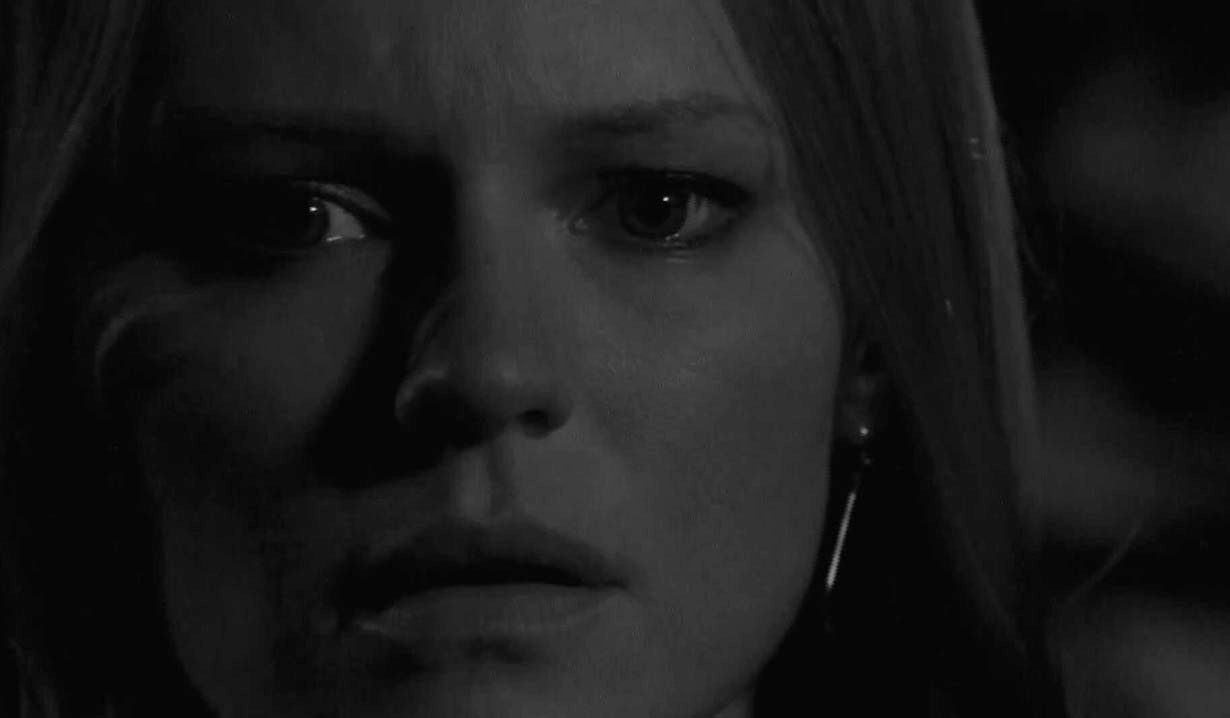 Hope greets Jennifer at the pub. Jenn asks if her trip gave her perspective. Hope is just as hurt and trying to get an annulment but Rafe won’t let her. He hired Justin as a lawyer to fight it. Jenn urges her to take him back. Talk turns to Jennifer’s love life and sex life and reveals it’s so much better this time. Hope’s glad to see them both happy. Chad goes to Rafe at SPD. Neither man thinks Gabi killed Andre. Rafe asks if Abigail has relapsed. Chad doesn’t think so. He wonders if Stefan brainwashed her and brings up seeing the woman from the security video in Hong Kong. He was close to seeing her face before security nabbed him. Chad admits there was something familiar about the woman – like he has seen her before. Rafe asks if Abigail saw her. Chad says she doesn’t remember but he sent her to see Marlena. Rafe hopes Marlena can help her. Chad does too. He wants his wife back.

In her own mind, Abigail is trapped in Marlena’s office as Andre appears to her. Meanwhile, in the DiMera Secret Room, Marlena tells Stefan to prove he’s not his obsessive father and let her out. He can’t. She warns that John Black will tear down every wall in the town until he finds her. Stefan can’t let Marlena go until he has figured out a way to be with “Gabby.” Back upstairs in the lounge, John arrives. He thinks Gabigail is Abigail and asks if she’s seen Marlena. She hem and haws, looking wide-eyed. She lies that Marlena cancelled their appointment today. Back in her mind, Abigail tries to explain to Andre everything about losing time. She explains that though it looks like Marlena’s office, it isn’t. He urges her to pick up the phone and try talking to Marlena again. She does and hears John telling Gabigail that it’s unlike Marlena to cancel like that. Andre disconnects and lets her know nobody will rescue her this time. She has to do it herself. Abigail thinks she’s “going crazy again.” She weeps.

Back in reality, John and Gabigail talk about Gabi’s trial. John’s surprised to hear Abigail thinks Gabi’s guilty. Isn’t she her best friend? Back in Abigail’s mind, Andre and Abby talk about the voices in her head. Andre reminds her she helped him through his own mental health issues as did Laura. Abigail says something about the name Laura triggered something. It’s as if he’s talking about another Laura. Andre replies, “Interesting,” as he pulls out his glasses. Abigail wonders if Laura is one of the voices. Andre says she sounds unhinged and dangerous. In reality, Gabigail thinks John’s right. Gabi is her best friend but she couldn’t lie on the witness stand. She had to tell them Gabi confessed. John can imagine it was a tough decision. Gabigail gripes that her husband doesn’t believe her. John asks if she and Chad are having issues and if that’s why she went to see Doc. Gabigail snipes that none of this is any of his business.

More: Women of Days put down or dumbed down

Back in the Secret Room, Marlena reminds Stefan once again that Gabigail is not a real person. He disagrees. Marlena promises he’ll pay for this. Back upstairs, John apologizes. He wasn’t trying to butt into her marriage. Stefan walks in from the tunnel. The men introduce themselves. John lets Stefan know that he and Marlena have a long history with his father. Stefan feels he’s his own man. Gabigail tells him why John’s there and Stefan claims he hasn’t seen Marlena. He gets a text from John’s phone. Back in Abigail’s mind, Andre knows that Abby was upset about Andre’s death for a few reasons. Abigail recalls it was awful, all the blood…Andre brings up Gabi killing him but Abigail doesn’t believe that. She looks away. “If it wasn’t Gabi then who do you think it was?” Andre asks. Abs has no idea and then considers it. She whines and asks who it really was. Andre demands she answer. When she clams up, Andre yells that it was someone he trusted. Meanwhile, in reality, as Stefan shows John the door, John asks if there’s anything up with Abigail. Stefan says she’s fine, considering.

John wanders through the square and leaves a message for Marlena, telling her he’s getting worried. Rafe appears at the pub. Jenn takes off. Rafe fills Hope in about the woman Chad saw in Hong Kong.

Back at the mansion, Stefan listens to and then deletes John’s voicemail. He goes to Gabby and suggests they leave Salem. In Abby’s brain, Andre advises Abby to be brave and remember. Abs thinks Chad will save her. Andre disappears.

Chad knocks on Marlena’s office door at the hospital, then lets himself in. As he leaves a message, he hears Abigail calling, “Chad, help me.” He looks around.

Vivian realizes someone is on to her.

Chloe and Kate have a confrontation. 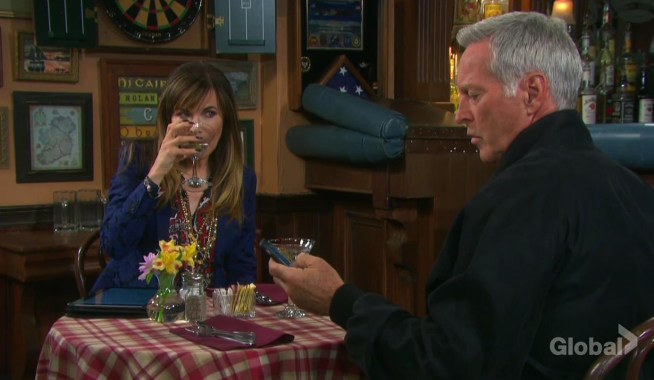 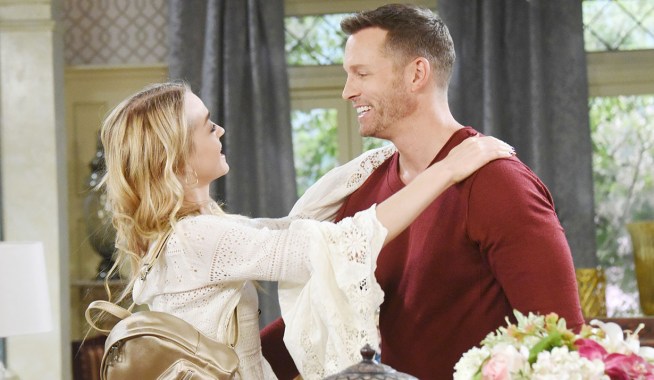