Thursday April 5, 2018: Marlena gets to know Dr. Laura, Chad and JJ can't find Abigail, Val learns Lani and Eli's baby is in trouble, and Abe helps Steve get around without his sight. 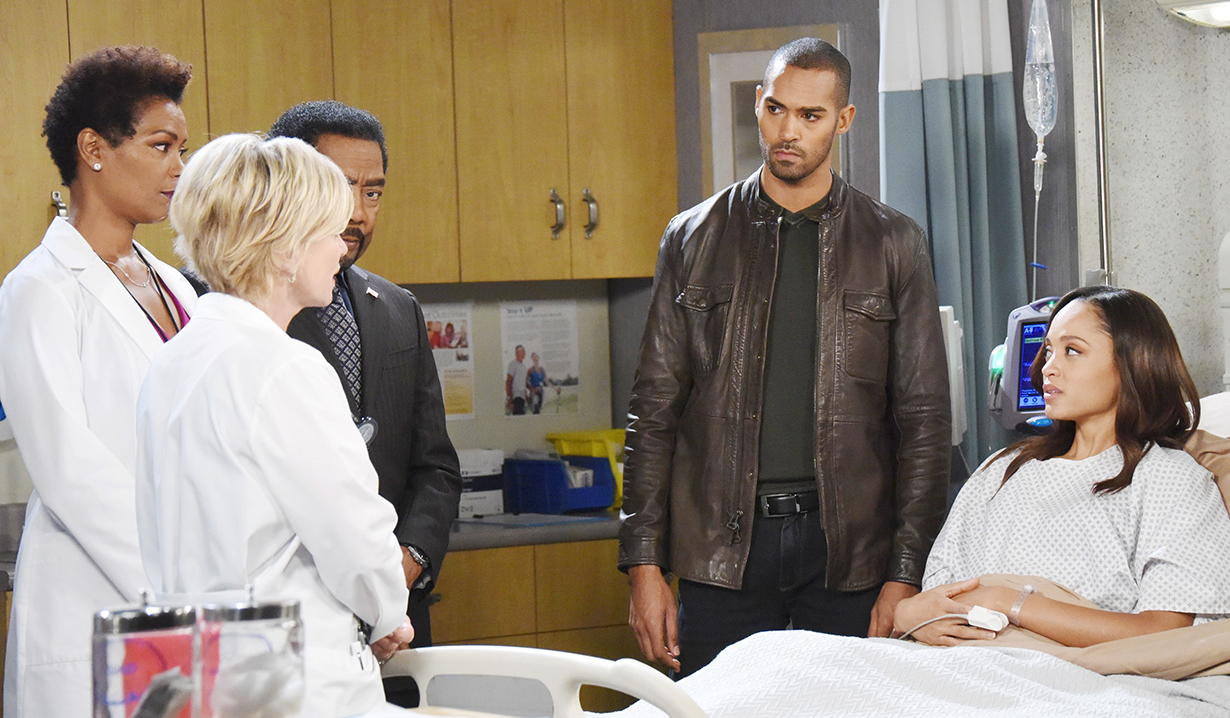 Abe helps Steve navigate around the Horton square. He quickly assimilates, noting where the garbage can and bench are, then hits Abe’s foot and jokes that he doesn’t know what that is. Abe laughs.

Val finds Lani and Eli at the hospital. Eli reveals something could be wrong with their baby. They allow her to call Abe to fill him in. In Marlena’s office, Abby turns into Dr. Laura and assumes Marlena can tell that Abigail has DID but she says Abby isn’t ready to hear this yet. Marlena asks who she’s speaking with. Dr. Laura introduces herself and after Marlena says it’s nice to meet her, La uragail can’t say the same. She receives a text from Chad and lies that she’s with Jennifer. Marlena can see she got her name from Laura Horton and asks who Lauragail was arguing with when Abby heard voices. Lauragail refuses to say. She sees herself as Abby’s doctor. Marlena becomes concerned when Dr. Laura states she’s there to protect Abby. Marlena probes and learns Abby wasn’t molested or harmed by anyone so Marlena deduces that Abby is the one who did the harming. Since Abigail came to her looking for help, she plans on giving it to her. If Lauragail refuses, Marlena will tell her family everything out of concern that Abby could harm herself. Lauragail thinks it’ll only harm Abby if she tells. Marlena asks to speak with Abigail. When it doesn’t work, Marlena expresses her love for her and asks her to fight Dr. Laura, who suddenly gets a migraine. She appears to turn into Abigail and seems confused. Marlena explains she now knows she has DID but that she’ll be fine.

At the Brady’s pub, Jennifer’s too worried about her kids to eat her clam chowder. Eric listens as she talks about JJ’s baby drama and Abby struggling over Andre’s death. They discuss this at length and how grateful Jennifer is that Eric’s been there for her son. She realizes she’s turned their date into a therapy session and apologizes. Eric gets an idea to bring her some laughter. They head out.

JJ arrives at the DiMera mansion to see Abby. Chad can’t find her either. JJ was looking for his sister to cheer him up. Chad offers to lend an ear and JJ talks about his feelings of grief, knowing he’s not going to become a father anymore. Chad laughs. He considers them brothers. He’s always there for him. They discuss Abigail’s recent odd behavior and how Chad thinks it’s because Stefan’s brainwashing his wife.

Stefan sits on a bench at the park and flashes to kissing Gabigail. He misses her.

More: Days’ Stefan O is a watered down DiMera

Back at the square, Abe is upset to hear Lani’s been hospitalized. Steve urges his friend to go. Kayla will be there soon. After Abe’s gone, Steve bumps right into Stefan, who helps him up. Steve recognizes his voice and pushes him away. He knows who he is and doesn’t like how he’s treated his niece, Abigail. Stefan makes light of it and alludes to having a friendship with Abby. Steve vows to protect Abigail. Stefan discloses that Steve reminds him of his Abe arrives at the hospital and he, Eli and Val surround Lani as Kayla explains her pregnancy is considered high risk because she has Placenta previa. She’ll need bed rest. Everyone leaves and Lani asks Val to stay. Lani asks her to be that one person who will tell her the truth as she goes through this challenging time. Val agrees to it.

Jennifer and Eric wind up in his bed at Martin House, watching a romantic comedy and eating popcorn. When things get romantic in the movie, Eric and Jenn gaze into each other’s eyes and then later, once the movie’s over, Jenn admits she felt uncomfortable watching that with him. Eric reminds her they’ve made love before. Jenn voices that it was a while ago. She asks if that’s why he put on the movie. To jog her memory. He asks if he can kiss her and when she agrees, they make out.

Kayla approaches Steve and Stefan and takes her husband away. JJ walks up to Stefan and asks what he did to Abigail. Stefan brushes him off and makes a snide comment about JJ shooting his nephew, before walking off.

Back at the hospital, “Abigail” asks Marlena to keep the DID to herself for now and they agree to meet tomorrow. When Marlena leaves, Dr. Laura reveals herself, then takes a call from Chad as Abigail.

Rafe and Chad talk with Stefan.

Leo’s got some surprising news for Sonny. 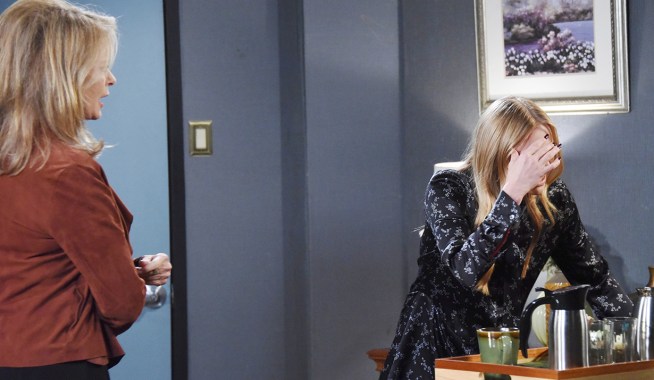 Chad Confronts "Abigail" About Lying on the Witness Stand 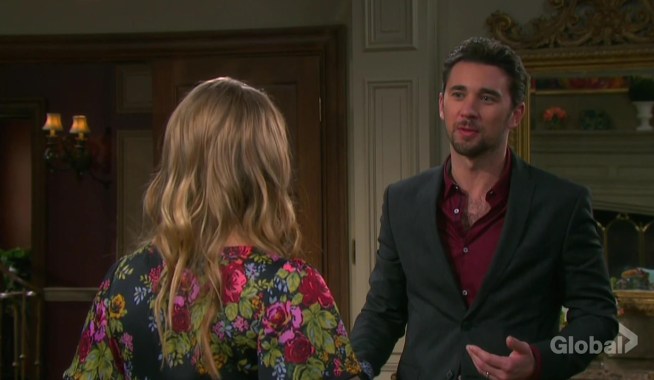