Wednesday April 4, 2018: Abigail seeks help from Marlena for mental health issues, Sonny learns Will is working for his mother, Paul and Will get some romance, and Chad is angered by his brother. 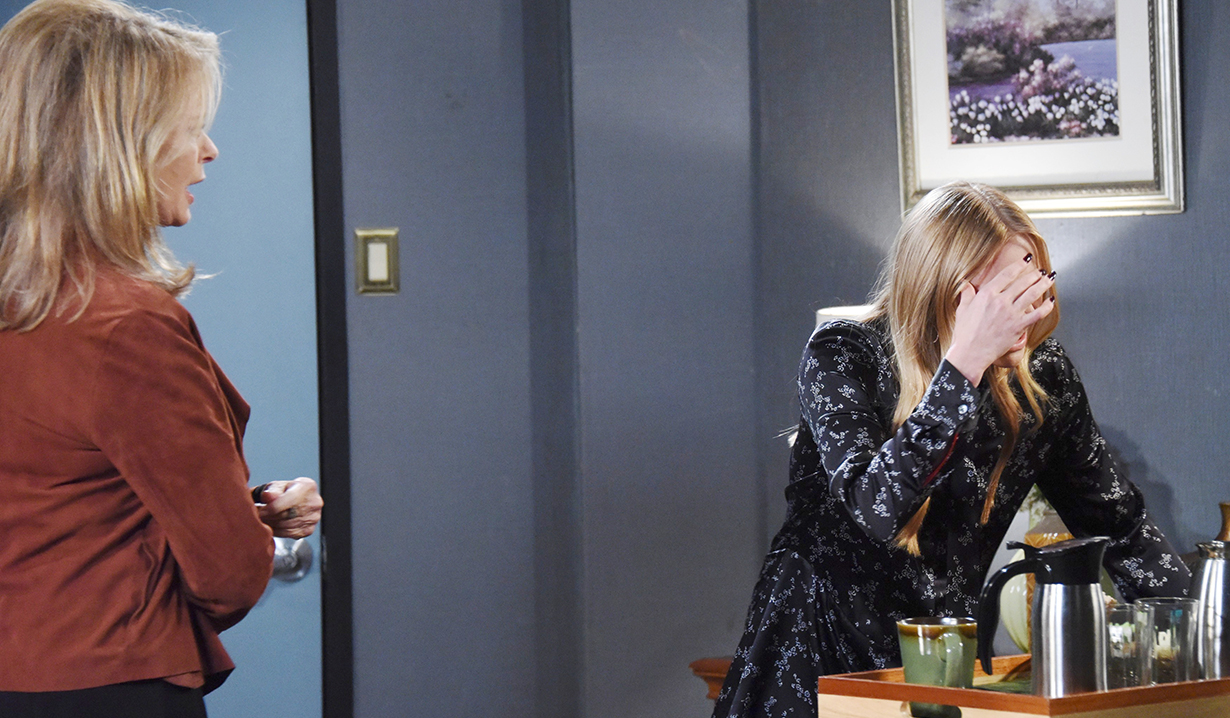 From the Kiriakis mansion, Adrienne calls Will with confirmation about his new position at The Spectator. Will’s psyched. When they disconnect, Adrienne tells Sonny she just hired Will. He’s surprised and then gushes about his date with Leo and how much he likes him. Adrienne’s happy for her kid. She has to dash to get ready for her date with Justin. Adrienne just returned home from visiting Justin’s brothers in Arizona. Suddenly, Justin walks in, exhausted. Sonny glances at his mom and takes off, leaving Adrienne to remind Justin about their date night. She hears the place he reserved is magnificent. Justin cringes. He forgot to reserve. Later, Justin sets up the living room for a romantic dinner – with burgers. Adrienne’s happy. Justin says he doesn’t want to make the same mistakes in the past where work came between them. They kiss. Paul leaves Doug’s Place and runs into Leo. They greet one another and when Leo goes inside, Paul calls Kate. He’s been tailing Vivian all afternoon and there’s nothing to report. Kate tells him to regroup until tomorrow.

More: Cast your vote in the Sudzies Awards

At the DiMera mansion, Chad asks Stefan who the woman is in the security tape. Stefan stalls before admitting that her name is Gabby. Chad’s confused. Stefan tells him the woman in Hong Kong was Gabby. Chad is more confused and accuses Stefan of lying. Stefan’s sorry he didn’t get the information he wanted. He leaves Chad furious. Kate appears and picks up a chess piece. Chad tells her about the deal he made with Stefano to answer questions if he won at chess. While Stefan copped to planting the drugs on him, he said neither he nor Vivian killed Andre, but that the woman on the tape was Gabi. Chad and Kate know that was a lie. Chad tells Kate about today’s testimony with Abigail testifying that Gabi admitted to killing Andre. Kate’s aghast. Maybe Stefan brainwashed her. Chad wonders, since something was off on the plane home to Salem. He goes to find Abby, but she’s not napping as she was supposed to be.

Abigail rushes into Marlena’s office at the hospital, shaking and begging for help. Abby confides that she thinks she’s losing her mind. She tells Marlena about losing entire days of time and not being able to recall conversations she has had with Chad. Marlena vows to figure this out. She asks Abby to recount events leading to her trip to Hong Kong. Abby does so and only remembers waiting for Kayla to give her results from tests. Abby starts to cry as she realizes she has no memory until she was in Hong Kong with Stefan. “It’s like I’m waking up from a deep sleep but it doesn’t make any sense. I was wearing a wig.” Marlena questions that. She says Stefan told her it was to help promote Gabi Chic and was apparently her idea. Then everything went black and she was suddenly at home, today. Marlena checks Abby’s medical file. Her tests came back fine. Abby starts to wonder if her trip to Hong Kong was real. She looks in her purse and finds her passport stamped, so she did go. She talks about feeling disorientated and then as Marlena tries to get her to remember, Abby says, “I hear voices in my head.” They sounded like her and as if they were arguing with one another. Marlena asks if she’s hallucinated or had delusions. Abs hasn’t and Marlena says, “I see.” Abs assumes Marlena knows what’s wrong with her. Marlena is about to say something when Abby has a migraine and turns into Dr. Laura, who tells the psychiatrist that she guesses she was about to tell Abigail that she has DID. Dr. Laura says Abby’s not ready for that.

At Martin House, Will and Paul celebrate their new jobs with beer. Paul talks about investigating Vivian Alamain. Will Googles Vivian and learns she’s “dangerous and insane,” and worries. Paul can handle Vivian. Will suggests they stay in tonight. They banter and kiss and then have sex. Afterward, they discuss their first impressions of each other. Leo spots Vivian at the bar at Doug’s Place. He chats her up then runs to a table elsewhere. Stefan appears and tells his mom his trip to Hong Kong was incredible until Abigail showed up and ruined it. At a nearby table, Sonny dines with Leo and when he sees Vivian, he relays his run-in with her and calls her nasty. They take off. Later, Vivian and Stefan leave.

Leo walks Sonny home and gives him a lingering goodnight kiss. “Should we take this inside?” Leo asks. Sonny grins but hesitates. They kiss again and head in. Sonny hides Leo from his parents as he says goodnight and takes Leo to his room.

Kayla has bad news for Lani.

Marlena meets one of Abigail’s personalities. 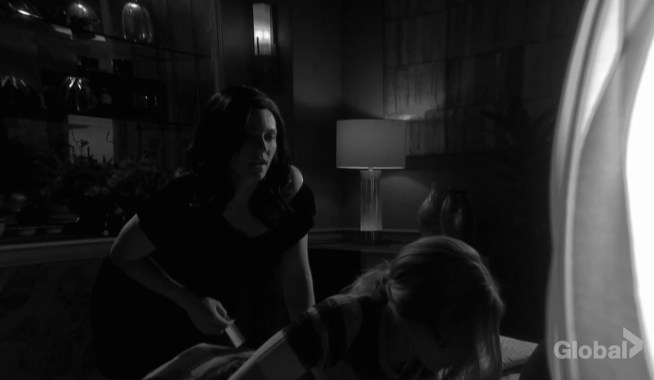 Abigail's Freed From Her Personalities While They Fight for Power

Lani's Pregnancy Has Her on Bed Rest Due to Placenta Previa 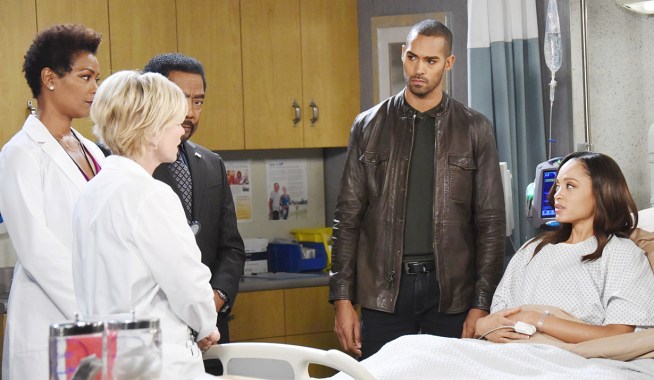