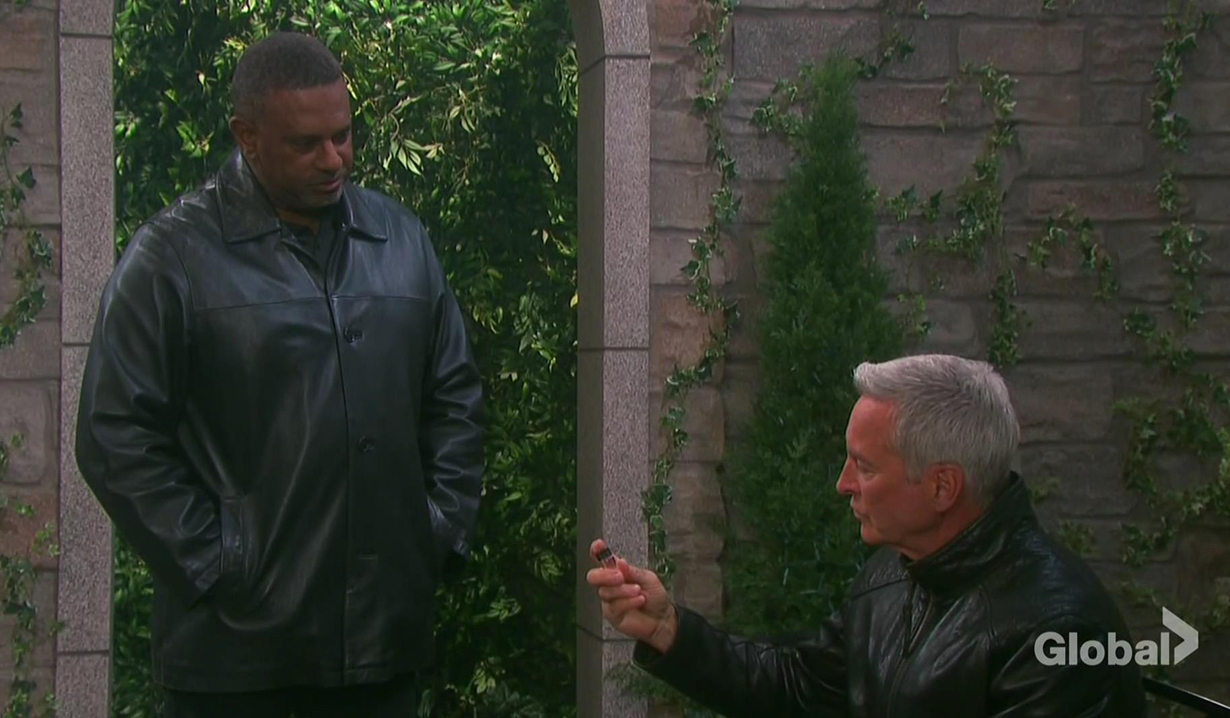 Jenn arrives on Eric’s doorstep at Martin House. She’s flustered when he opens the door shirtless and once she recovers, shares that Roman’s in police custody. They leave for SPD. Meanwhile, Sonny appears at Will’s door. He heard Will moved in with Paul. Will clarifies that he moved into his cousin’s house. Sonny suggests he could have stayed with him but Will couldn’t leach off of somebody he doesn’t… Sonny finishes. “Love?” Sonny muses Will could have stayed at Marlena’s but Will doesn’t want to put his life on hold, waiting for something he may never remember. “It’s time for me to move on.” Will pulls out divorce papers and Sonny gets his back up even more. Will is sorry he can’t be the man Sonny loves.

At the hospital, JJ fawns all over Lani, pushing snacks and water on her. Lani asks him to let her see the doctor alone. JJ ignores her. Dr. Shah walks up and introduces himself as Jennifer’s friend. JJ shakes his hand and introduces Lani. “We’re pregnant,” JJ blurts happily. Lani admonishes him.

Valerie comes upon Eli yelling at a reporter on the phone at SPD. Val wanted to touch base on Lani’s pregnancy. Eli insists the kid is JJ’s not his but Valerie worries Lani’s lying. Eli asks his mama to let it go but she struggles with it. Jenn and Eric arrive with questions to which Eli has none.

Kayla finds Steve at the square not wearing his glasses. He tells her his glasses were working and now they’re suddenly not. “And I’d like to know why.” Kayla’s had it and drags him to the hospital for tests.

In the park, John tells someone on a call that he needs another dose. Paul approaches and hears John snap at the caller, telling them that Steve may be naive but he doesn’t think Steve would consider his best friend is poisoning him. Paul walks up as John disconnects and John lies that he was talking with Steve. Paul sees John slip the drugs into his pocket and questions him. John lies that it’s homeopathic eye drops for allergies. “The situation will be over soon,” John remarks, cryptically. Paul takes off. Kayla and Steve meet Dr. Shah at the hospital and discuss Steve’s blurry vision, headaches and dizziness. Henry offers to run some tests. The men head off while Kay approaches Lani, sorry she’s late. “Is that all you have to say to your nephew?” JJ asks. Kayla’s confused. JJ jokes that she should be congratulating him on being a father. Kayla looks guilty. Both women tell him to take a hike. They head into a room and talk about Lani telling everyone the truth. Lani announces it’s out there now so she can’t and the father is the type that would step in. She knows Kay doesn’t approve but thinks she’s doing the right thing. Later, after Kayla’s gone, Val pokes her head into the exam room and lets Lani know Eli told her that he had sex with Lani New Year’s Eve. Lani lies that the baby is JJ’s. She goes and later, Steve’s finished his appointment and finds Kayla to discuss the findings. While Kayla’s away from the hub, Val swipes Lani’s patient chart and reads it privately, unhappy with what she sees.

JJ downs draught at the pub. Sonny approaches JJ and shares the news about his divorce. JJ tells him about Lani, “We’re pregnant.” Sonny’s congratulatory. Back at Martin House, Paul interrupts Will’s reading with a toolbox Will requested. Will notices Paul looks cagey and invites him in, assuming he needs to talk. Paul takes him up on his offer and explains everything that happened at the park with his father.

Eric and Jennifer carry around fake coffee cups at the square and discuss Roman’s arrest. Eric’s angry that his father is in this mess because of Anna until Jenn reminds him that he helped Hope when she was an escaped convict. Back at the park, a man arrives with more drugs for John and upon seeing John’s demeanor asks if he’s having second thoughts. John rants that Steve’s his best friend. “Cry yourself to sleep,” says the man. He tells John to get the job done.

At the Kiriakis mansion, Sonny prepares to sign divorce papers. 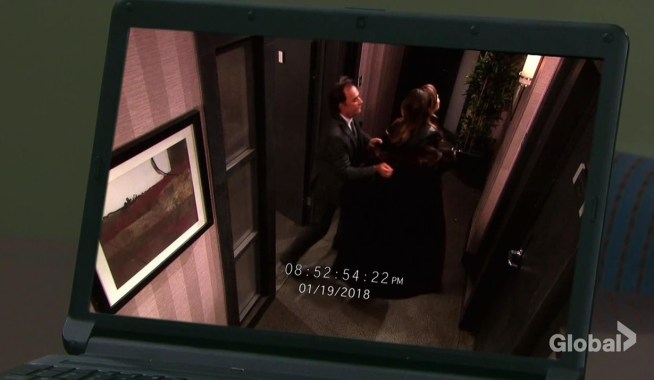 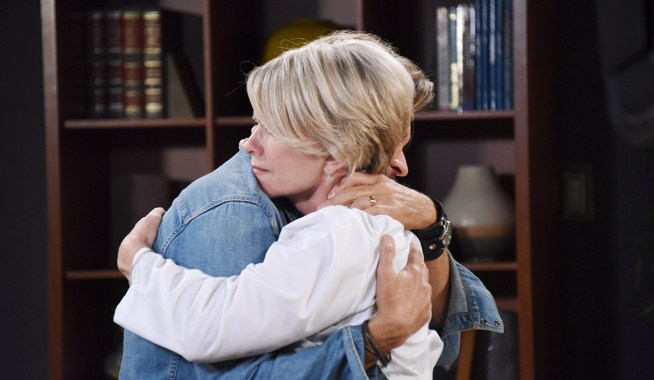