Wednesday January 17, 2018: Vivian gives Stefan advice about Abigail, Val has a suggestion for Eli about cheating, and Theo leaves for his clinical trial. 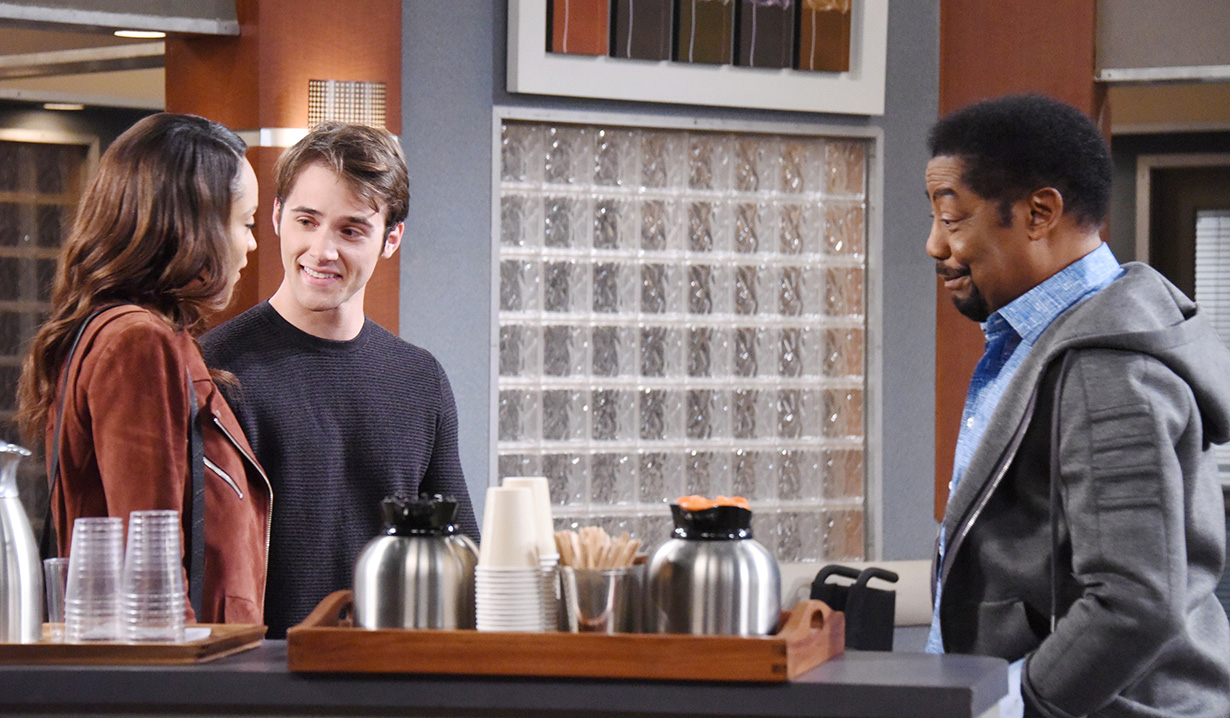 In Theo’s room at the hospital, Claire promises to visit Theo a lot and reminds him it’s only a year. It’ll fly by. Theo tells her he’ll be an uncle and they cry happy tears. Meanwhile, by the hub, Abe overhears that Lani and JJ are having a baby and congratulates them. Lani says Theo knows because JJ was too happy to keep it secret. Back in Theo’s room, Ciara walks in on Claire and Theo. Claire’s snappy but waits outside so they can say goodbye. Theo and Ciara express how much they’ll miss each other. They cry and hug and Ciara rushes out.

At Martin House, Eli explains the details that led to him cheating on Gabi with Lani. Eli calls it a huge mistake. Val comforts her son, but thinks he and Lani should tell JJ and Gabi the truth. Val knows from experience that secrets have their way of coming out. “The cover up causes more pain than the crime.” Eli says that’s different. It’s not like Lani’s pregnant, “Thank God,” they both say, simultaneously. Abigail walks in on Gabi hugging Chad at DiMera and flashes to Stefan trying to make her jealous of the two. She looks worried and interrupts to discuss planning a honeymoon with Chad which will include a trip to see Theo. Gabi watches, unsmiling. Chad goes and Gabi asks if her friend is truly fine with her working closely with Chad. Abs admits she was jealous but blames Stefan, who is trying to make her mistrust Chad. They are amazed that Stefan used the same tactic with one another when he assumed that Gabi signed with DiMera because of her ex. Abs is proud of what Gabi has done with Gabi Chic and will handle Stefan for them both. Abby asks Gabi some questions for the big press release and then they give each other credit for the crazy men in their lives that they beat, like Nick and Ben. In Stefan’s office, Vivian catches him staring at Abigail’s photo and accuses him of being smitten. Stefan makes light of it so Vivian relates his feelings for Abby of Michael Corleone’s love life in “The Godfather.” Stefan finds that ridiculous but feels he and Abigail have chemistry. Vivian reminds Stefan of Abby’s psychological issues. Stefan blames Ben Weston for that. He checked her out. Vivian asks him not to toy with Abigail. Chad interrupts. He hasn’t given him the benefit of the doubt and is sorry. He wants to bury the hatchet. The men shake on it. Chad leaves and Stefan goes to Gabi’s office to read the first draft of the press release of Gabi Chic. He takes it and hands over Abby’s ID. He wants to read this over dinner. Abby refuses but he claims he was talking to Gabi.

Back by the hub at the hospital, Val and Eli arrive and Lani stops Abe from telling them about her pregnancy, which he thinks is further along than it is. They head in to see Theo. Abe is glad that Theo’s grandmother and half brother will be with him. Abe knows he’ll do well because he watched his son beat everything his whole life. They tear up and hug. Outside, Eli privately gives Lani back her earring and they agree not to tell the truth about their secret. Later, Lani visits Theo. They discuss the surprise pregnancy and Lani cries a little. She loves JJ. Theo can see he’s missing something. Lani covers that she’s just not sure what to expect. She wants him to concentrate on walking. She says goodbye, then Claire follows. Ciara leaves and alone, Abe tells Val about Lani’s pregnancy. Val’s shocked and looks from Eli to Lani who are nearby. Theo’s wheeled to the hub and kisses everyone goodbye.

In the park, Chad makes a call to John, putting on the pressure to dig up dirt on Stefan. Nearby, Vivian eavesdrops.

Vivian’s nervous when John gets closer to the truth.

Stefan gets under Abby’s skin. 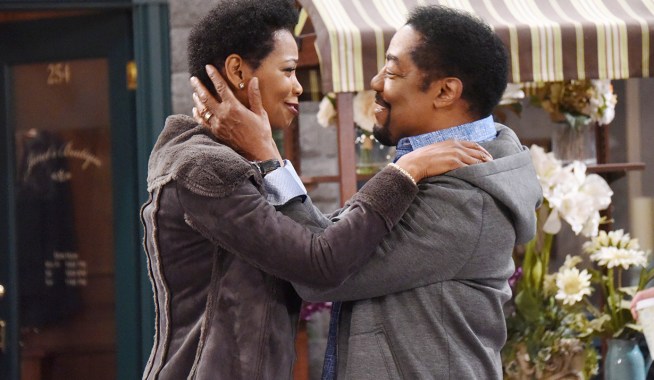 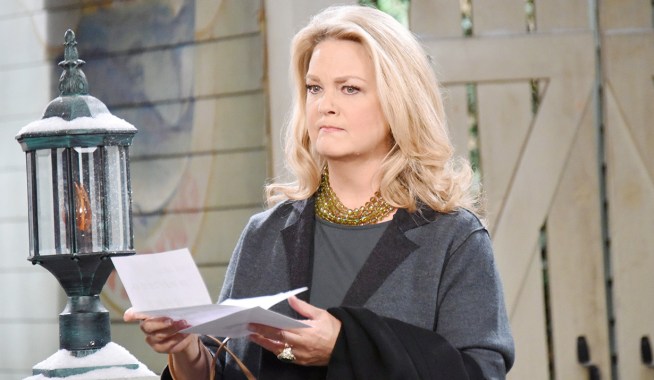