Monday January 8, 2018: Rafe lies to Hope and allows Ciara to keep his secret, Kate walks in on Andre and Vivian talking about her, and Abigail sees Stefan in the nude. 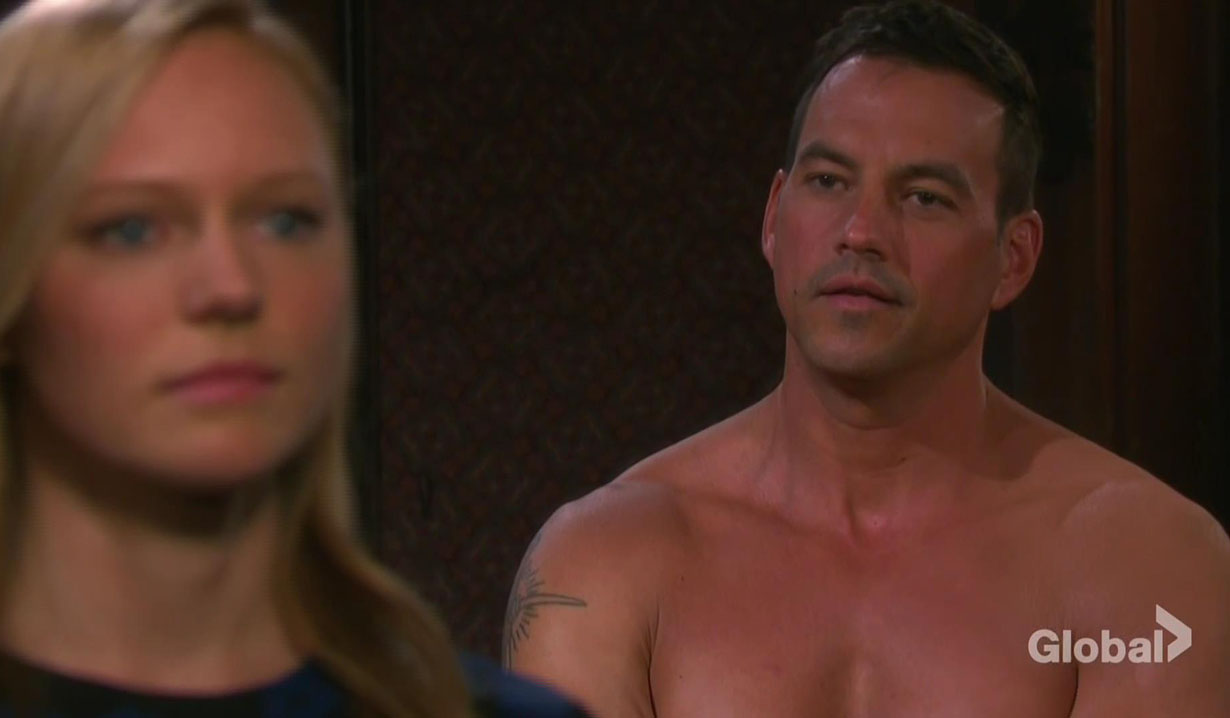 At the loft, Rafe and Ciara stumble over their words, trying to tell Hope why Ciara was upset at Rafe. Ciara lies that she overheard Rafe sucking up to Abe and thought he was trying to get his job back, but that it wasn’t true. Ciara hugs Rafe and Hope is happy things are back to normal. She gives Rafe the keys to Bo’s bike. Rafe can teach Ciara how to ride. They’re happy with that. Once Hope’s gone, Rafe asks why Ciara’s lying for him. Ciara sees his side of the story. It’d hurt her mom if Rafe told her tonight. Ciara says she knows what it’s like to lose someone you love. Rafe doesn’t like her lying to her mother. Ciara doesn’t see it as a lie.

Kate pulls up a chair beside Chad at the pub. He offers to buy her a drink but this doesn’t mean he’s forgiving her. “Misery loves company,” he says. She’s not happy with him either because he quit. Chad admits Abigail went back to get their jobs back. Kate thinks it’s a good idea, especially since Stefan is interested in her. Chad thinks the four of them can take Stefan down. Kate lets Chad know that Andre expressed his love for her and that he wants their marriage to be real, but you have to have trust before any of that can happen – or so she’s heard.

Abigail knocks at Stefan’s door. He tells her to enter and when she does she sees he’s naked. She has a fit and he laughs about American hangups. He pulls on some jeans and Abs wants him to put on a shirt, too. Once that happens, she says she and Chad overreacted and want to be a part of DiMera. He accepts and she goes. Downstairs, Vivian catches Andre talking to Stefano’s portrait. She taunts him and he calls her a bitch. She reminds them they’re alone. That’s no way to talk to his partner in crime. Andre asks her to stop gloating about their success and keep quiet. His family can’t find out he gave her information to hack DiMera. Vivian will never understand why he likes that “spoiled brat Chad” and “insipid Abigail.” Andre wants Stefan to be head of DiMera in name only and for himself to be the power behind the throne. Vivian reminds him they were going to share that throne.  They discuss Andre’s love for Kate but vows he won’t tell Kate anything because if she ever found out…Kate walks in and questions them. Andre makes something up about Vivian trying to convince him to divorce Hope. “I don’t want to live under the same roof as Stefano’s whore,” Vivian says. Andre defends Kate and Vivi backs down. “Love is definitely blind,” she says before leaving. Kate and Andre banter and she kisses him. She invites him to go to bed with her. Back upstairs, Vivian visits Stefan in his room. She sniffs at his small room. He should have taken the master. He tells her he rehired Chad and Abigail and this doesn’t go over well.

Tripp finds Claire on a bench at the park, crying over Theo being told that he may never walk again and that he has to go to Africa for rehab. Tripp puts his arm around her and she jumps off the bench. “Don’t touch me,” she snaps. Tripp was just trying to comfort her. She realizes that and cries on his shoulder. Tripp arrives at the loft and Ciara updates him, telling him that he was right. It wasn’t up to her to tell her mom about Rafe’s dalliance with Sami. After all, they weren’t together. She thanks Tripp who asks her to make peace with Claire. She can’t. Because of Theo. Tripp relays news that they’re not together. Claire appears and confirms.

Rafe meets Hope at SPD. She admits how thrilled she is that Ciara isn’t upset anymore. She credits Rafe but he refuses to take credit.

Abigail runs into Doug’s Place and downs the rest of Chad’s drink. He gawps. She tells him his new half-brother is an arrogant jackass.

Outside, Hope and Rafe make plans for romance in front of her fireplace tonight. They smooch. 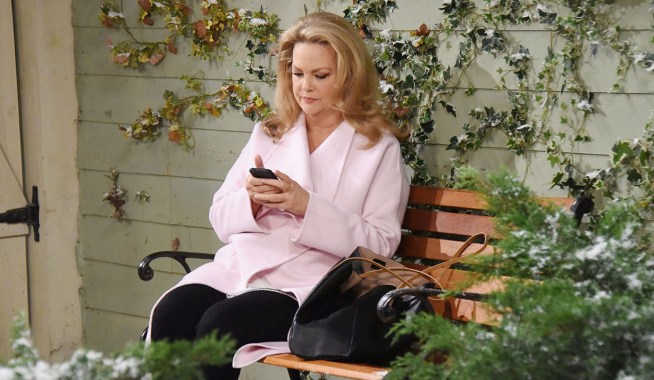 Steve and Lani Have Dizzy Spells but Only One Is Pregnant 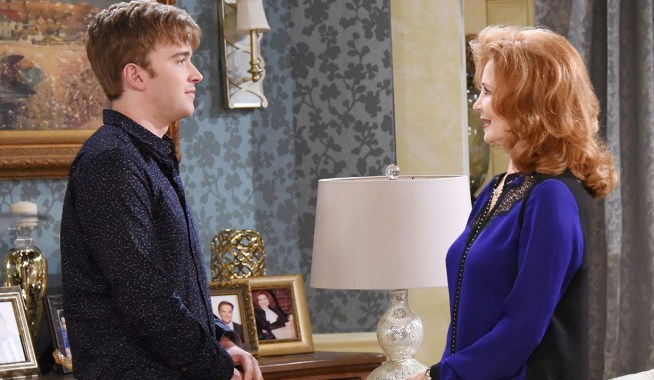