Friday November 3, 2017: Sami, John and Marlena learn that Susan went to Dr. Rolf to resurrect Will, Will doesn't respond when Lucas calls his name, and Adrienne and Justin reconnect. 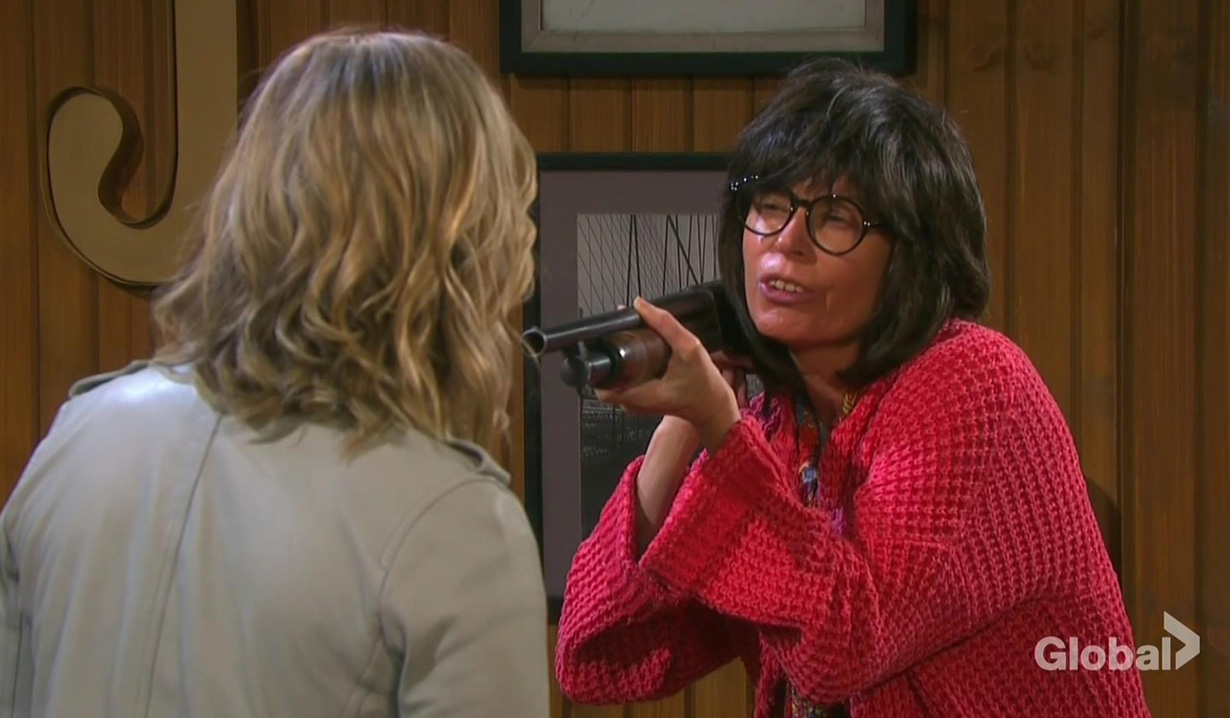 On a call outside of the Brady pub, Kate reassures a caller that DiMera decided not to buy a specific company and that another company didn’t screw them over. She gets off the call and is fuming. Theo arrives at the DiMera mansion looking for Kate but finds Chad and becomes nervous. Has Chad heard word about Will? Chad asks why he’s really there and Theo challenges him to a game of chess. They play until Kate arrives. Theo jumps up and has to go, making Chad wonder to Kate if Andre is using Theo to advance his own agenda and sabotage the company. Chad goes and Kate tells Stefano’s portrait that if Andre’s trying to take her down, “There will be blood.”

Abigail is back working at SPD. Hope hugs her and gives her a stack of files to start on. Abigail admits she came in to quit. Hope wasn’t expecting that. Abigail wants to start over again and find a career that speaks to her. Hope understands. She’ll give the temp the job permanently.

More: Ron Leath back to Days as Henderson

In Memphis, Susan Banks holds a shotgun to Sami, Marlena and John and demands to know why they’re there. They explain. Sami orders Susan to tell her if Will is alive. Susan calls Sami “Rude, rude rude,” and thinks it’s no wonder her boyfriend had to get a restraining order against her. John’s surprised Elvis is her beau. Susan asks if he’s jealous. He pulls a face. Susan says things with Edmond fell apart after EJ’s death. John tries to defuse the situation and Sami follows suit. She calms down and explains that she talked to Rolf but he couldn’t give her answers about her son since he killed himself. Susan appears upset at the news of Rolf’s death but says, “He was one of those vampires.” Sami’s confused. Susan clarifies that they bonded over their feelings for Stefano – there’s a fine line between his love of Stefano and her hatred of the man. She surprises everyone by saying Rolf was smitten with her. Marlena finds that hard to believe. Sami tells her EJ’s been leaving her clues for a year that EJ was alive. Susan admits she has this room because she misses her son so much. Sami cries. Susan blames Sami for EJ’s death. Susan reminds them she had a premonition that he’d die and they ignored her. She hated Sami so much for taking her son. “I sold my soul to take your boy.” Susan tears up as she explains she suffered and lost her faith and hope. She was there when Will died and saw Ben flee the scene. Susan called Rolf to tell him she wanted someone resurrected. She calls Sami, “Mean, mean mean,” and reveals she was prepared to kill Will and was angry that Ben beat her to it. She paid Wilhelm to bring Will back to life so she could kill him herself. Marlena calls that twisted. Sami begs to know what happened next. Susan says Rolf injected him with reanimator stuff but it didn’t work.

At some dive bar in Memphis, Lucas sees Will and assumes he’s hallucinating though he hasn’t had that much to drink yet. He calls Will’s name a few times but Will doesn’t turn his head. Paul approaches Lucas and asks if he’s okay. Will walks into the back room and Lucas discloses shakily that he just saw Will. Paul assumes it’s a hallucination. Lucas knows. He takes a drink of whiskey and wishes everyone would leave his son buried. He can tell that Paul’s worried he’ll lose Sonny if Will is alive. Lucas suggests if Paul wants to hang on to Sonny that he should stop being such a nice guy. Paul tries to get Lucas sober but Lucas insists he can’t be saved. Paul thinks if Will were here he’d deny that. Lucas cries. Paul tries to stop him but he heads to another bar. Paul takes a seat and Will returns. Paul can’t believe his eyes. At the hospital in Memphis, Adrienne shares what went down in Lucas’ hotel room and how she dumped Lucas for Justin. Justin can’t believe this is real. Adrienne still cares about Lucas but now knows she and Justin belong together. Justin grins. He confides that Bonnie made sure that they were never intimate. Adrienne is glad to hear it. They kiss.

Abigail arrives home to Chad. She tells him she quit her job and he explains Theo’s unusual appearance at the manse. Abigail doesn’t see Andre using Theo.

Kate goes to Theo at the loft and asks what the hell he was thinking. Theo didn’t tell Chad anything. Kate knows but he was noticeably nervous. They may have proof of their saboteur.

Paul’s conflicted about what to do with the knowledge that Will is alive. 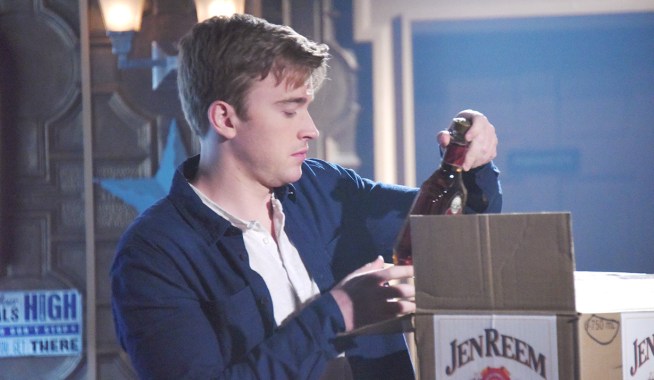 Paul Knows Will Is Alive but Keeps It a Secret 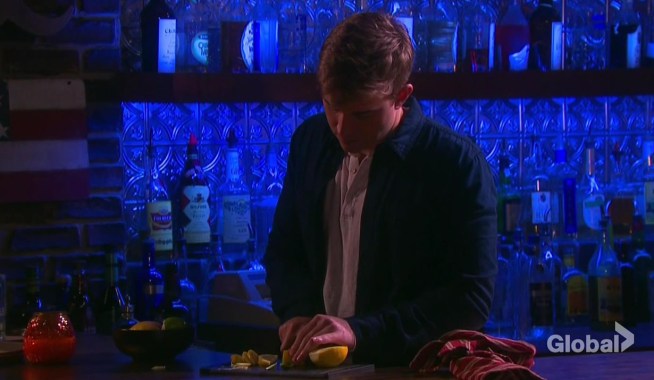