Thursday November 2, 2017: Sami, John and Marlena break into Elvis' house, Lucas finally learns that Bonnie broke up with him, and Abe doesn't like his daughter with JJ. 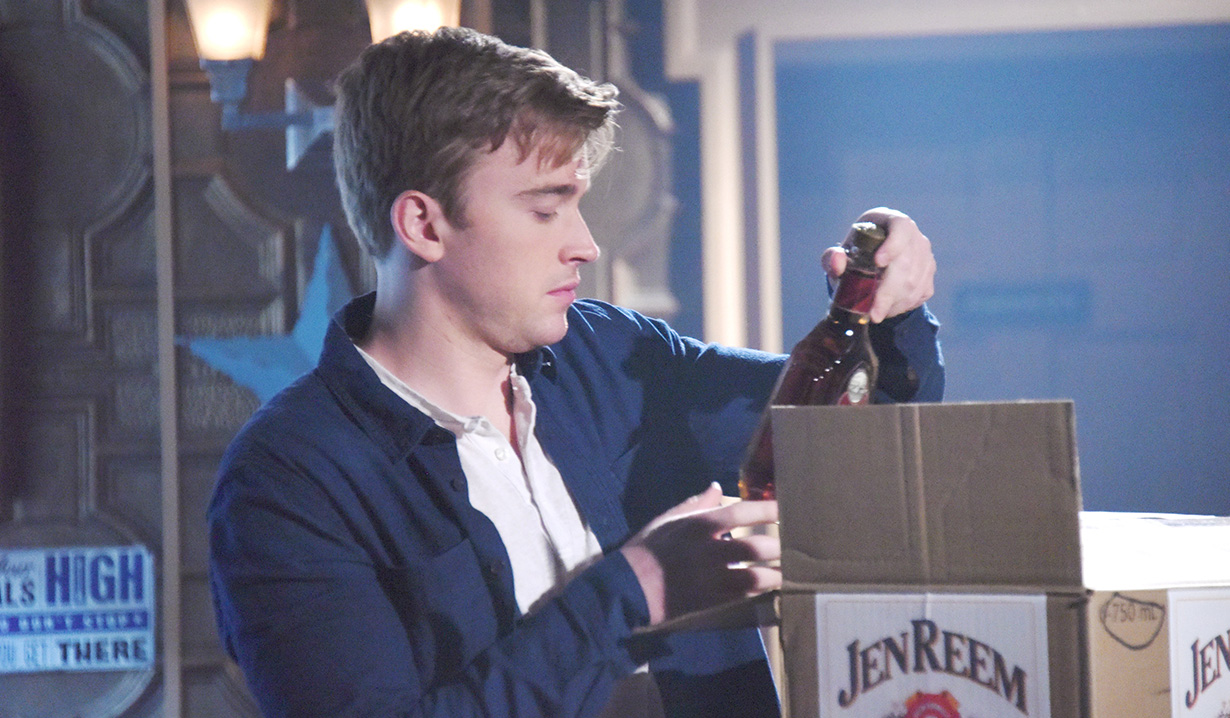 At the square, JJ’s nervous about Abe meeting them. JJ calls him closed minded and stubborn. Abe and Val walk up. They hear this and it’s awkward. Abe brings up JJ’s suspension and Lani defends her boyfriend. Abe says, “Detectives need to keep their cool.” JJ takes responsibility. Abe goes on to remind them that being hot-headed on the job can get them both killed. JJ agrees and vows to work to ensure it never happens again. JJ calls Lani the best thing that has ever happened to him. Val touches her heart, obviously moved. Abe hopes he means it. He says JJ is right. He is stubborn, and knows he’s been too hard on JJ. He’s overprotective of Lani.

At the Kiriakis mansion, Maggie and Victor are happy Bonnie’s out of their lives. Eve bursts in. Maggie’s surprised to see her. Is she there to see Brady and Tate? Eve informs Maggie she married Deimos and is now the grieving widow. Maggie is surprised. Eve never liked him. Eve tells her the story of bonding with him and says she’s moving in. Someone named Lars walks in and Eve directs him to Deimos’ room. Maggie calls this a bad time and explains that Sonny was supposed to marry Paul last week until Ben Weston showed up and ruined the wedding. Eve’s startled. Maggie shares that he claims Will is alive. Eve wonders if that means her daughter is still alive and rushes out. Victor thinks it’s a good time to get Henderson to toss her out. Maggie insists they show her some compassion. Victor says, “Fine, she gets 24 hours of compassion. Then we throw her out on her ass.” Lucas runs into Adrienne at the hotel in Memphis. He’s cool toward her and it takes time, but she convinces him to let her into his room to talk. He guzzles some booze and Adrienne tries to urge him to stop drinking. Lucas ridicules her and she finally blurts that Bonnie Lockhart broke up with him – not her. Adrienne tells him the entire story about being locked up in Statesville, thanks to Anjelica. Lucas is overwhelmed. He asks if she still loves him and wants to be with him. Adrienne tears up. She loves him. He can tell she also still loves Justin. Adrienne says when she heard Bonnie and Justin were together, she was surprised. She didn’t know he felt that way for her still. It changed her feelings. “Justin rescued me,” she says. She was flooded with relief, felt grateful and love. She admits they kissed. She sobs that she’s sorry. Lucas insists he’ll be fine and doesn’t want her pity. He tells her they’re over. She cries and then pleads. She blubbers that she loves him. “Yeah me too,” he says. She goes and he breaks down.

At the Memphis hospital, Sonny sleeps as Justin and Paul discuss the search for Will and Sonny’s love for Paul. Paul doesn’t doubt his fiance’s love. He knows if Ben hadn’t showed up, they’d have a great marriage but feels he needs to be realistic. If Will is alive, he could lose Sonny. He asks Justin for advice, knowing that he just went through a similarity in his own love life. Justin says he has a choice to either take the high road and want what’s best for Sonny, or the low road and look out for yourself. Justin thinks if he had fought harder, he wouldn’t have lost Adrienne. Paul appreciates the support. They reminisce over the first time they met in Dubai when Justin wanted him to fight for his son. Justin calls Paul a good man.

Sami breaks into Roger Fisher’s (Elvis) house and finds the letters “EJ” on a wall. She sucks in some breath and starts to cry. She starts rummaging around until she’s caught by John and Marlena. They remind her of the restraining order against them all. Sami scoffs. How did they get in? John has a lock-pick. Sami needs answers and shows them the initials on the wall. They call it a coincidence but agree to help Sami search the house. Sami opens up to her mother that she’s trying to shove the hope down but she can’t stop. Marlena holds her and tries to calm her. John returns. He found a closet full of women’s clothing. He assumes they’ve something to hide since there were no family photos lying around. John realizes the only person they know who is as obsessed with Elvis as the homeowner is Susan Banks! Just then, Susan walks in with a shotgun. “Did somebody say my name?” and JJ at the square. They’re surprised she’s in town. Eve heard Will might be alive and asks if Paige could be as well. JJ apologizes. He’s sorry but Ben told him that she’s not. Eve reacts in anger and rushes to the station to get answers. JJ follows.

JJ and Eve arrive at SPD. JJ again tells her that Paige isn’t alive. He’s so sorry she got her hopes up. Eve dissolves into tears in his arms as Lani approaches. Eve apologizes. She’s staying in Salem for good.

Lucas arrives at a bar and starts drinking to Adrienne and Justin. In walks Will, with a few boxes of alcohol and Lucas thinks he’s seeing things again. Meanwhile, Adrienne returns to the hospital and to Justin. She describes the terrible shock it was for Lucas to hear her story and says they’re not back The pressure is on for Kate.

Sami finally gets some answers. 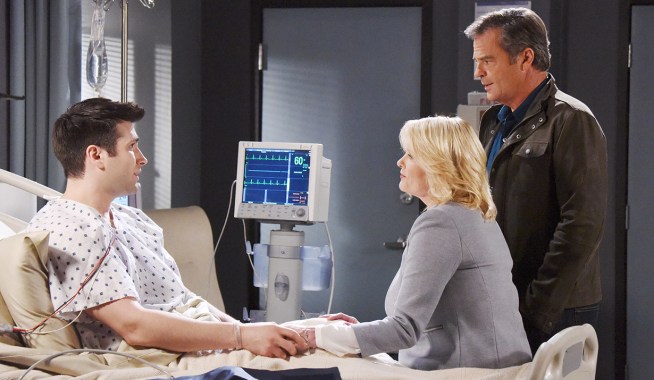 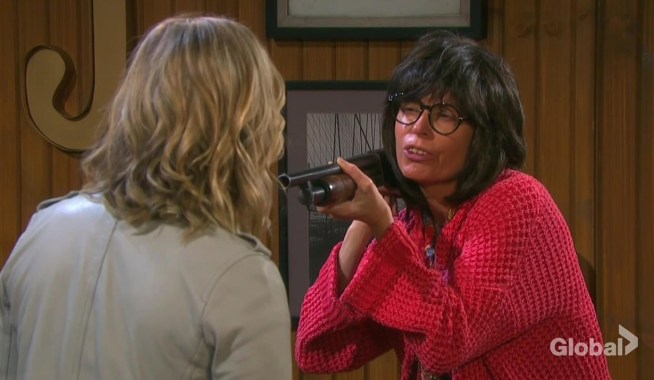