Wednesday October 4, 2017: Paul tries to come to terms with Sonny's decision not to marry him, Sonny asks Chad and Abby to continue with their wedding, and JJ is caught red-handed by the new police commissioner. 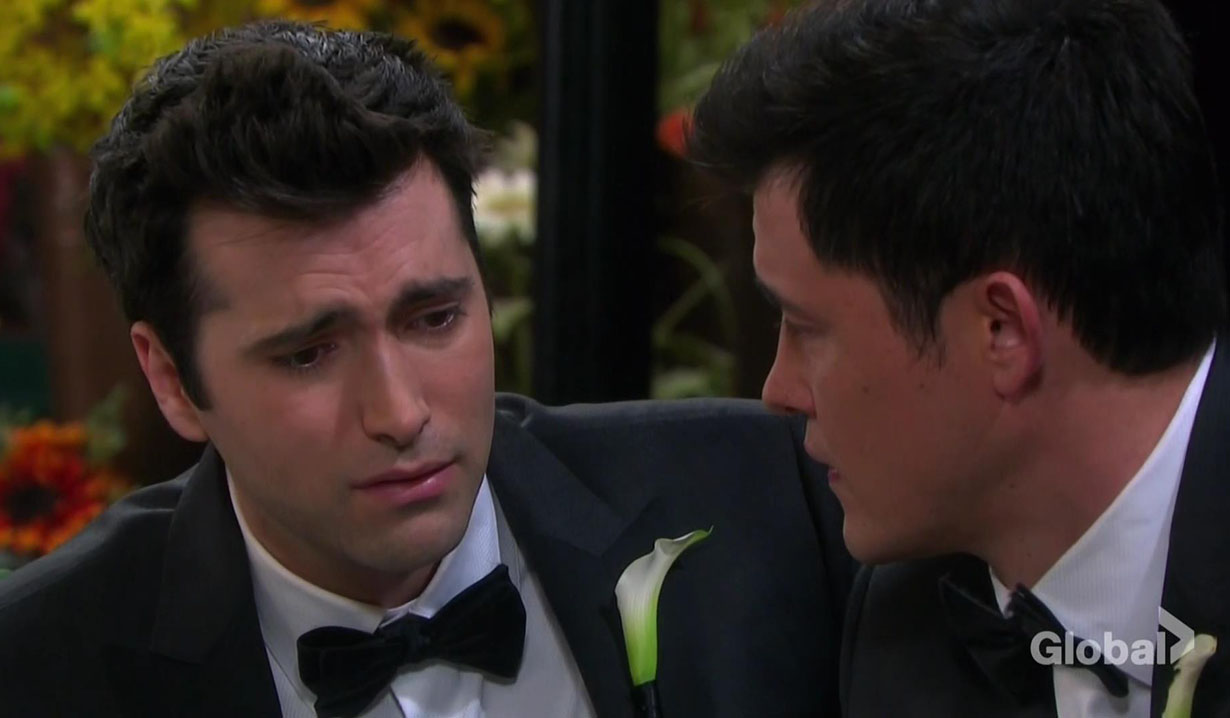 Andre materializes at a private room at St. Luke’s where Jenn’s snuggling Thomas. They’re waiting for word on Sonny about continuing the wedding. Sonny appears to Abby and Chad in the nave. He told Paul he can’t marry him today. Chad asks if he’s sure he wants to believe insane Ben. Sonny needs to know the truth. Chad says he’ll kill Ben with his bare hands if he’s lying, then looks around, remembering they’re in a church. “Sorry.” Sonny asks them to resume their wedding.

Lani finds Paul alone at the square. She’s back from interviewing staff at Bayview. She’s sorry for what went down and lets him know how Ben escaped. She leaves him alone to process. Sonny arrives and apologizes. Paul guesses he needs to know if Ben is lying or not, though he’s finding it hard to understand. Ben’s psychotic. He wonders if Sonny’s just looking for a reason not to marry him. Sonny calls Paul his first love. Paul also knows that Sonny wants Will to be alive. He understands. He wishes he could take his pain away. Sonny’s amazed at how selfless Paul is. Paul suggests Sonny have Will’s body exhumed. DNA testing is the only way to prove Ben’s lying. Sonny protests but realizes it must happen.

At SPD, JJ’s anger grows as he questions Ben in the interrogation room, until he finally explodes and pulls his gun. Ben urges him on, calling JJ a lying, cheating, phony, just like his sister.

Abe and Hope hold a press conference at the park off the square about Hope’s new position as police commissioner. Hope and Rafe discuss celebrating. Rafe and Hope head to SPD. Everyone claps and she tells them to get back to work. She and Rafe interrupt JJ’s death threats and Hope tells JJ to stand down. JJ holsters his gun and Rafe introduces Hope as the new commissioner. She tells him to go get himself together. They’ll talk later. “Yes ma’am,” he says. He finds Lani and leaves. Meanwhile, Ben threatens to sue for police brutality. Rafe grabs Ben and wraps his hand around his neck and starts yelling. Hope yells to back off. Rafe freaks, asking if she has a sweet spot for Ben. Hope’s trying to get to the bottom of all of this. She offers to uncuff Ben and let him write out his statement, then lies that they’ll work out a deal. She threatens to ship him off to prison or Bayview. Later, Rafe has put Ben in a holding cell and returns to Hope. She explains she’s not really going to give Ben a deal. They talk consequences for JJ. “How harsh do you think I should be?” she asks. Rafe defers to his boss.

Abe meets Val at the pub to tell her Hope’s the new commish. She has seniority, and a distinguished service record. Val asks, “Doesn’t she also have a prison record?” Abe says she was cleared and there are no protests from Salemites. Besides, she’s a part of the Brady family. Rafe’s father is in prison and his brother was just arrested. Abe says it’s unfair but Rafe’s FBI experience is an asset to the station. Val asks if Eli will get a job there. Abe thinks Rafe might have a problem working with Eli because he feels Eli put Gabi in danger by discharging his gun when Raines was holding her captive. Val defends her son. Abe says Rafe’s an overprotective big brother. Back at St. Luke’s, in the nave, Chad and Abby decide to marry alone. In the other room, Andre asks Jenn if they should try to find Lucas. Jenn’s not so sure. She thanks him for his thoughts. He tells her they’re family now. They share a laugh. Abs and Chad appear. They’re going to marry and ask Jenn and Andre to bear witness. Father Louis, (played by Larry Pointdexter), appears. His sister took ill and is in the hospital but she’s better now, he says. Now that he’s there, he tells them he’s willing to marry them. They head to the altar and have a small ceremony. Thomas cries so they move things along, skipping ‘if anyone has just cause’. Abby has to hold Thomas while they recite their vows. Chad gives her back her old engagement ring, they exchange bands and are pronounced husband and wife. Everyone blows bubbles at them as they kiss.

In the park, JJ tells Lani what went down with Ben. He’s worried but Lani thinks Hope will go easy. JJ gets a call from Hope. He has to face consequences.

JJ surfaces at SPD. Privately, Hope knows he’s a fine cop but suspends him without pay until further notice. He hands over his badge and weapon. She tells him to stay ‘the hell away from Ben Weston’. He leaves the room and Lani follows.

Lucas gets the news about Will. 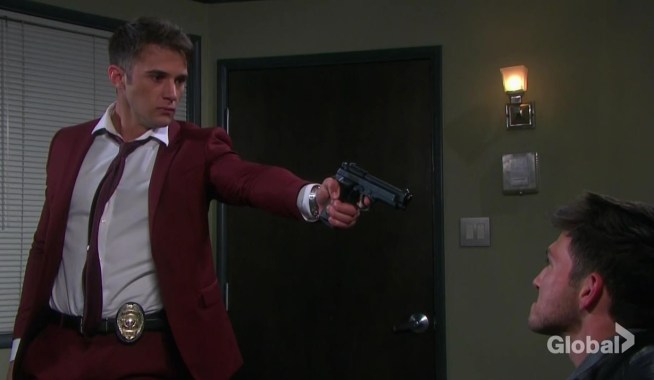 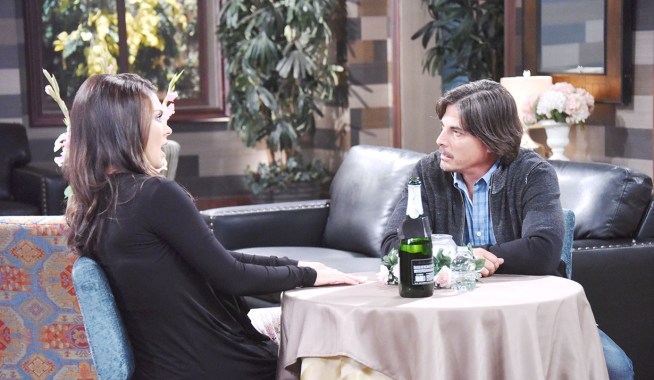