Tuesday August 29, 2017: Andre asks "Marlena" for a favor, Chad wants to rush the annulment so he can marry Abigail soon, and Lucas wakes up in bed with a dead body. 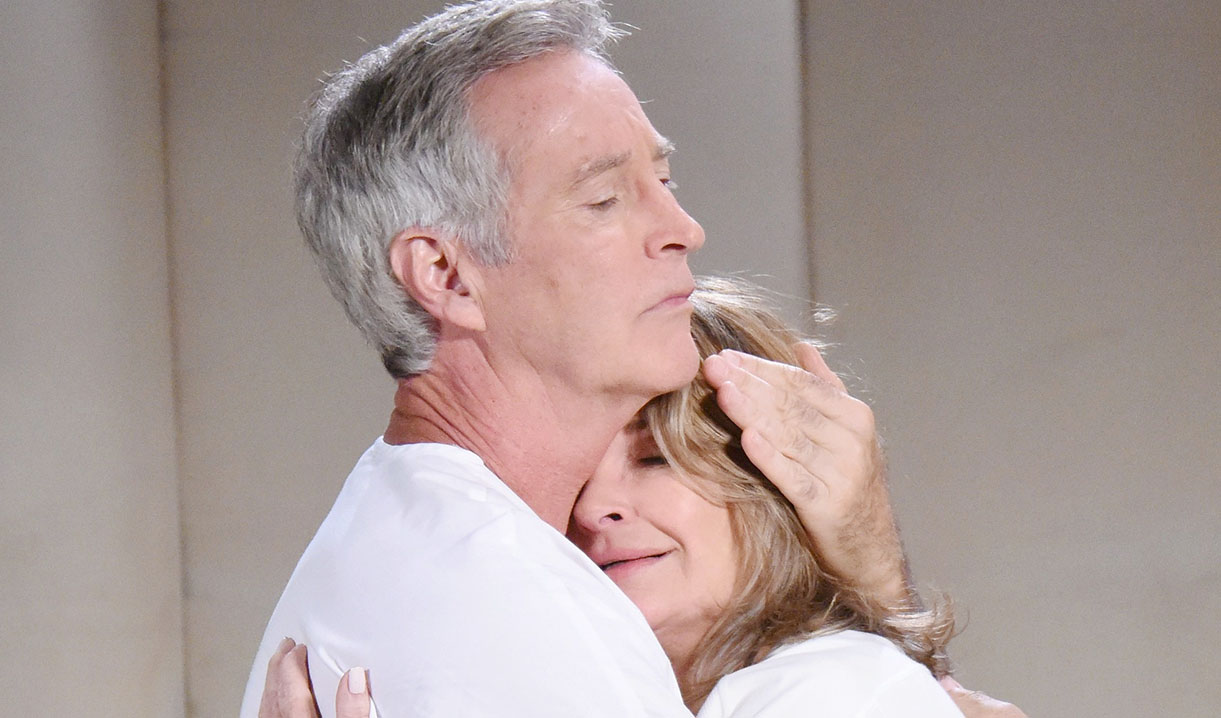 Andre appears in the lounge at the DiMera homestead with the results of his psych evaluation for Kate who cracks jokes as she reads. “Patient is found to be of sound mind. Hah!” She doesn’t believe it but he doesn’t care. Soon, he’ll be running DiMera alone. Kate snorts that Dr. Hazel von Pout will say anything her patients want. The board will see through that “in a Salem second.” Chad wheels Abigail around the hospital in her wheelchair and makes her giggle. She misses her kid and wants to go home. Chad wants that annulment fast so they can marry. She giggles some more then calls Justin. If Dario doesn’t respond in a few weeks, the annulment will go through. Kate arrives to get Chad’s signature on business and tells Abby she’s happy for them. Abigail’s surprised but thanks her.

Sonny and Paul wake up in bed at the Kiriakis mansion, snuggling. Alexander, Sonny’s brother, texts a congratulations on their engagement. Paul looks glum. He hasn’t heard from his father in a long time.

At Bayview Sanitarium, Marlena and John figure they must ask Hattie who she’s working with. The orderly arrives and wants to know who “Hattie” is talking to. Marlena says herself. She complains that they won’t let her talk to anyone else. The orderly confirms that it’s permanent. Once he’s gone, she tells John they’re never getting out of there. John tries to calm her by making her close her eyes and think of her in his arms. She does so and in her fantasy, they hug, lovingly.

At Mandalay, Hattie gets a call from Bonnie who is worried they’ll be arrested for Anjelica’s death. “No no, she croaked on her own,” Hattie reminds her. Nobody will make the connection. Andre pops up and Hattie tells him she’s glad Chad is out of jail and not a criminal like the rest of them. Andre reminds her of the help he gave her that saved her life. Hattie scoffs and tells him one day she’ll make him pay for what he did. Andre’s puzzled. He tells her he had an illness, he sought help and now he’s cured. He tells her there’s a power struggle at DiMera Enterprises and he needs to prove that he’s not… “A raving lunatic?” Hattie interrupts. Andre sighs. He tells her Kate’s cheating on him with Roman Brady. Hattie gasps, “What? No, not Kate!” Hattie suggests they stop them. Andre grins, knowing she’s going to help him. She confirms she’ll do his evaluation, claiming she doesn’t like Kate ‘playing Roman’ the way she is. Andre’s confused as to how this favor has anything to do with Roman. Hattie covers. Andre kisses her hand and she’s momentarily taken. She then takes her hand away and pulls a face.

Lucas wakes up from his bender with his arm around who he thinks is Adrienne. He notes that she’s freezing and turns her over to find Anjelica. “Oh my God!” Lucas exclaims. He notes she’s dead and calls someone to beg for help. Chloe arrives. He shows her Anjelica’s body. Chloe panics. “What have you done?” Lucas has no idea. He recalls bits and pieces from the night before but isn’t sure it’s real since he also thinks he made love to Adrienne, but says she turned into someone else. He can’t explain it. Chloe wrongly assumes Lucas had sex with her. Chloe wants to call the police but Lucas refuses to let her. His job is on the line, and if it gets out that he fell off the wagon, Gabi could stop him from seeing Arianna. Chloe suggests making an anonymous call to 911 and Lucas jumps around happily.

More: Teasers for all four soaps

Kate bumps into Sonny and Paul at the hospital. They chat while Sonny goes to see Abigail. Inside Abby’s room, Sonny’s glad to see Abigail looking healthier. They decide to have a double wedding since St. Luke’s only has one more date available this year for a wedding. Outside, Kate says she’s worried about John. She tells him about Marlena kissing Roman and John decking him. Paul’s bamboozled. It makes zero sense! Paul goes to Sonny and hears about the double wedding. He’s in. The guys go and Abby and Chad kiss. Abby tries walking. She takes a step and falls into Chad’s arms. They kiss.

Andre returns home. Kate asks if he was paying off another doctor. A call comes in before he can answer.

Paul finds “Marlena” at Mandalay. He spits, “I just found out the rotten thing you did to my dad.” 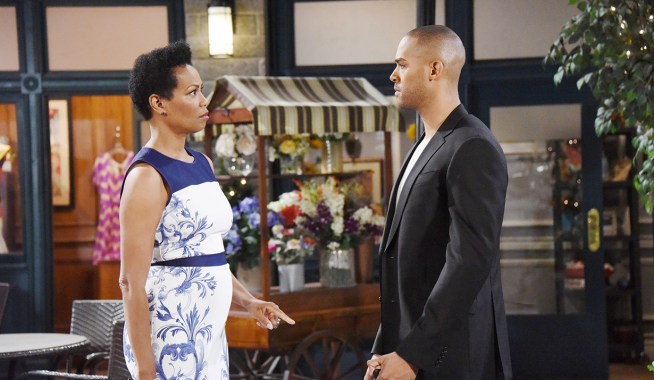 Hattie deals with Anjelica's death by screwing over an innocent person 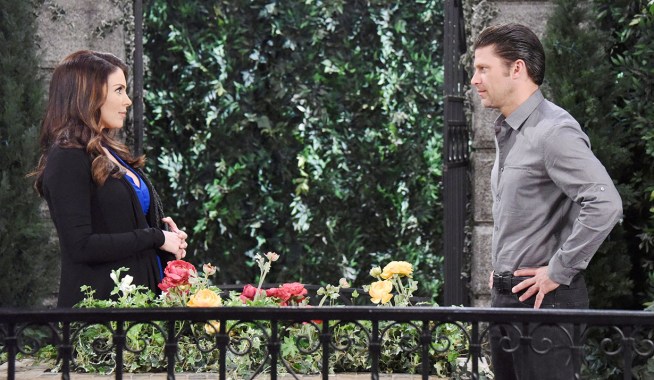