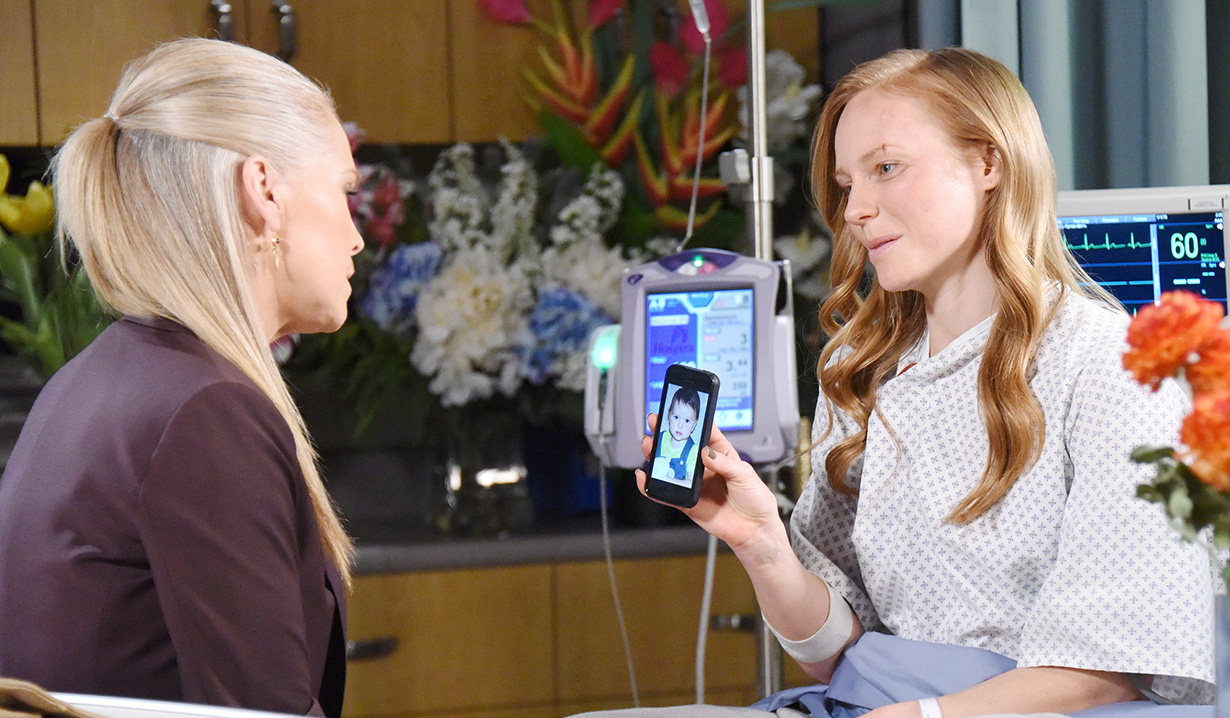 Sonny spots Chad at the hospital. They simultaneously ask each other to be their best man and then laugh. They hug each other in congratulations and agree to be the other man’s best man. Sonny reveals his parents got back together. Inside Abigail’s room, Abby talks about Thomas but Jenn isn’t listening. She’s worried about Lucas blowing his sobriety. Abby urges her mom to find her brother but Jenn’s not sure where to start looking. Abby feels for him but she can’t judge Adrienne because she too cheated on Ben with Chad. Jenn tries to sweep that under the carpet but Abby says she didn’t have PTSD at that point. She regrets falling for Dario’s lies and says Uncle Justin thinks they can get a quick annulment. Jenn goes and Chad arrives some good news… Drunken Lucas lets himself into Adrienne’s room at Salem Inn. “Adrienne” tries to get rid of him. He tells her his mother will fire him if he doesn’t get sober, his son is dead, his sister wants to take him to an AA meeting. He cries that he can’t lose Adrienne. He looks at her and asks, “Why are there two of you?” Bonnie panics. He’s seeing double. He notices the notebook with Adrienne’s bio information inside and opens it, asking what it is. She lies that she was looking at old photos. He spots his corporate photo and questions her. She claims to have missed him. “I knew it, I knew you still loved me,” Lucas says. He kisses her. She tries to push him away but then says, “What the hell,” and they make love. Soon, Lucas stops the proceedings and says something’s off. “You’re not Adrienne!” Bonnie says, “What’s in a name?” They make out again. In the park, Anjelica leaves a message for Bonnie, saying they need to execute the next part of their plan. She orders Bonnie not to touch Lucas and disconnects. Hattie appears and says she corrected the Marlena problem but there was “just a little snag.” John followed her to Bayview and got a peek at Marlena. Anjelica blows her stack. Hattie says she had John Black locked up there. Anjelica worries John will blow all their plans.

At Bayview Sanitarium, Marlena wakes up alone in the straightjacket and remembers John finding her there. She wonders where he went. She flashes to them discussing how Hattie came to have her committed and John explaining that Hattie dumped him and kissed Roman and then remembers two orderlies appearing and dragging John from her room, saying that Hattie informed them he’s a DID (Dissociative Identity Disorder) patient. One day he’s John Black, the next he’s John Robichaud. Marlena calls out his name and John responds from the room next door. He’s in a straightjacket.

Brady finishes a drink at the Kiriakis mansion. Victor appears and wonders why Eric hasn’t been arrested yet. Brady hasn’t turned the amulet in to the police. He explains he knows Nicole isn’t cheating on him with Eric. Victor calls his grandson an idiot. Just because they didn’t “do the deed” doesn’t mean that Eric didn’t kill Deimos. Brady insists his brother didn’t do it, causing Victor to question how he knows. Brady asks him to let it go. Deimos got what he deserved. Victor realizes Nicole killed Deimos. Brady explains that Deimos bribed the judge who took Holly from Nicole. “Damn,” Victor exclaims. Brady convinces Victor to keep quiet, saying he knows his granddad wouldn’t want Maggie’s granddaughter to be brought up by someone outside the family. Vic tells Brady to keep the amulet. Vic goes and Sonny arrives. Nicole arrives at the Horton Center and catches Eric writing a love letter to her. He tells her it’s a proposal for something work-related and she offers to help. He clutches the book and refuses her. He calls himself a terrible writer but Nic remembers the letters he wrote her from prison to be lovely. She wishes she had read them before she was filled with such hatred. She’s sorry she didn’t forgive him sooner. He rubs her arm and tells her he understands. He holds both her hands and Nic explains that she was completely honest with Brady about forgiving Eric and that Brady’s the one she loves with all her heart. Eric’s face falls and he lets go of her hands. She tells him Brady is the one who ransacked Eric’s room, looking for evidence that they were having an affair. Nic flashes to revealing she killed Deimos to Brady and Eric asks what she’s thinking. Jennifer arrives and Nic gives them time alone.

Hattie and Anjelica arrive at Salem Inn arguing about how long the sanitarium will hold John. They knock on Bonnie’s door and when she answers, they’re shocked to find Lucas passed out, naked.

Marlena and John assume Hattie has a partner. 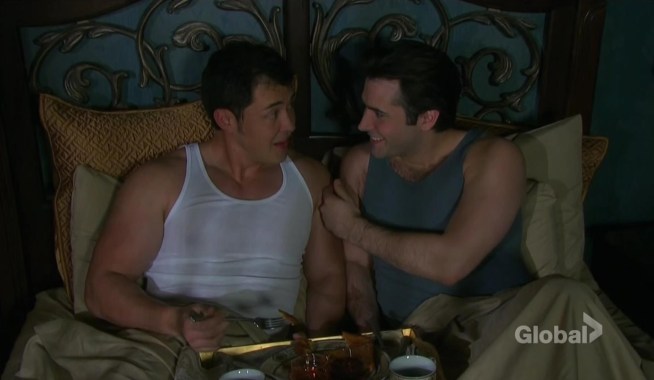 Lucas' drunken antics cause despair in those who love him 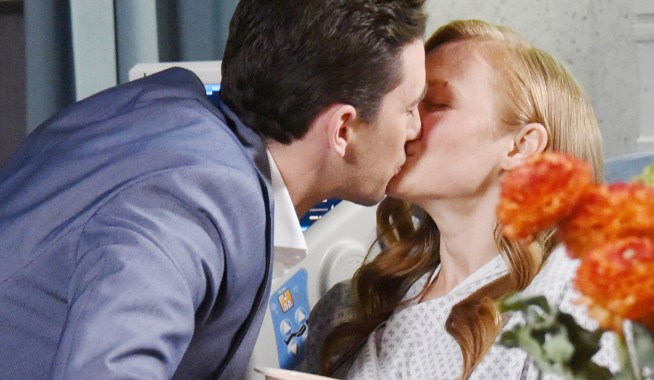