Lucas’ drunken antics cause despair in those who love him

Wednesday August 23, 2017: Sonny and Chad have the same question for one another, Lucas is drunk again, Brady can't resist another drink, Jennifer learns her daughter's remarrying Chad, and Bonnie gets Justin to move her into the Kiriakis mansion. 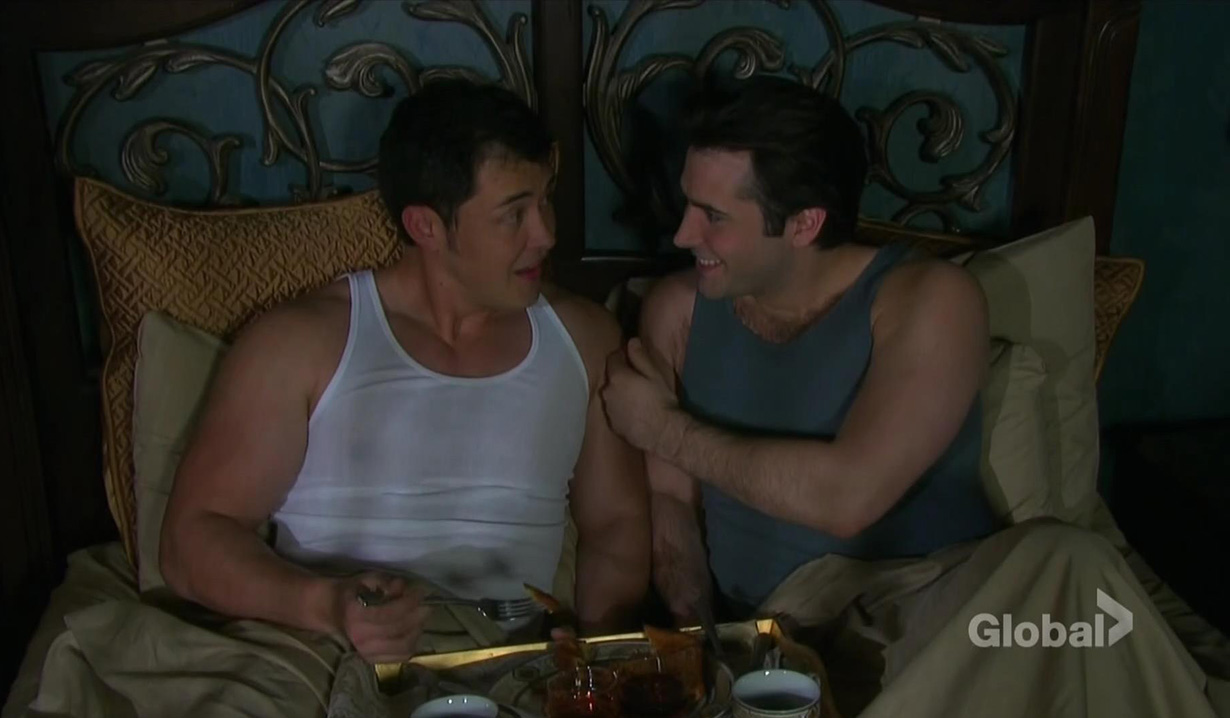 Chad and Abigail snuggle and kiss in her bed at the hospital. They profess their love and he goes. Jennifer arrives and Abby tells her mom she and Chad are getting remarried. Jenn questions if she’s sure but Abby is positive. She’s stronger and they’ve both changed. There are no doubts she’s his equal.

Sonny and Paul have breakfast in bed at the Kiriakis mansion and smooch, then go off to shower together. Downstairs, Brady gazes at whiskey longingly. Nicole appears, reeling from remembering she’s a murderess. Brady tells her to focus on her kid and their future. She vows ‘no more secrets’. Paul appears as Nicole leaves the room. Brady tells Paul Nicole and Eric aren’t having an affair. Paul is glad – he didn’t think they were. He shares that he’s marrying Sonny. Brady’s happy for his little brother. Paul goes and Nic returns. Brady tells her about the engagement. She’s happy but it should have happened a long time ago. It’s her fault Sonny was in jail. Brady reminds her to keep her secret from Eric. Once she goes, he downs whiskey.

At Salem Inn, “Adrienne” refuses sex from Justin. She can’t go “jumping between the sheets,” she says, even with him. He asks if she’s having second thoughts. She’s not and when he insists they revisit this in a few weeks, she jumps on him and kisses him. Sonny arrives and they tell him that they’re back together. Sonny’s really pleased. They hug and he tells them he’s engaged to Paul. They congratulate him but Bonnie can’t recall what sport Paul played. Sonny goes and Bonnie says it’s time she move back into the Kiriakis mansion. Justin says to pack her things and he’ll be back.

At the Brady’s pub, Eric writes Nic a love letter. Lucas arrives and calls Eric a backstabber. Eric’s confused. “Are you drunk?” Lucas says no. Eric asks if he wants to talk. Lucas will talk about it with ‘Bloody Mary’. Eric tries to talk him down and is surprised when Lucas accuses him of wanting Nicole. He can identify. Both women they want are interested in other men. Lucas offers to buy Eric a drink but Eric refuses. Lucas helped him with his sobriety and he wants to repay him. Lucas scoffs. He’ll drink elsewhere. Eric can’t let Lucas drive. Lucas snipes that he’s not driving. “I’ll take a cab. I’m not you!” He bumps into the wall on his way out.

At the DiMera mansion, Andre addresses Kate’s kiss with Roman. Kate muses that it meant nothing. Andre calls it a slippery slope and Kate rolls her eyes. Chad interrupts. He tells them he’s marrying Abigail again. Andre’s thrilled while Kate feels for Gabi. Andre jokes that he’s off to watch “Roman Holiday,” and Kate shakes her head. Chad looks puzzled so Kate says to ignore Andre. She asks if he’s sure he wants to remarry Abigail, “that damsel in distress type.” Chad is positive, so Kate vows to suck it up. They discuss her own marriage and how Andre’s making her life miserable. “That’s what martinis are for,” she says. They laugh. Chad thanks her for saving the company. He goes and Lucas meanders in, telling Kate, “Let’s get this party started.” She asks if he’s drunk. “As a skunk,” he mutters. He tells her Adrienne dumped him. Kate can’t resist telling him, “I told you so.” She calls Adrienne her friend but she knew that he’d be hurt because of her. She brings up ancient history with his relationships with Sami, Chloe and Nicole and he snarks that he can’t believe he was expecting compassion from her. “I must be drunker than I thought.” Lucas yells that he drinks because of her. She cries and threatens to fire him from Countess Wilhelmina if he doesn’t get sober. Lucas takes off and Andre returns. He wants to negotiate. He’s sick of being marginalized, calling himself invaluable to the company and family. He wants to be co-CEO. She laughs, calling him certifiable. She goes and he talks to Stefano’s portrait, saying Kate has pushed him too far.

More: Which soaps are on Labor Day

At the Horton Center, Eric stares at Nicole’s photo and reads a love letter to Nicole. When she arrives, she notices he looks intense.

Jenn ignores Eric’s call at the hospital. Lucas arrives with a bottle of booze in a paper bag. Jenn drags her brother out of the room and throws the booze away. She’s so sorry Adrienne dumped him but drinking is not the answer. Lucas cries. Jenn begs him to let her support him but he can’t and rushes off. Later, Sonny finds Chad and says he has a question for him. Chad has one for him. Together they say, “Will you be my best man?” They break out in laughter. Back in Abby’s room, Jenn tells her daughter what’s going on with Lucas.

Lucas arrives at Salem Inn and lets himself into Adrienne’s room. He tells “Adrienne” he can’t live without her.

Nicole considers confiding in someone else about killing Deimos.

Bonnie’s thrilled when she gets her shot at Lucas. 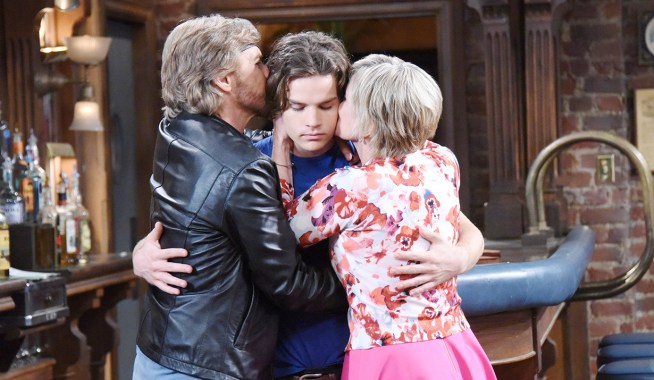 Dario's silent partner is revealed as someone in a high position 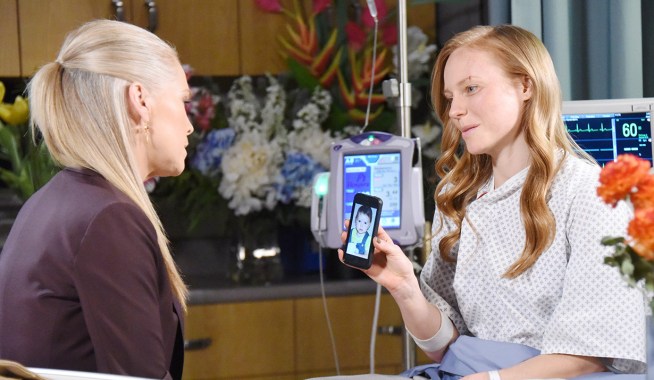