Friday August 18, 2017: Roman explains to "Marlena" why they can't be together, John confides in Kate, Brady learns the truth, and there's a proposal. 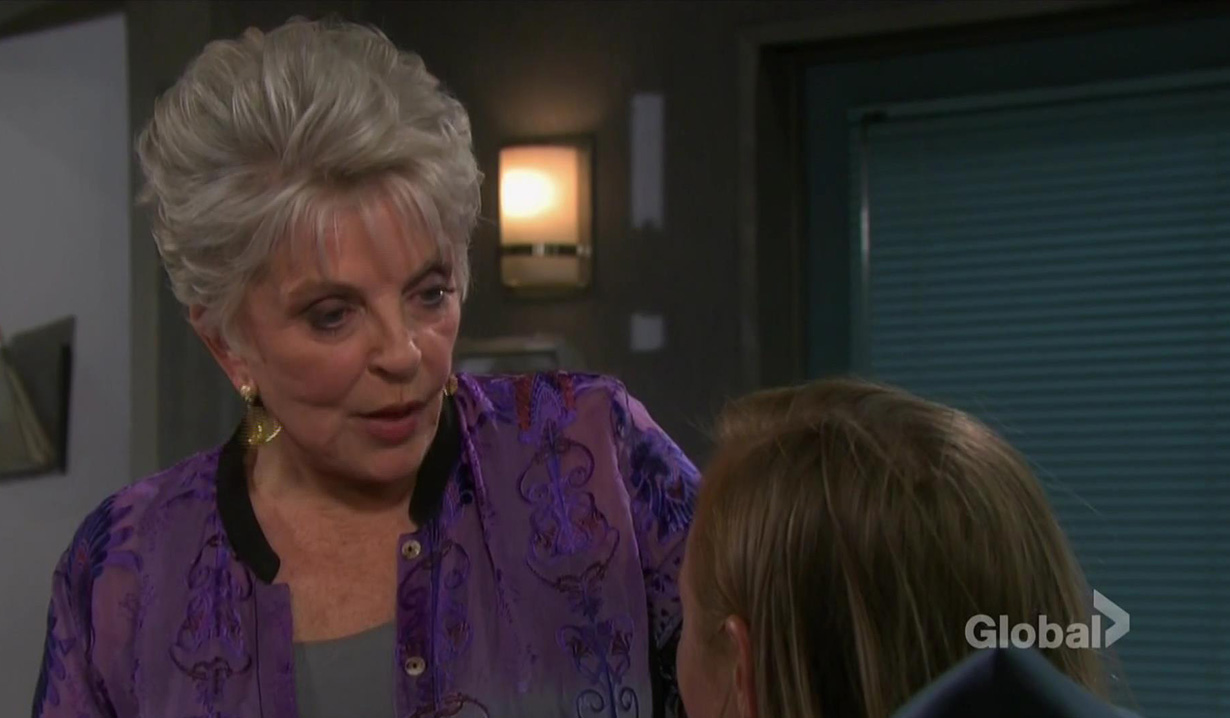 At SPD, Sonny and Chad repeat their thought that whoever took the cursed amulet is the one who took Deimos’ life. Paul appears and they go off to the hearing. Chloe walks into the Horton Center just as Eric is gazing at Nicole’s photo and wondering why he can’t get her out of his mind. She questions him and he covers, surprised to see her. She relays that she’s back in town because Dario offered her a job but now he’s on the run. Chloe asks where Nicole is. She wanted to see how Holly is doing. He tells her Nic just left. Chloe asks how it’s been between him and Nicole and he tells her it’s been good. She asks if that’s who Eric was thinking about when she walked in. He admits he still has feelings for Nicole but can’t tell her about them.

At the Kiriakis mansion, Brady strokes the amulet and considers that Eric killed Deimos. Nicole approaches him and blurts that she and Eric aren’t having an affair. Why should he believe her? Nic asks if he trashed Brady’s room. He admits he was looking for photos of their photoshoot, making it sound lurid. She shakes her head and calls him an idiot. She thrusts the photos at him. He’s befuddled by them. She explains they’re for Holly. He asks what the secret is that they were keeping. She admits she forgave Eric and hid it so Brady wouldn’t get the wrong idea. She cries that it backfired. Brady blurts that Eric killed Deimos. He shows her the amulet and says he found it in his brother’s room. Nicole gasps and recalls Eric telling her “I think I did something bad,” that night they were drugged. then remembers holding the amulet in her hand that night. Hattie kisses Roman hard at the pub and he throws her off and shouts, “Marlena. What are you doing?” She kisses him again. He pulls her off him once more and she claims she was caught up in the past. Hasn’t he wondered what could have been between them? Sure he has. He’ll always love her in a way, but the kiss was wrong. They’re different people now. She denies it. Their ship has sailed a long time ago. At the DiMera mansion, Kate talks Andre out of going to support Chad at his hearing. She reminds him of how it’ll look bad considering who he is. Andre confronts her about what she told the board about him. She stands by her words and he mutters that her days as CEO are numbered.

Julie visits Abigail in the hospital. She’s glad Abs and Chad have reconciled, happy Gabi’s out of the picture. Abigail worries about what their future entails if he doesn’t get out of jail. They discuss ridiculous Abe’s arrest and Andre appears and calls Abe a self-righteous hypocrite. Julie glares. “Look who’s talking, says the bottomfeeder of Salem.” Andre comes back with, “Says the queen of self-righteous hypocrites.” Julie spits, “Says the town lunatic out to destroy lives.” She plods off. Abby apologizes on Julie’s behalf, knowing what it’s like to be called crazy. She knows Andre worked hard to get better. Andre’s not sure what he’d do without her. They laugh at his sentiment. Chad interrupts and there are happy smiles and hugs. Andre goes. Abby’s relieved. She thought she lost Chad. He told her he’d be back. He’ll always come back to her. He sighs and says, “Marry me.”

Kate sees John at the square and asks if he’s snubbing her. He’s sorry. He didn’t see her. She apologizes for how she acted last time they saw each other. He says she was on the mark about Marlena avoiding him. Kate’s surprised. “She dumped me Kate,” he says. Kate sniffs, knowing Marlena’s love for him can’t just be gone. She drags him out for a drink.

Kate and John walk into the pub as Hattie rushes out, ignoring John who is calling her name. John asks for an explanation and Roman tells him the truth. John punches him. Kate gets between them and Roman yells that she kissed him and he told her to get out and make things work with John. John apologizes profusely. Roman understands. The way she was talking just wasn’t her. John runs to find her while Kate and John discuss the mess and confusion. Roman admitted it did make him think he’d like real love in his life. Kate says it could be a blessing or a curse. Roman thinks it’s time to find someone new – or revisit a chance to be with someone he once loved. He considers it could be faith that brought Kate through the door. She looks at him tenderly and they kiss. Andre walks in and looks pissed.

Back at SPD, Paul and Sonny are thrilled that Sonny is released. They discuss how Sonny made some morally questionable decisions at Titan but he’s going to make some things right. They kiss and Sonny has something to ask…

John goes to Salem Inn and pounds on “Doc’s” door.

There is another proposal… 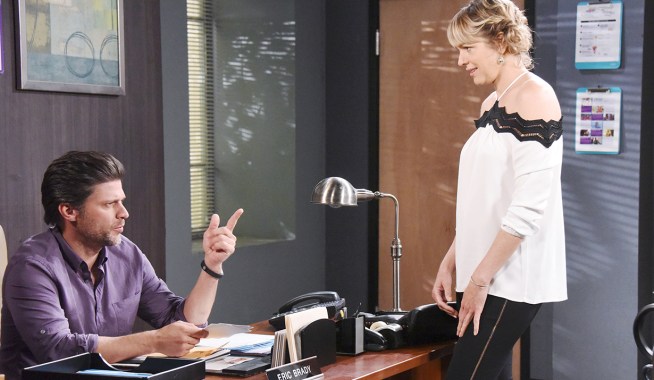 Hattie acts on her feelings for Roman - with a kiss

Deimos' murderer recalls the events leading to his demise 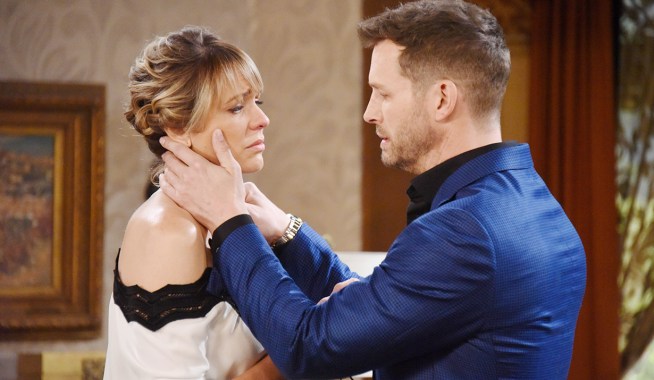