Wednesday August 9, 2017: Eric questions "Marlena," John gets a call from the real Marlena, and Brady goes to Victor with the amulet. 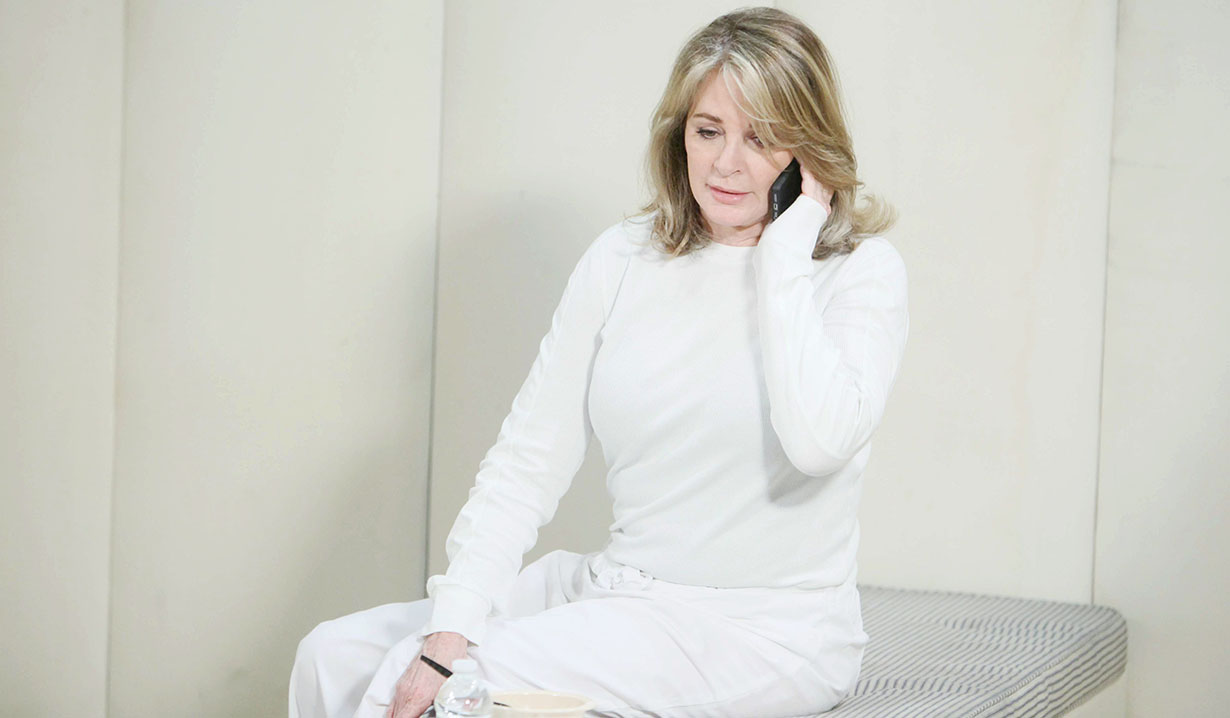 Chloe takes a drink away from Lucas at TBD and questions what the hell he’s doing. Lucas snatches it back, takes a gulp and says he was pushed – by Adrienne. He asks why she’s there. Dario offered her a job. Lucas tells her about being dumped and drinks some more. Chloe begs him to let her take him to a meeting but Lucas snaps and starts reminding her she cheated on him and he blames her for Brady getting into drugs to begin with. Chloe wants to call Maggie. Lucas shouts not to. Chloe will call Brady. Lucas laughs and says he was drinking with him too. Chloe’s surprised and Lucas tells her Nicole was cheating on him with Eric. Chloe’s mouth drops open. Chloe tells the bartender to stop serving Lucas. Lucas gets up to go to another bar and falls over. He thinks he tripped on a peanut. Chloe takes his keys and him out the door. As they leave, he shouts, “Adrienne!” ric walks by Adrienne’s room at Salem Inn and hears talking and laughing. He hears Hattie, who sounds like Marlena, and knocks, calling out to her. Hattie whispers to Bonnie that it’s Marlena’s son. They answer in their loud blouses that are stained with Cheetos crumbs and Eric’s surprised to see all the junk food. Hattie tries to explain that “Adrienne” had a bad day so they did a little impromptu therapy. Bonnie drums up some tears and tells Eric she and Lucas broke up. Eric questions “Marlena” about what’s going on with her and John. Hattie tells him that she’s happier without him. After some back and forth, Eric goes and the women breathe a sigh of relief. They end their little party and Hattie tells her to clean up the mess. Bonnie will leave it to the maid. Hattie’s not sure Adrienne would live in a pig style though. She leaves and runs into John. He asks why she called and she’s confused. She quickly realizes it had to have been Marlena and mumbles, “I must have had too much.” She says she was stressed. He notices all the orange stains on her shirt. He tastes it and shakes his head, knowing she hates Cheetos. Hattie asks him to stay away from the townhouse tomorrow morning while she gets her things. John is more confused than ever and knows she’s hiding something. In SPD jail cell, Sonny and Chad continue remembering what they did and saw the night of Deimos’ murder. They wonder if the person who took the amulet is the killer.

Marlena calls John from the psych ward with the cell phone she stole from the orderly. He picks up and she explains that Hattie’s back, has changed places with her and committed her to Bayview. “Are you there, Doc?” John asks, telling her she’s breaking up. The orderly returns, grabs his phone and disconnects it. He’s pissed. “Now, Hattie, you’re gonna find out what happens to bad girls.” He drugs her and puts her back into the straitjacket.

More: Why Alice Horton is still so beloved

Brady arrives at the Kiriakis mansion. Victor asks if he’s thought about finding someone to take the fall for Sonny yet. Brady isn’t interested but pulls out the amulet, claiming to have found it in the home of the real killer – Eric. Victor says Brady’s prints are all over it now. They can’t take it to the police. He asks why Brady was in Eric’s room and Brady admits his obsessive thoughts that Nic is screwing his brother. Vic can see Brady wants to set his brother up and yells at him for being drunk. Did Brady even think of his son while he was “banging back the booze?” Brady thinks he’s a good father. Vic agrees – when he’s sober. Vic threatens to kidnap him and throw him in rehab. He tells Brady to get in the shower and then get ready to go. Brady hands over the amulet and heads upstairs.

Eric arrives home to the Martin House and notices his door is open and the place ransacked. “What happened here?” He puzzles.

SPD come up against a wall in their case. 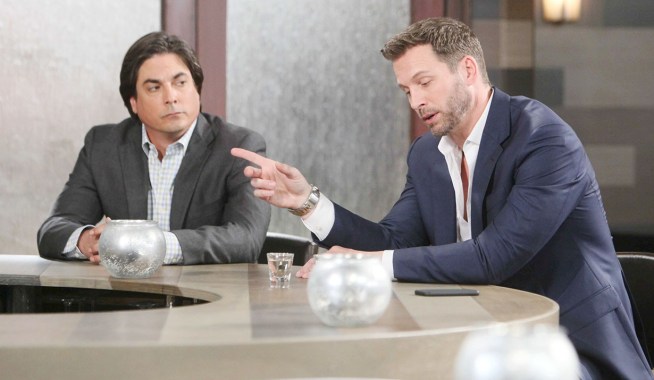 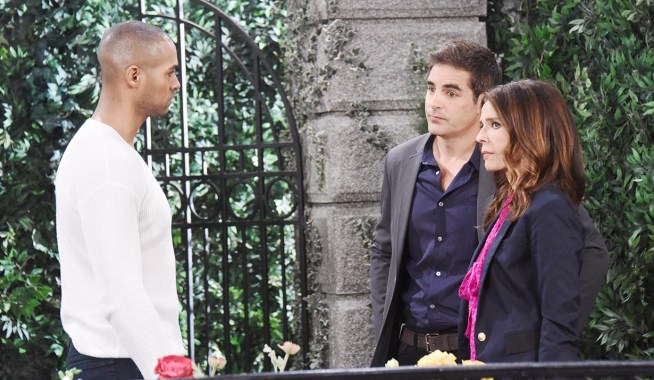