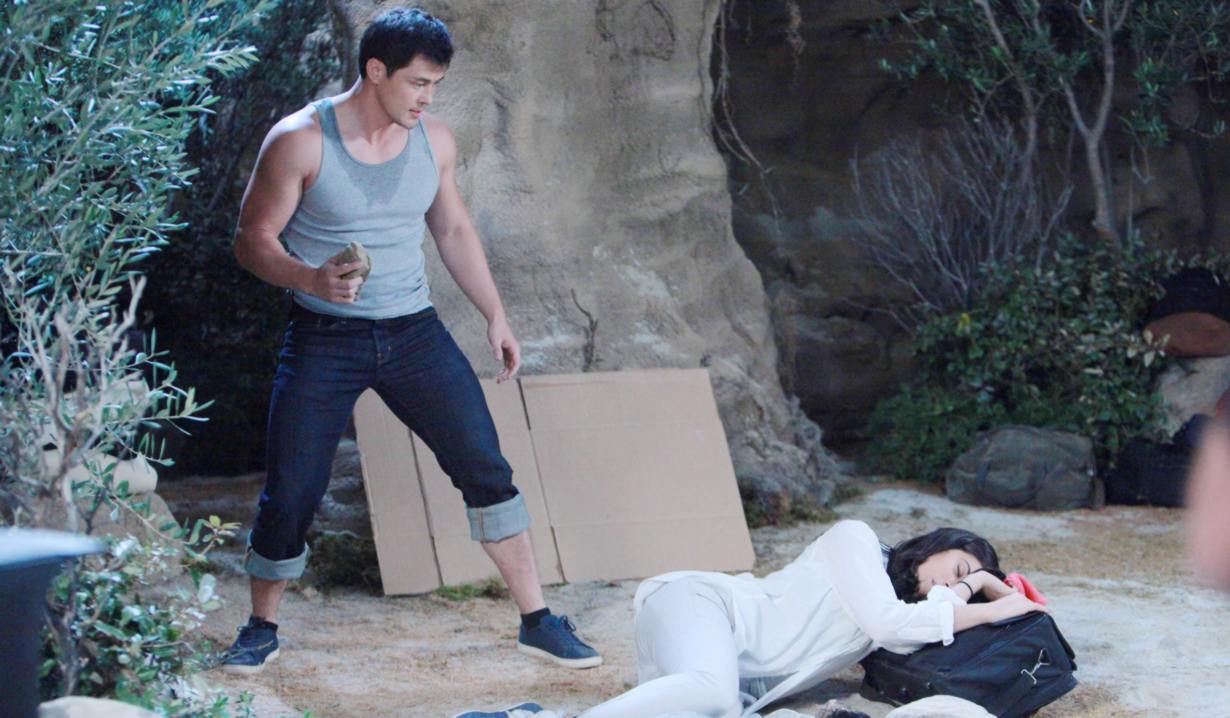 At the Brady Pub, John and Marlena celebrate Brady’s recovery and Eric being safe. They talk about how much they missed each other while he was on his ISA mission. John hopes they can revisit their wedding plans. Suddenly, the ISA phones. John gets angry during the call and disconnects. He informs Marlena he must leave within the hour. She demands to know if he’ll be coming back.

Abigail arrives at the station and embraces Hope as Rafe and Dario look on. Abby frets to Dario that she’s worried about JJ, Chad, and Gabi. He reassures her with an embrace. After, Hope questions Abigail about her closeness with Dario. She’s dumbstruck when Abigail reveals they’re getting married and claims to love him. Hope questions his business practices and her rush to remarry. They discuss Chad. Hope says he loves Abigail, but she retorts that he loves Gabi too, and she’s accepted it’s over between them. Hope presses her about how it will affect Thomas, but Abigail ends the talk. Hope gets a call and wonders how an IT guy gets the cash for a car like that. She vows to find out. In an office, Dario and Rafe bicker about who’s to blame for the plane going down. Talk turns to Dario’s predicament. Rafe thinks he should get his lawyer to make the deportation threat disappear, but Dario insists marrying Abigail is his best bet. Rafe calls John and informs him about the missing jet and that Paul was on it.

On the island, dusk is settling and Gabi worries to Chad about never getting home. She lightens up as they flirt. Nearby, Lani is also concerned. JJ leaves her to look for Eli. Elsewhere, Paul holds the knife and looks tormented. Sonny takes the knife and cleans the fish. After, they gather around the fire pit to eat. A shifty look crosses Paul’s face and he sneakily grabs the knife. JJ reappears. Eli is missing but he found the phone he was working on. Paul pockets the knife and they all go to search for Eli, leaving Gabi alone at the pit. As JJ, Chad, and Lani search, they hear a wild animal roar. Meanwhile, Paul creeps back to the fire pit, where Gabi contemplates, but decides against, getting rid of the amulet. He grabs a rock and knocks her out. When Chad returns, he finds blood on her head and yells for JJ and Lani. Sonny and Paul also appear. Gabi awakens as they deduce someone clocked her from behind. Suddenly Eli comes out of the darkness and aims his gun at Paul. “He tried to kill me!” Sonny dives at him, hollering, “Don’t shoot!” Paul runs. It comes out that Paul wasn’t with Sonny when Gabi was hit. Eli reports that Paul came at him with a knife. Lani recalls the diary entries and declares that Paul has Jungle Madness. Sonny confirms he saw a mosquito bite on Paul’s neck. Eli worries if they can’t contain him, he might just kill them all.

At the club, Hope sidles up to Myron the IT guy and chats him up about his incredible car. He brags about his skills, and when she wonders why Dario’s businesses would need his services, he asks if she’s investigating his boss. Hope replies, “Should I be?” She notes he’s nervous, and Myron takes off.

More: Spoilers for DOOL and all four soap operas

In the park, Abigail is thinking about being with Chad when Dario catches up with her. She’s worried about the people from the jet. Dario senses she’s concerned about losing Chad. Abigail acknowledges she still loves him. She reflects on asking Chad for a divorce and hates that he doesn’t understand why she left. Dario holds her as she cries, and then asks if she’s changed her mind about wanting a divorce.

At the Brady Pub, John and Marlena discuss the missing jet. Marlena assures him Paul will come back. John announces he’s not going back to the ISA; he must find his son. Marlena declares she’s going with him. They kiss. John plans to tell the ISA there is no mission more important than his family.

Hope returns to the station and tells Rafe she knows about Abigail’s plans to marry Dario. They agree it’s a terrible idea. Hope hugs Rafe, knowing he’s worried about Gabi.