Monday June 5, 2017: Kate makes a shocking proposal, Jennifer confronts Abigail, and word spreads about the fate of the Titan jet. 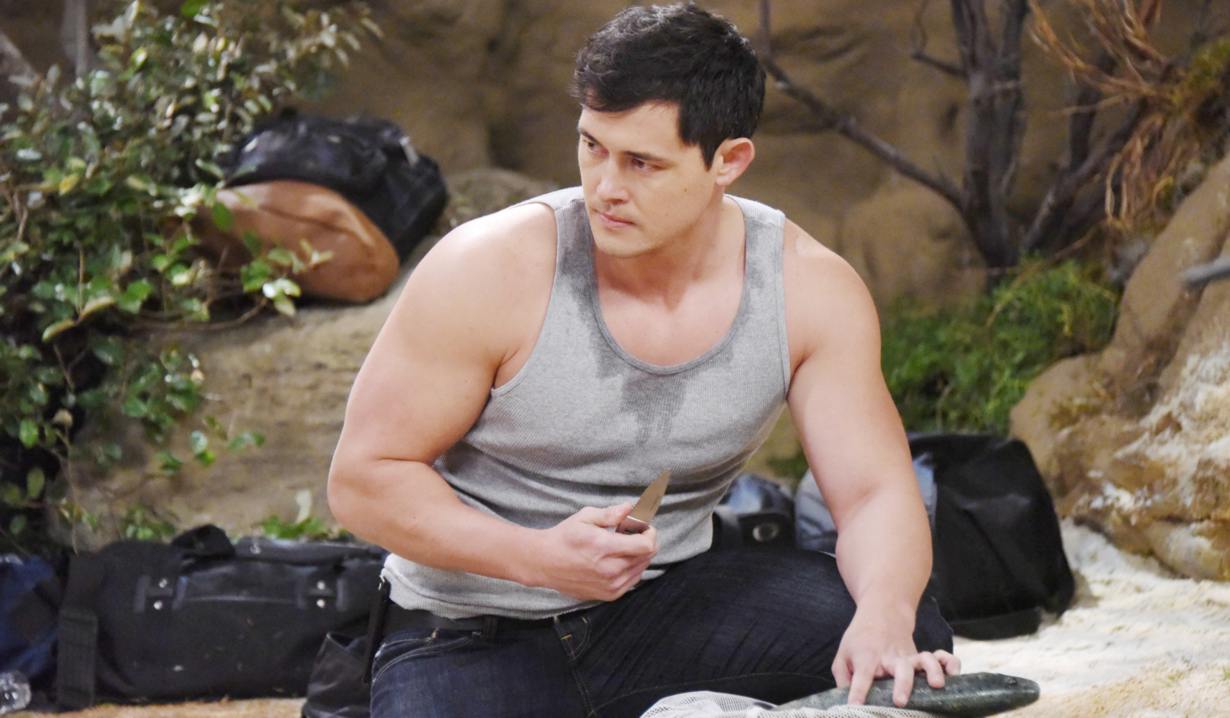 At the police station, Raines urges ‘hard-working’ Abigail to go home, but she wants to stay. He wonders if everything’s okay. She mentions the dangers Dario could face in Mexico and Raines offers to make some calls to get more information.

More: The Perfect Bride set to air Saturday on Hallmark

Andre finds Kate at the DiMera mansion and relays that Chad, and the Titan jet, have disappeared. He tells her what he knows. Kate panics about Thomas needing Chad, and Sonny and Gabi also going missing since Arianna will have no one. She rants this has Deimos’ fingerprints all over it and accuses Andre of wanting Chad out of the way. Andre shouts that he’s devastated right now and Kate apologizes. She breaks down and they embrace. Kate gets a call from Mr. Shin, gets angry, and tells Andre it’s more bad news as the board is writing Chad’s obituary. Andre feels he should be appointed in the interim, but Kate warns they find him mentally unstable. Offended, Andre whips out his phone and leaves Shin an irate message. Kate opines that she’ll have to throw her hat into the ring. Andre points out she’s not a DiMera and blusters that this could spell the end of his father’s company. Kate goes on about it being Thomas’ legacy and suddenly she has an idea. “Andre DiMera, will you marry me?” Andre chuckles and looks intrigued.

More: News for DOOL and the other three soaps

On the island, Sonny seeks Paul, while Chad and Gabi make out by a fire pit. JJ and Lani appear with the news they found a human skull. They have a diary that may contain clues. They read about a former inhabitant of the island who became violent like an animal after being bitten by a bug. A doctor diagnosed it as ‘Jungle Madness’. They all recall that Chad’s brother, Peter, had that. The diary ends with a murder. Gabi becomes urgent about getting off the island. She and Chad step aside and bicker about the cursed amulet. Meanwhile, Sonny runs up and relays that Paul has completely disappeared. Gabi shoots Chad a withering look. Before long, Paul staggers up. He claims he’s fine but seems dazed. Sonny holds his face and Chad teases they should go get a cardboard slab somewhere. They go off to see to the fish. Chad and Gabi talk about missing their kids. JJ watches as Chad comforts Gabi. Paul and Sonny return with the catch, and Paul acts irritable. JJ notices blood on his shirt. As the others chat by the firepit, Paul’s mind begins to warp and he pulls out a knife.

At home, Abigail thanks Dario for putting the crib together and lets him know she’s still feeling uncertain. He reassures her. Abigail reveals it will take six months for her divorce to be final. Dario doesn’t have that long – he’ll be deported, and then dead. As they discuss his hopes of expediting things, Jennifer arrives. Abigail and Jenn talk alone. Swearing her mother to secrecy, Abby reveals she’s agreed to marry Dario to keep him from being deported. Jenn huffs in disbelief that Abigail is considering this – it is not her responsibility. Abby argues that she owes Dario, but Jenn gets wound up explaining this could be years and years, and it’s illegal. Abigail feels she may not find love again after Chad anyway. They continue to debate about Chad, and how this will affect Thomas. Abigail has an answer for everything. Jennifer calls her naïve and thinks it’s ‘convenient’ that Dario claims his life’s in danger. Abigail gets a call from Raines, who confirms Dario is wanted by more than one cartel. She informs her mother Dario was telling the truth. Jenn still doesn’t support this, but will keep the secret. Dario returns with news of the missing plane. Abigail embraces her mother as she cries about JJ, and flashes to good times with Chad. She breathes out his name.

Eli goes missing on the island.