Days Recap: Hope’s sentencing has her family yelling at the judge

Wednesday November 16, 2016: Hope receives a shocking sentence, Mateo comes up with a plan, and Brady is hurt more than ever. 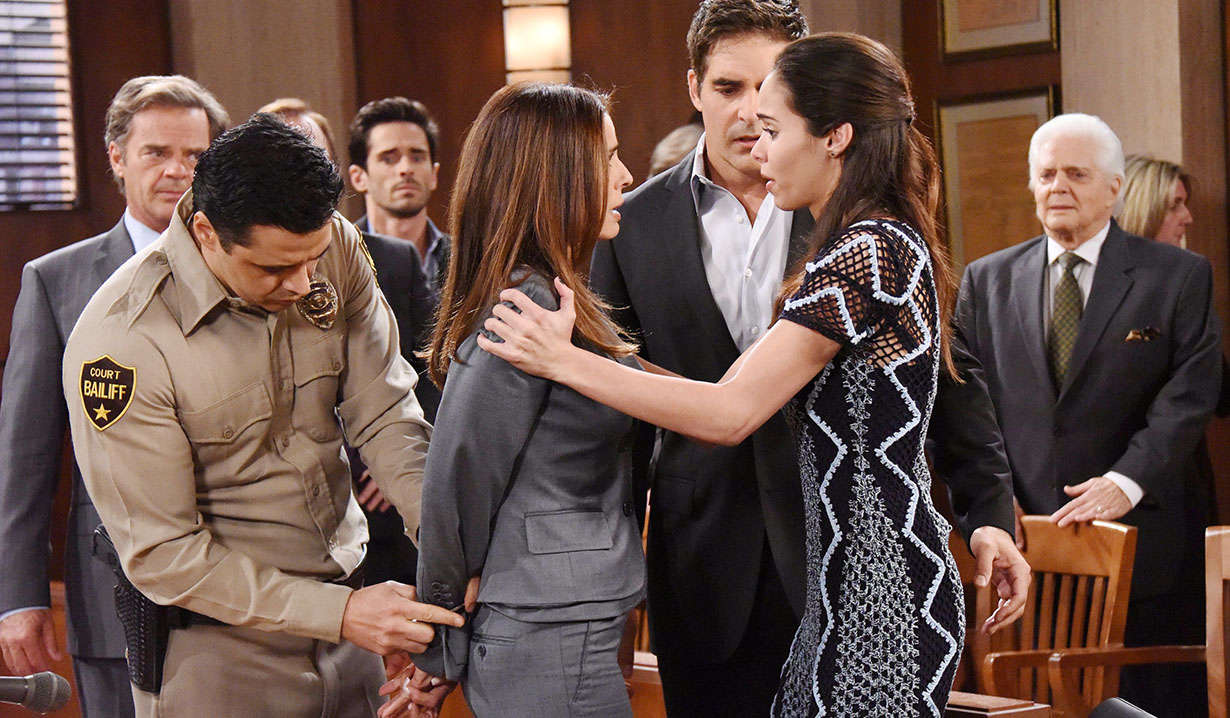 Shane hugs Theresa at the hospital, thankful she’s alive. She apologizes. When she thought she couldn’t save them she lost her way. Theresa’s surprised Victor is the one who found her overdosed. Shane’s worried Mateo will have gotten wind of the overdose and plans on having a guard on her. Theresa needs to speed things up now.

At the Kiriakis mansion, Brady yells at someone on a call that Theresa never misses Tate’s bedtime. Nicole interrupts and asks what’s going on. Brady fills her in. She thinks she and Theresa are similar. Whenever she gets too close she self-sabotages. Nic’s sure Theresa loves him. Maybe she doesn’t trust that love yet. Brady says it doesn’t fit. He tells Nic that Theresa told him she was stoned when she said her vows. Nicole is puzzled and doubtful but Brady wonders if he just didn’t see the truth. Nic holds Tate and bounces him while Brady reels. He calls Kim and leaves a message, asking her to return his call if she hears from Theresa. Nicole asks to take Tate to the park so Brady can search for Theresa.

News: 23 Days of our Lives stars interview at Day of Days

In court, Justin attempts to justify Hope murdering Stefano by citing a case of PTSD after years of captivity and abuse. Jennifer takes notes by hand for The Spectator. Justin presents Exhibit A, the case against Stefano DiMera. Trask objects. Fitzpatrick overrules and Justin says he has 13 witnesses attesting to when Stefano held Hope captive so long her family thought she was dead. Of course, all charges against Stefano disappeared. Trask again objects but Fitzpatrick will look the evidence over before ruling. He provides two psych evaluations that attest Hope pulled the trigger due to reacting to years of torture. He refuses to call it pre-mediated. Hope takes the stand and admits the details the day she shot Stefano are unclear. Whatever her fate holds, she is responsible and will carry it with her forever. She gets down and Andre and Chad are brought in. Andre takes the stand. He toys with Hope a while and then says she won’t make requests in terms of punishment. He has faith in the court that justice will be fair. Chad takes the stand next. He knows his father should have been tried many times but not this time. He’s not on trial and neither is Hope who has already confessed. He just wants her held accountable. He knows there was no love lost between his father and the citizens of Salem but Hope took his love for his family away from his kids and grandkids. Chad talks about how Hope took his father’s life when he was frail. He calls Hope family but he can’t watch her get away with this. He too trusts in the court’s decision. Trask has nothing to add and Fitzpatrick adjourns for deliberation. Family gathers around Hope with words of encouragement and she’s brought back to the interrogation room. Adrienne tells Justin that he was “brilliant” and Trask sniffs that there’s no way the judge will agree that Hope killed Stefano as an act of self-preservation. Andre comforts Chad and goes to take a call so Jennifer tells Chad that he’s always her family no matter what. She finds Andre outside. He has just finished making a call to Laura. Jenn tells him if Abby were alive she’d feel caught in the middle and wouldn’t want Chad to feel alone. Andre will take care of Chad. They head in and Fitzpatrick returns. Rafe goes to get Hope, and brings her to the court room. Fitzpatrick agrees pre-meditation was not involved. She won’t get the death penalty but gets the maximum sentence of 25 years in prison for second degree murder, with no possibility of parole. Chad looks pained and Hope’s family yells and screams at how unfair it is. Rafe goes to Hope and she begs him to take care of Ciara. Ciara refuses to let the bailiff take her but Hope promises she’s okay. They’ll get through this. When Hope’s taken away, Ciara runs off. Shawn and Justin and Roman and Rafe yell that they’ll fight this while everyone else sobs.

New: Where are they now? Find out what’s going on with past soap stars

In the park, Shane listens in on Theresa’s call to Mateo, explaining that she’s having a hard time making Brady hate her. Mateo has an idea that will turn Brady against her permanently.

Back at the mansion, Theresa receives a call from Guillermo on behalf of Mateo. They agree to meet at Salem Inn. Theresa leaves a message of where she’ll be and when Brady returns, he finds it and rushes there.

Brady arrives at Salem Inn and hears Theresa laughing. He pounds on the door and Guillermo opens it, half naked. He barges in and sees Theresa with coke, lying in a negligee. Guillermo makes moves on Theresa and asks Brady to join them, making Brady throw him up against the wall. 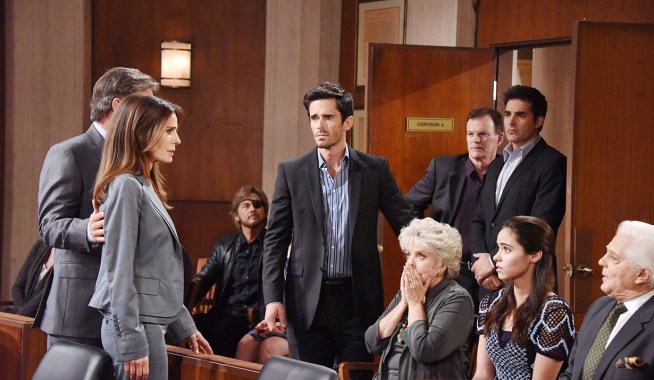 Days Recap: Abigail's reveal to a loved one causes a big reaction 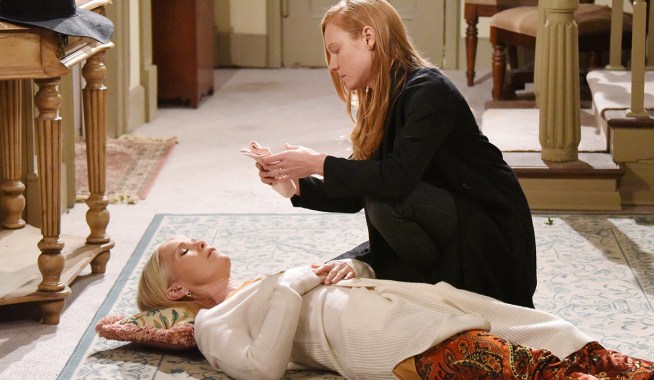