Days of our Lives recap for Tuesday August 2, 2016: New evidence in Tate's kidnapping comes up, Maggie wants Caroline's help in finding the kid, and Sonny meets with Paul to discuss the past and future. 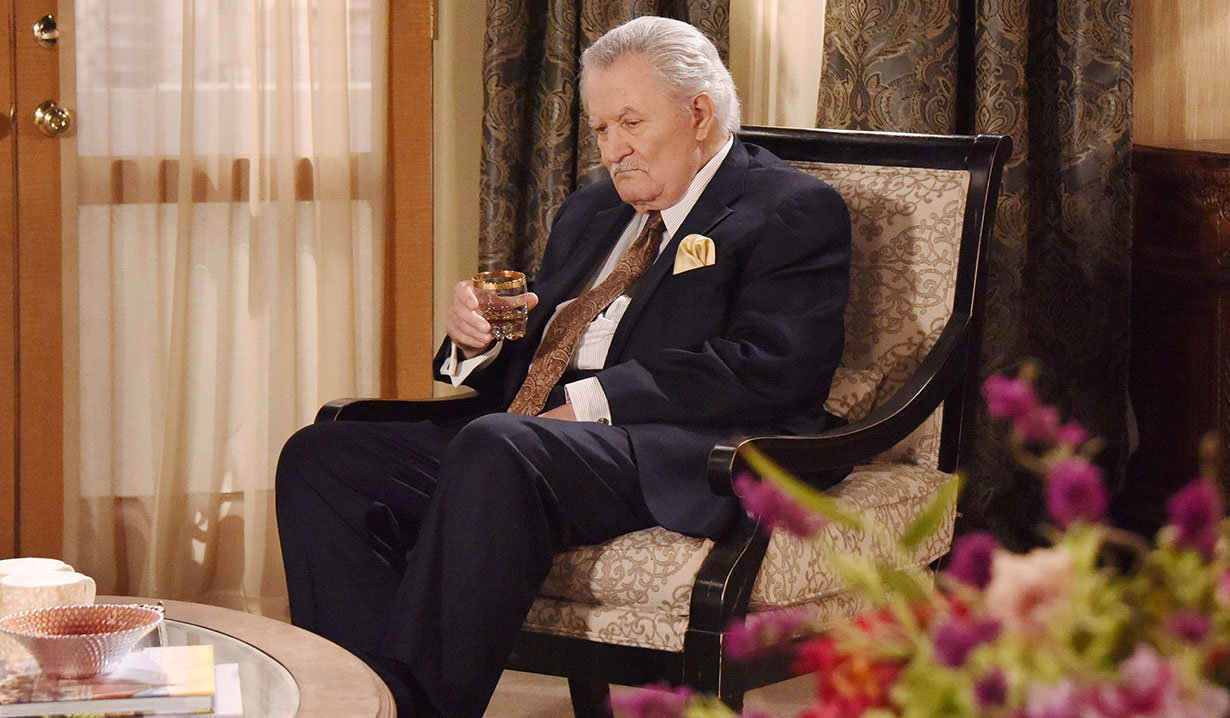 At TBD, Sonny and Paul discuss Will’s death and Sonny’s regrets that he died while they weren’t talking. Paul feels guilty for being in the middle of their troubles. Sonny explains his need to be disconnected from Salem all this time but he’s there to stay. He admits he didn’t have the best time in Paris. Salem’s his home. They discuss all the dating that neither of them has done since they last spoke. In fact, Sonny isn’t sure he’ll ever be ready for a relationship. Sonny talks about focusing on his family and he’ll do “anything, anything to protect my Uncle Vic.” Paul gets a text from work and takes off.

At the townhouse, Victor fills his wife in on his conclusion that Summer really was the kidnapper, based on finding the toy in Summer’s room. Maggie is beside herself. She thinks they should ask Caroline to see if she can use her visions. Victor shrugs. Caroline hasn’t had any for months.

At the Brady’s pub, Theresa hugs Caroline and thanks her for staying positive during such a devastating time while they search for Tate.

Brady and John go back to Salem Inn and talk to a day manager. They tell him they know a woman named Claire Schumann was staying there. The man describes a brunette with long hair and she had a baby with her.

In Adriana’s kitchen, Marlena visits Gabi and Ari and learns that Sonny’s back. Gabi’s glad that one of her daddies will be able to spend time with her. Marlena reveals that she and John are getting married again, after they find Tate. She wants Ari as her flower girl. Gabi hugs her and agrees to it. Marlena goes and Sonny arrives. He holds Ari as Gabi says she’s been dating JJ, Sonny’s cousin. Sonny’s a little weirded out but happy for them. Gabi relays her concerns that JJ’s obsessed with finding his sister. She doesn’t get why Abigail would take off like this. Talk turns to Sonny’s fresh start and Paul’s name is brought up. Put on the spot, Sonny smiles and says Gabi’s been watching too much TCM. As Sonny reads to Ari, he is flooded with memories of Will.

Caroline and Theresa arrive at Victor and Maggie’s townhouse and Caroline’s asked to use her visions to find Tate. Theresa hands over Tater-Tot’s pacifier and Caroline holds it. Maggie suggests they go back to the last places Tate was seen, while Victor looks grim.

Caroline, Victor, Maggie, Brady and Theresa arrive at the park and Caroline attempts to visualize Tate but nothing happens so they head to Salem Inn to the room Tate was kept in. As they’re about to leave, Caroline feels light-headed and holds the phone in the room. She sees Victor making a call. She lies that she saw nothing.

Paul returns to Black Patch and John says there’s a huge lead on Tate’s kidnapping. He has to leave town and Paul’s in charge. Paul’s shocked and pleased. John goes next door where Caroline and the others are preparing to leave. He tells them he compiled a list of single women who left Salem with a baby and found ‘Lauren Cartright’ left on a flight to Italy with a baby. They need to go. On the way, Paul tells his dad that Sonny’s back but neither is looking for a relationship. Everyone files out of the room except Caroline and Victor. Caroline confronts Victor about her vision which she knows happened in the past. He denies having knowledge of the abduction. Caroline knows he is lying. Vic yells, “You should take your hocus pocus suspicions and keep them to yourself.” Brady returns and asks what’s going on. They cover.

John finds Marlena at Mandalay. He gives her flowers so she sighs and asks where he’s going this time. She inhales them. They’re beautiful. He tells her about the solid lead on Tate and Marlena begs him to be safe.

Victor and Maggie arrive home and rehash the day. Victor flashes to that call that Caroline saw him making. The caller says, “It’s done,” and he replies, “Make sure nothing goes wrong. Do you understand?”

Theresa arrives at Black Patch with her bag packed. She and Brady reminisce about Kristen kidnapping Tate before he was even born. He needs that courage she had during that time and calls them a team. They hug. Caroline appears and there are hugs all around as they leave.

Dario looks to himself in his struggles to find forgiveness.

Hope is furious with Jenn over...

After Gabi's attacked in the park,...