Days Recap: Jack appears to Jennifer who tries to deal with her addiction

Summary for Tuesday May 24, 2016: Jennifer attempts to gain control of her addiction to pain pills with Lucas, Doug and Julie's help and the memory of Jack. 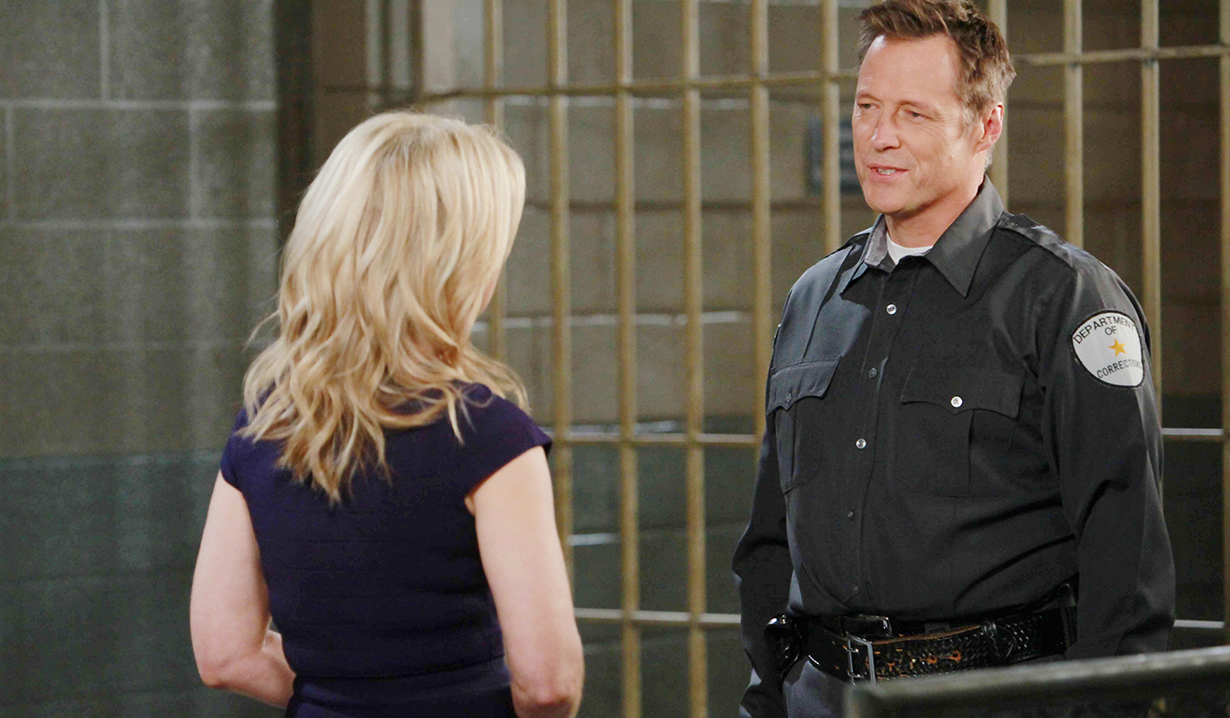 Jennifer wanders the Horton house in obvious pain in her nightclothes. She grabs her purse and starts to cry as she heads outside. Lucas is there. She cries to him that she needs help. He’s there for her. She hugs him. “I’m so glad you came,” she sobs, grateful he never gave up on her. They head inside. He notices she’s broken some items. She says it happened while looking for her stash. She flashes back. Lucas gets it. Jenn thought she had a handle on things but when Abigail refused to see family, she realized her daughter is slipping away. Jenn moves to take a seat and has a back spasm. She tells Lucas about Chad considering her a danger to her grandson. She cries as she explains that she tossed her pills down the toilet afterward, even though bad for the environment, because if she put them in the garbage, she’d have gone searching for them. She’s clean right now. She flashes to ripping apart the living room trying to find her stash and pulling her hair out. That’s when she recalls calling Lucas for help. Lucas encourages her, knowing the first step was the hardest. Jenn argues that she’s still in pain and wonders if she just needs to be better at controlling how much medication she takes. Lucas says they need to ask Maggie for help, knowing Maggie’s on medication to manage her pain. They can attend an AA meeting at 6:00 AM. It’s only four hours away. Lucas promises he’ll help her through the night. Jenn crashes on the sofa while Lucas watches over her. Jennifer dreams that she has woken up on the sofa to Abigail yelling at her for napping while she should be looking after Thomas, who was wandering the driveway. Her dream changes and she’s at the jail where JJ’s incarcerated for drugs. The guard grabs Jenn, telling her it’s time to go. When she turns away, JJ disappears and when she looks at the guard, it’s Jack! Meanwhile, Lucas calls somebody, asking them to come over. He feels the more people there when Jenn wakes up, the better. Back in Jennifer’s dream, Jack asks when the last time she laughed, played truth or dare…”Have you forgotten?” She flashes to Jack holding a makeshift engagement ring and then placing the ring on her finger. She flashes to them being stuck in a storm, with Jenn professing her love for Jack. Jenn says that girl died when Jack died, “And you took her with you.” Jack argues that he did come back – for good. Jenn cries that he was gone, months later. Jack says she deserved years. “So did you,” she agrees. She talks about living in her parents’ house, and the expectations that go with it. Their kids are grown and gone and Jack’s gone. “I feel like I’m gone.” She’s alone. Jack says everyone is. She grabs for some pills on the table and he stops her. She asks why he’s there. He remembers when they met and knows she’s inside. He gets her laughing with talk of this being her time to find herself again. She thinks it sounds tiring and opens the pill bottle. Jack tells her they’ll just wear her out. She takes a pill and then wakes up with a start.

Doug and Julie are there and comfort her while she sobs. She’s embarrassed. They’ve three more hours until the AA meeting. Julie pulls Lucas and Doug aside. Doug says they’re moving back in there until Jenn’s on solid ground. Jenn wants to go up to bed for a while. Julie takes her up and tucks her in. When Julie goes downstairs, Jenn gets out of bed. She can’t do this! She drops her phone and upon retrieving it, finds a pill bottle. Julie catches her. “Jennifer Rose!” Jenn gasps. She just needs one. Julie demands the pills. She needs to tough this part out. Jenn turns away, denying it. Julie grabs Jenn’s arm and Jenn spins around and slaps Julie across the face, immediately contrite. She apologizes and Julie hugs her close. Later, Julie has fallen asleep. Jenn’s out of bed. She rushes downstairs where Doug is helping Jenn into her coat. They profess their love for Jennifer and share a group hug.

As Brady and Maggie take a seat at the hospital AA meeting, Jenn arrives with Lucas. She’s grateful he asked Brady and Maggie to come and appears apprehensive, not knowing how this works. Maggie sits at the podium and says the Serenity Prayer, and then Lucas gets up. He talks about being grateful that he no longer dreads each day. When asked if there’s anyone else who wants to speak, Jenn gets up and introduces herself, saying this is her first meeting, but not her last. From the window, Jack watches, smiling. She tells the room, “I am an addict.”

John joins in Steve’s search for his son.

Shawn’s torn between his past and present. 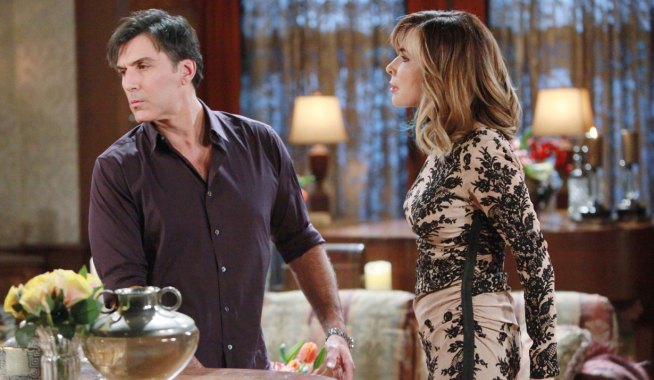 Days Recap: Kate catches Deimos with Nicole and slaps him 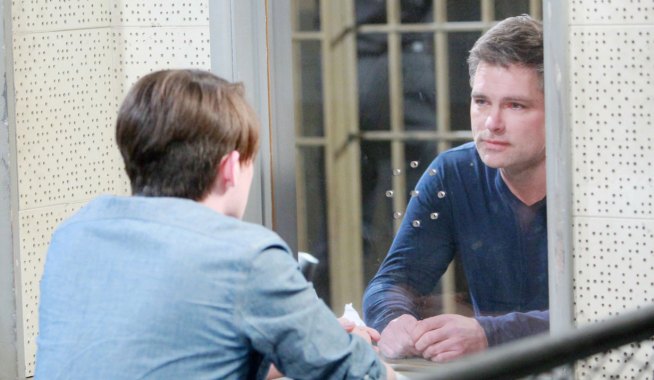