Summary for Wednesday March 2, 2016:  Caroline closes the pub and entertains special guests who were all touched by Stefano DiMera's grievous schemes in various ways. Everyone says goodbye - and good riddance. 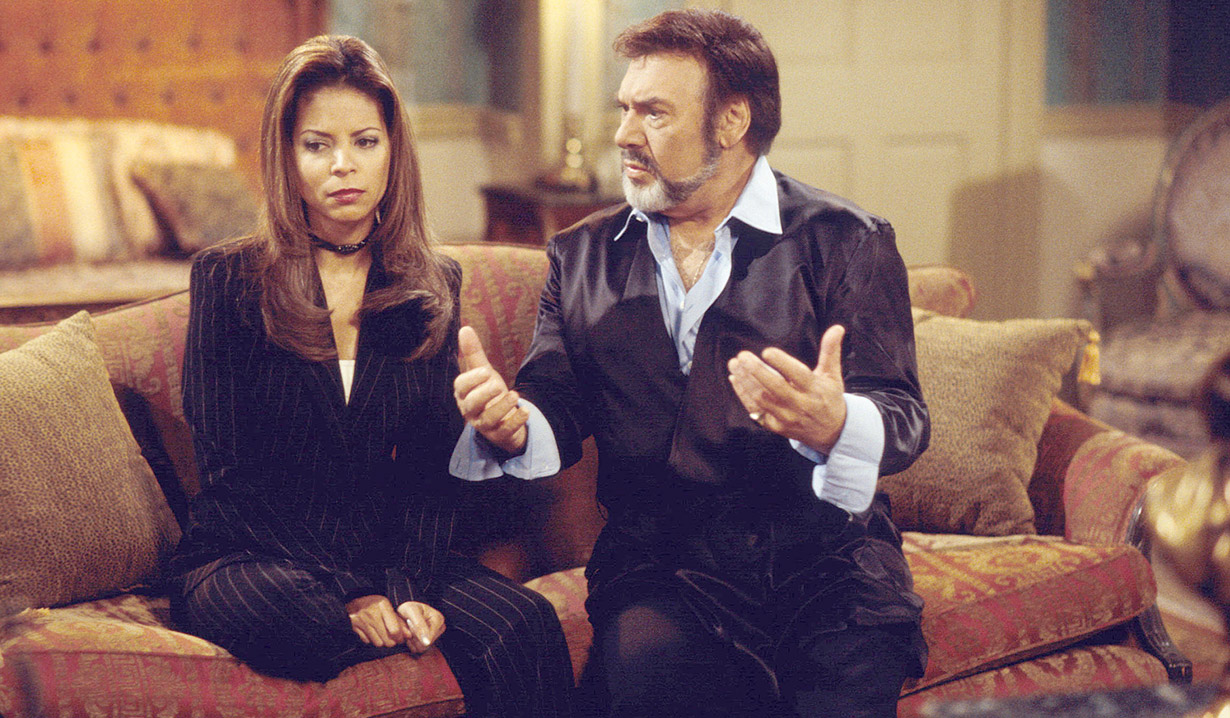 It’s a dark and stormy night…Caroline closes the Brady’s pub for a private party. Roman and Abe, Marlena and John, Kate, and Victor all come in from the rain for this special occasion. Caroline shows them 40-year-old Brannigan Irish Whiskey that Shawn Sr. was saving. Caroline thinks this is a special enough occasion to break it open. Hope arrives, much to Roman and Caroline’s surprise. She changed her mind. She needed to be there. They take seats and Caroline says they’re celebrating an end of an era. Caroline says, “For 34 years, this town has endured unspeakable horrors…” Stefano’s reign of terror has come to an end. They drink to his death. Hope and Roman share a look. Kate never would have considered Andre had it in him. Victor says they all would have been justified. Roman says back in 1982 they were naive when he came to town. Caroline intervenes and says none of them could have known about the Brady vs DiMera vendetta. They reminisce over DiMera’s misdeeds. Roman says Stefano was always one step ahead. They flashback to the invisible gas leak into the hospital and Stefano demanding that Marlena be arrested for injecting him with the deadly toxins that paralysed him. Roman’s convinced that the only way to defeat Stefano was to go beyond the law. He looks pointedly at Hope and they continue to drink up. Abe can’t help feeling for his son. Stefano treated Theo well but he’s sure Stefano would have eventually disappointed Theo. John says or…Stefano would have taken him under his wing. Abe says for Stefano, love meant control. He flashes to Stefano’s hold over Lexi, years ago. Even in the face of his cruelty, Lexi still loved him. They go around the table saying the names of Stefano’s kids and hope Chad has moved beyond his father’s shadow. Victor almost feels sorry for Stefano. Kate thinks if that’s the case, he ought to lay off the Brannigans. Everyone laughs and Victor says, “I said almost!” Vic asks if Kate is saddened by her dearly departed ex-husband. Kate tried to squeeze out a few tears and admits her gratitude that Stefano helped her when she was in need, Victor interjects and reminds Kate Stefano turned her into a high priced hooker. Everyone ‘aws’ and Kate says it’s still humiliating but she’s grateful. Marlena and Victor think her gratitude is misplaced. Kate confides that Stefano could be charming, funny, loving…she flashes to their marriage. Everyone’s quiet. Kate sarcastically says she can see their hearts were warmed. They chuckle. Though she was blackmailed into marrying Stefano, Victor can see she enjoyed their marriage. Kate admits he understood her in a way nobody else has. Their downfall was Stefano’s jealousy. Later, Marlena giggles and admits her head is spinning. So is John, mostly because he’s picturing Stefano being dragged through the fiery gates. Hope listens as Caroline and Victor discuss the possibility that Deimos, along with Malcolm, was involved in Bo’s torture. Victor tells them all Stefano died owing him a favor. Abe assumes it’s got to do with Stefano’s tax evasion stay. Kate’s pissed, realizing he screwed her over. Victor tells her to relax and admits he’ll miss going up against such a formidable opponent. Kate scoffs and recalls when Stefano decided their son was responsible for Tony’s death. They flashback and Victor changes his tune. “May he roast in hell.” Kate asks if Marlena thinks it’s strange she won’t be kidnapped anymore. Marlena laughs. She’ll have to adjust. Kate asks why she was so special to Stefano. “Besides my beauty, my rapier wit and…” They laugh and Marlena says she never understood his obsession. After he kidnapped the twins, Stefano told her he thought of her as his equal. His feelings weren’t genuine. He just wanted to win the challenge. She flashes to the 80s when she tried seducing Stefano but stopping half-way through, stating the price was too high. She almost tells everyone she thinks Sami was justified in stealing his money but instead says, “justified in taking her children out of Salem.” Kate suspects she was about to say something else. John brings up being haunted by his own past and tells everyone about knowing who his parents were. He fills them in a little and remembers going to Stefano to make him pay for all he has done. Victor finds it ironic that John was made to be Stefano’s pawn but was actually his most formidable opponent. John is glad he ended up with the love of his life, while Stefano died alone. Caroline asks if Hope’s got anything to say. Hope flashes to murdering Stefano but has nothing. John’s tipsy and asks them to drink to being stronger because of Stefano. “Checkmate, DiMera.” They drink to that. The storm has passed so everyone files out. Caroline hugs Hope who sees Stefano’s spirit, laughing by the door. Caroline tells Shawn she found the right occasion for drinking his prized whiskey. She thinks he’d have approved. She turns out the lights and heads to bed and there’s a flashback to Stefano conducting music.

Steve tries to find a way to get out of going to prison.