Summary for Tuesday March 1, 2016: Chad receives a visit from Stefano, Eric confronts Jennifer about their kiss, and Joey makes a confession... 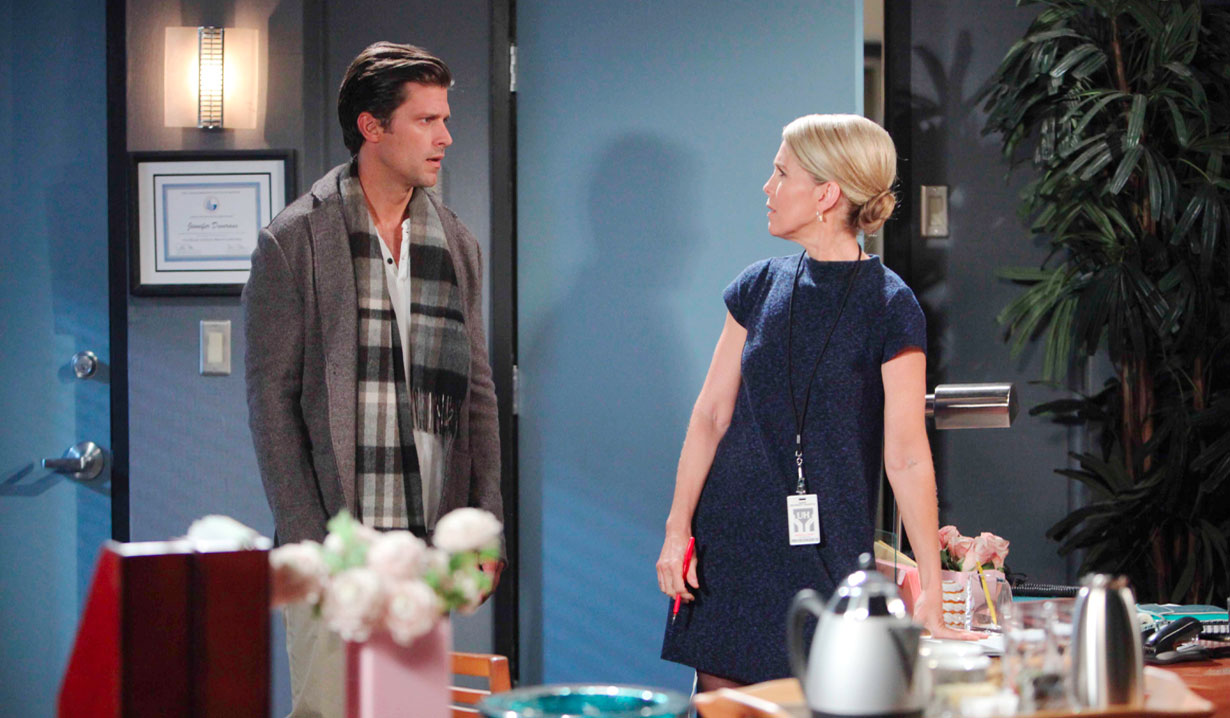 At the DiMera mansion, Chad wonders how many times Stefano was presumed dead and returned only to terrorize everyone. Chad feels cheated. He looks up and an apparition of Stefano says, “I’m here. Take your shots. I will listen.” He sips Grappa. Chad calls him one of the scariest SOBs he’s ever met and their family is almost as scary yet exciting. If it hadn’t been for EJ’s kids, he may not have come around. Chad misses them and Lexi, who was the best of them. Stefano calls him a good boy. Chad breaks down, saying he always wanted to make his father proud, though he knew he didn’t cut it. He says Andre and Harold say he changed near the end. He asks why. Stefano asks why it matters and Chad says it’s because he doesn’t know who to be. Stefano says he thought of life as a game and now he’s paying and wouldn’t wish this upon him. He wants his son to learn to be the man he wants to be. The man and apparition embrace. In the morning, Chad awakens to Abigail. He tells her about the visit from his father. It was a dream. He calls it crazy but she’s been there with her own dad. Chad feels free now.

At the hospital, Jenn receives Eric as a visitor. He wants to discuss their kiss. Jenn snorts, as if she doesn’t recall. Eric says she was high. They argued and then before their kiss she admitted to being addicted to pills. Jenn laughs. She doesn’t recall any of it. He thinks she blacked out. She deflects. He asks her to go to an AA meeting tomorrow. She nods but doesn’t look convinced.

At SPD, Steve’s brought into interrogation. Roman tells Steve about arresting Andre for the murder of Stefano. Steve’s surprised. Roman asks what really happened at the hospital. Steve maintains his story but Roman says there’s blood on her pillow that doesn’t match his or Ava’s. Steve says he smothered Ava and then Joe came in afterward. He had a cut on his hand. He must have taken the pillow away from him and transferred the blood. He begs Roman to leave Joe out of this.

At home, Joey sees Ava has come to him. He screams. It’s only Kayla. Joey blurts that he can’t let his dad go to prison for murder. Kayla is sure that Belle will build a strong case for Steve. Kay notices his hand is cut. He admits he broke it on a bottle at the party. His bandage fell off. He confesses he’s the one who murdered Ava. He tells her he was drunk and couldn’t stop thinking about what Ava did to his mom. Kayla orders him to never talk about it again. His dad has a plan that they need to trust. She hugs him, in a panic. Later, she sleeps. Roman arrives, waking her up. He alludes to knowing there’s a piece of the puzzle missing concerning Steve’s case. She knows only that the world will be a better place without her. Roman goes.

At the townhouse, John and Marlena tell Belle that Ava won’t be missed. John goes down to SPD and Belle tells her mother that she should be prepared for Eric going to prison for a long sentence – 14 years. Marlena is shaken.

Chad and Jenn meet at Alice’s. They make wedding plans and when Jenn arrives home she ignores Eric’s text, asking when she’s going to arrive at the AA meeting. Chad and Abby tell her they’re marrying at the DiMera mansion next Friday. Jenn asks what the rush is. She agrees to help but is distracted. Chad goes to take care of his list and Jenn tries to act happy. When Abby goes, she downs a pain pill.

Back at SPD, Belle takes Steve into a private room while Roman tells John Steve’s case is open and shut. Later, Belle returns. They’re pleading not guilty. It was self-defense. Roman’s puzzled.

Back at the hospital, Marlena meets Eric. She can see he’s upset and assumes it’s because he’ll spend 14 years in prison. That’s not it. He’s worried about a friend who is supposed to meet him for an AA meeting. In confidence, he tells her about Jenn’s addiction. He blames himself though Marlena asks him not to. Lucas isn’t in town and Eric worries the kids are clueless. Eric needs her to look after Jenn while he’s away.

Eric arrives at Jenn’s. She can’t make the meeting and apologizes, stating she needs to prepare for Abigail’s wedding. She walks out on him…

Chad and Abigail arrive at the mansion. Chad jokes about the huge vein in Jenn’s neck that popped out when they told her their news. Abby’s sure Jenn will be fine and runs off, leaving Chad to stare at Stefano’s portrait. JJ arrives looking for Abby. He says Ben Weston escaped!

Salemites reminisce about Stefano’s machinations over the years. 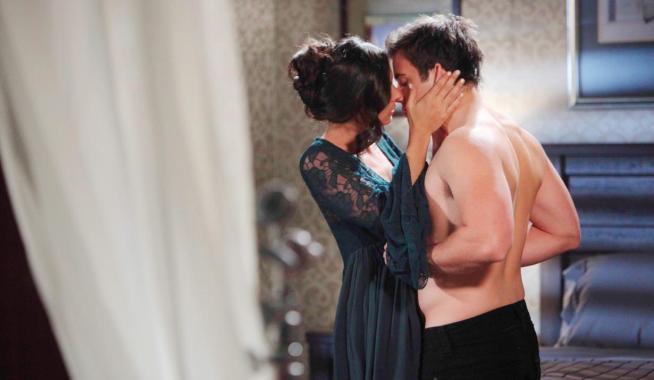 Days Recap: Gabi rents a room for her and JJ, and Summer agrees to Brady’s request 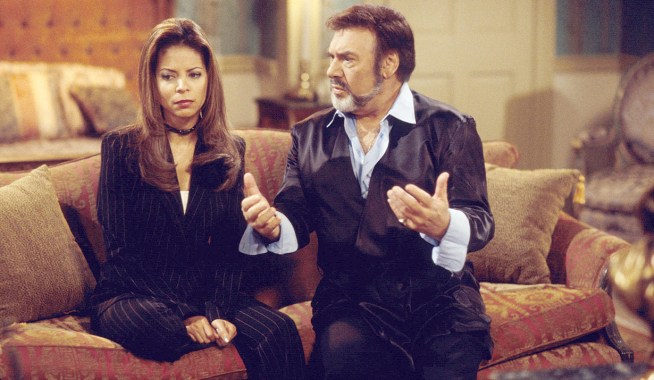