Days Recap: Gabi rents a room for her and JJ, and Summer agrees to Brady’s request

Summary for Monday February 29, 2016: Nicole catches up with Dario, Rafe receives an unexpected call, and Roman updates Lani on the DiMera case. 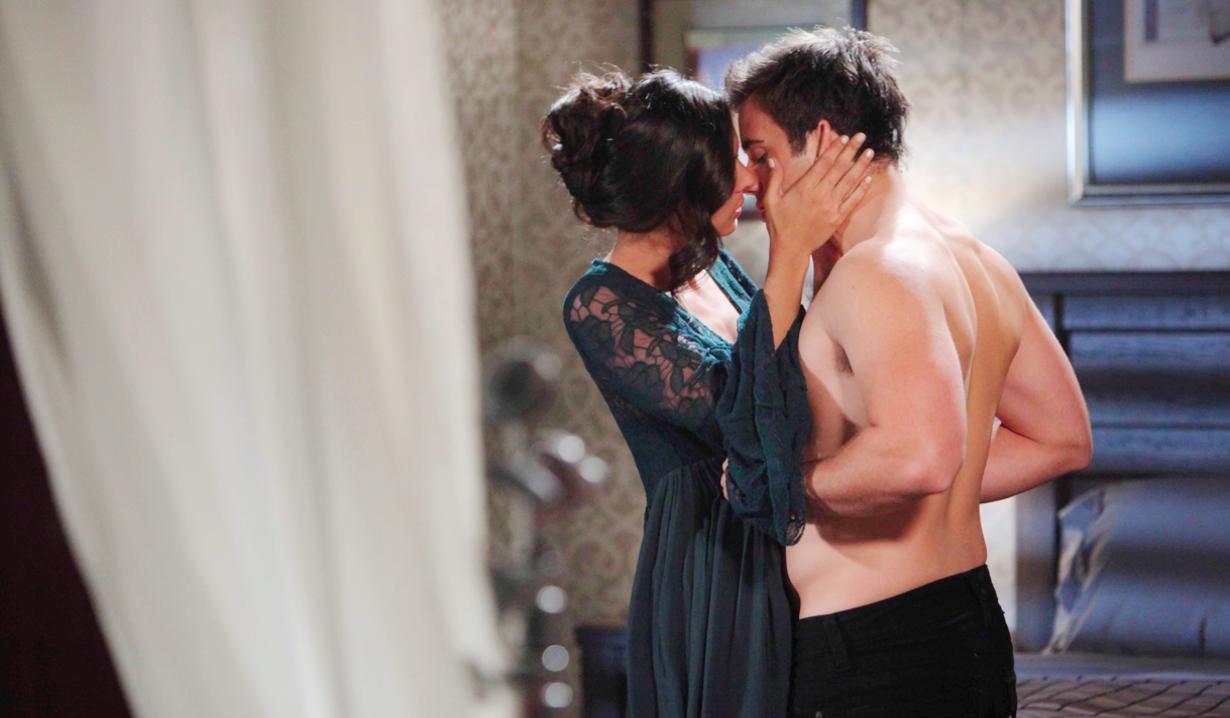 At Brady’s room, Summer tells him she couldn’t sleep. She rants about his dreams, Daniel, and the woman that could be her mom. He understands that tonight must have been very bad, and very weird, for her. She admits she went into the ocean on purpose. “I’m just so damn lonely.” Her whole life she’s been drowning. Summer asks about Maggie. Brady says she’s his sponsor, and she is strong, but he doesn’t know how she’ll cope with losing Daniel. Summer worries about whether Maggie’s her mother. Brady vows not to let her down. Summer snaps at him. Brady asks Summer to come to Salem. She agrees, and is impressed to hear they’ll take a private jet. Summer assures him she won’t kill herself tonight, hugs him, and leaves. Theresa appears. She hopes Brady knows what he’s doing. Theresa’s concerned about Brady taking on this ‘project’. Brady just wants to help her find out if Maggie is her birth mother. Theresa asks if he found his sobriety chip but he hasn’t. Theresa and Brady find out Tate stood up in his crib and look forward to getting home. Brady reassures her everything will be fine.

Nicole chats with Dario at the bar. She tells him she’s a wine girl these days, and he muses a lot’s changed since the Cheatin’ Heart days. She says, “You don’t know the half of it.” She shows him a photo of Gabi modeling, and says it was Kate’s idea to hire her. She talks about going into business with Katie and Theresa, about Theresa and Brady’s relationship, and mentions her new company named after Daniel Jonas. Nicole tears up explaining that they were engaged and he died. They talk about Melanie, and Dario says he’s truly sorry for her loss. Nicole asks if he knows what Summer meant to Daniel. He explains that Summer called Daniel a friend who protected her from herself and was patient with her mood swings. Nicole asks if it was romantic. Dario says she only referred to him as her best friend. They talk about Dario, who chucked business to tend bar. Dario isn’t interested in the corporate world. Nicole tells him if he returns to Salem, the next round’s on her.

Nicole joins Theresa and Brady in their room. Brady tells her she can fly back to Salem with them and Summer will be coming. They discuss the possibility that Summer is Maggie’s daughter. Nicole wonders if Summer is Daniel’s last gift to his mother.

At the park, Hope tells Rafe that Deimos and Dr. Malcolm were in cahoots. She worries she avenged Bo’s death by killing the wrong man. Rafe still likes Stefano for Bo’s kidnapping regardless of what Victor told her. Hope says she got a call from someone who told her she killed the wrong man. Rafe insists she lay low; even if she’s right, she can’t do anything about it – she can’t go after Deimos Kiriakis. Hope assures him she won’t go rogue, but says if Stefano wasn’t behind Bo’s kidnapping, she won’t sleep another night. Rafe gets paged to the station by Roman. He reassures Hope – she saved a lot of lives by getting rid of Stefano.

At the station, Roman asks Rafe what he knows about Hope with regard to Stefano’s death, and warns he’s already lost his badge once. Rafe reaffirms that Andre’s guilty. Later, Roman tells Lani the DiMera case is closed.

At the Horton residence, Rafe agrees to eat with Hope. He gets a surprise call from Dario, who wants to know how his siblings are doing. After, Rafe tells Hope he’s not sure if Dario will visit or not, and he isn’t sure how he feels about their father. After they eat, they agree to have no regrets.

At the nightclub, Gabi talks to JJ about the time he protected her in the park. He asks her to slow dance and they kiss. Later, outside, Gabi tells JJ the babysitter can stay with Arianna overnight, so she booked them a room. They kiss.

In a room at the Salem Inn, Gabi and JJ make love.