Summary for Monday January 11 2016: Rafe pronounces Stefano dead and offers to help get rid of his body, Nicole has it out with Eric, and Chad proposes... 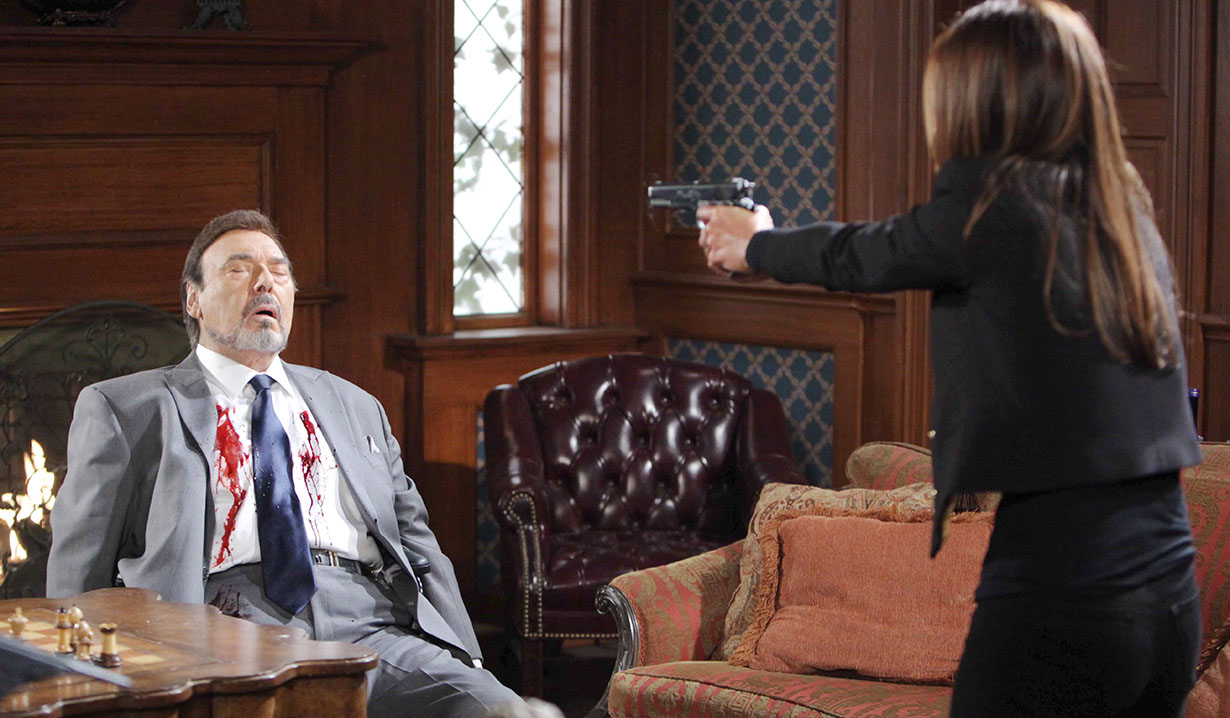 At the Horton house, Chad tells Abigail that last night was one of the best nights of his life. He’s so in love with her and their son. They kiss. JJ and Jennifer interject. “What the hell?” JJ yells at Chad, who promises he’ll never hurt Abigail again. Jennifer cries. She has had a rough day. She runs upstairs and JJ follows. Chad asks Abs to meet him at the square with the baby in a half hour. He goes and JJ returns. Abby fills him in on Chad being the baby daddy. JJ urges her to take things slowly. He leaves and Jenn returns, obviously stiff and sore. They discuss Daniel’s death and hope Eric can pull through this and find peace.

At the hospital, Victor thanks Fynn for saving Brady’s life and offers anything in return. Fynn says the pediatrics unit needs updating and more space so Victor says he’ll pay for the whole thing. His one condition is that the new unit will be named after Daniel. Fynn’s touched. Victor knows this is difficult for him. They were friends. In Eric’s room, Kayla lets Roman, John and Marlena know that Eric’s treatment’s working. There are hugs all around. Marlena goes to the chapel to pray. John follows and holds her. Roman goes to Kayla, concerned she hasn’t rested since the accident. He wants her to take time to deal with her loss. She breaks down in her brother’s arms.

At Daniel and Nicole’s pad, Chloe tells Nicole he doesn’t think Parker fully understands he’ll never see his dad again. Nicole identifies. Chloe says they need to plan the service and Nicole has a meltdown, trying to find a Thai menu that Daniel used to like. She rips it up and sobs, pushing Chloe away. She runs off.

Stefano laughs at Hope at the mansion, as she points a gun at him. He doesn’t think she has the guts and taunts her about Bo. She lowers her gun and then he calls her predictable to the very end. He calls her a coward like Bo, and Hope snaps. She shoots Stefano on the right side of his chest. He laughs, in shock, and she pulls the trigger again, chess pieces fall as he falls to a chair and closes his eyes. She yells that he will never hurt her family again, and shoots him once more. Rafe busts in with a gun. “Oh my God, what have you done?” He picks her up. She’s in shock. He feels for a pulse but Stefano’s dead. “Did I do this?” Hope asks. She recalls driving over and memorizing the security code, then making her way into this room. She goes into detail about her accusations, Stefano’s reaction, and says she saw light. “I killed him,” she says. She worries the DiMeras will kill her. Rafe says he’ll help her. They’re going nowhere until “that” disappears. Rafe tells Hope they’ll make it look like Stefano has disappeared and nobody will ever know. Hope cries, wondering what has happened to her. Rafe calls her a woman pushed too far.

Back at the hospital, Eric dreams about his actions, drinking, then driving and falling asleep at the wheel. He awakes, startled. Nicole stands over him, sobbing. “You killed him. You killed my Daniel.” Eric’s sorry. They agree that won’t bring him back. Nicole launches into a tirade that Marlena interrupts. Nicole takes off. Marlena follows. She knows Nicole is in pain but reminding Eric of what he did isn’t helping. She asks Nicole to help those who Daniel left behind. Nicole yells, “Who will stand up for Daniel?” Marlena doesn’t think this is what Daniel would have wanted. Nicole says they don’t know. He’s dead! She sobs. Kayla, John and Roman stop by Eric’s room. Roman tells his son he loves him. When they leave, Eric opens his eyes.

Abigail and Thomas meet Chad in the square. He booked a room at the Martin House. They head there and Chad promises to make up for the things he did to her. They dance and kiss and move to the bed. They make love. After, Chad asks her to marry him.

Philip finds Belle at TBD. They discuss how well Eric’s doing and nu-PhillyK offers to help her invest the money from the DiMeras. He admits he has missed her and hits on her. Chloe interrupts. “Philip, Belle. Just like old times!”

Andre learns the truth about what Chad’s been up to.

Find news about all Days actors, check out DOOL spoilers and then read about who’s coming and going from Days of our Lives.. 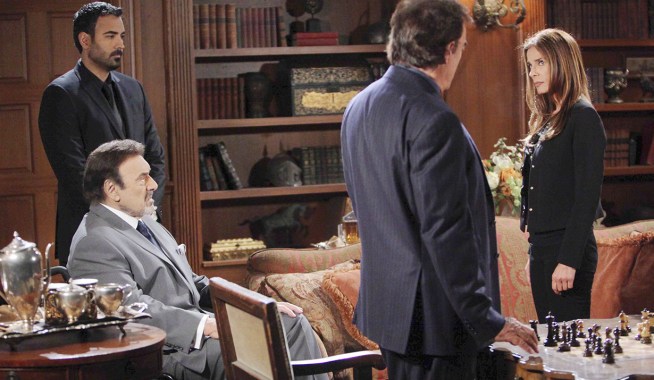 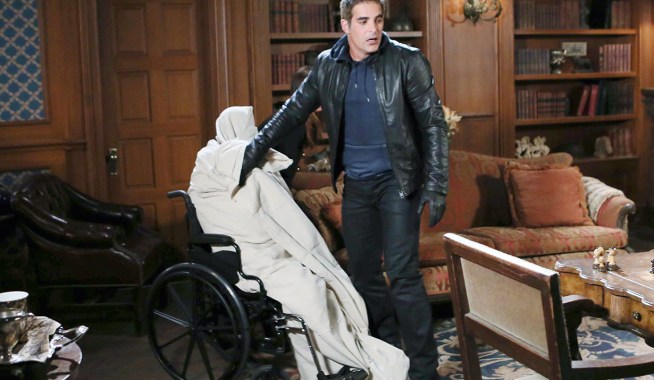