Summary for Friday January 8 2016: Chloe doesn't know what to tell her son about his father, Eric and Brady wake up with questions, and Hope does something drastic. 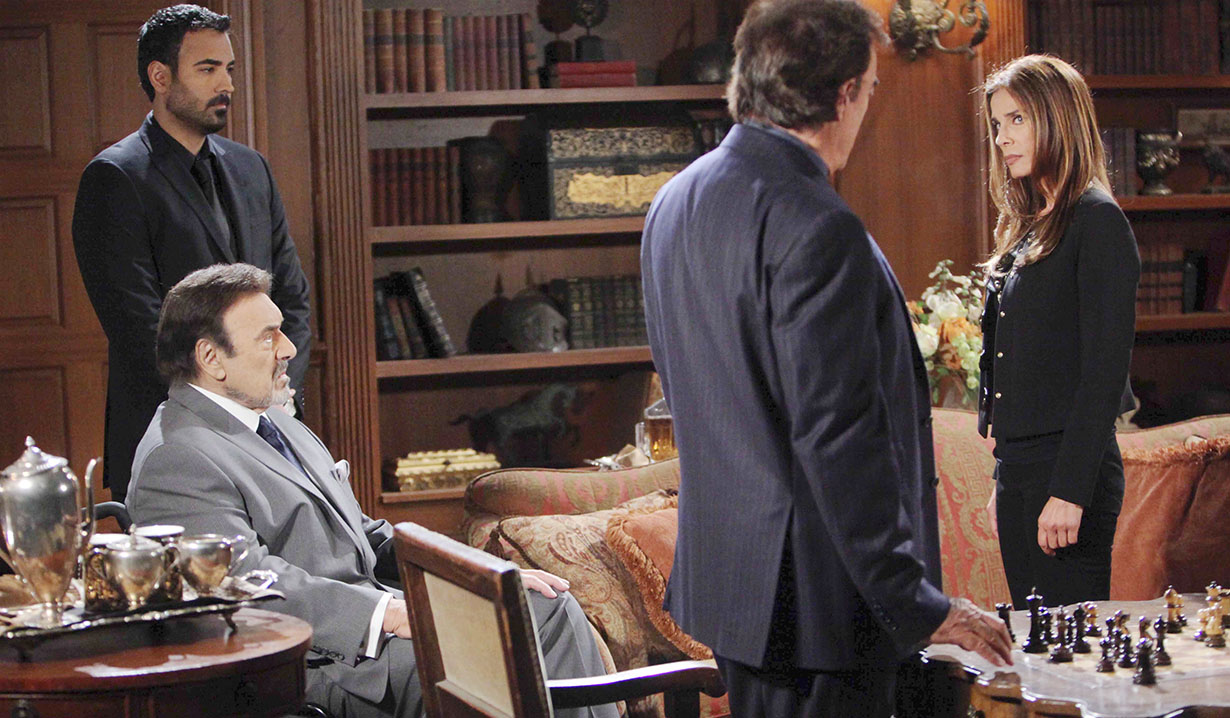 Nicole meanders through the square alone. Chloe and Parker walk up. Nicole holds Parker who asks where daddy is. Nicole and Chloe give each other a look. Nicole doesn’t know what to say. Parker sees a friend nearby and goes to play. Chloe apologizes. She didn’t know how to tell him about his father. She and Nicole sob in each other’s arms and decide to tell Parker together. Later, they tell Parker his dad’s in heaven with angels. Parker tears up.

At the hospital, Theresa worries Brady’s not waking up. Eventually he comes around. Victor tells him he was in an accident. Brady feels like someone is standing on his chest. Theresa says there was damage to his heart and he had a transplant. Brady’s wild-eyed. It doesn’t make sense. She tells him to stay calm but he has questions. Theresa starts to cry. She tells him to go back to sleep. In Eric’s room, Marlena wishes she wasn’t a doctor and didn’t know what was to come. John drops by, asking Marlena to go rest. They feel optimistic about Brady and when Marlena goes for a walk, Roman thanks John for offering to sacrifice himself for his son. Marlena runs back. Brady woke up. The prognosis looks good! Back in Brady’s room, he doesn’t feel well. His heart is racing. Fynn examines him and sends everyone out. Brady needs to know what happened. Back in Eric’s room, Roman goes to check with the station and Marlena asks John to leave so she can be alone with her son. She holds Eric’s hand and he wakes up.

At SPD, Rafe learns Eric’s blood alcohol level was off the charts. “You could have killed them all,” he whispers. He and Lani discuss Hope’s case.

Hope storms into the DiMera mansion and demands Andre get Stefano. Stefano’s rolled in and barks, “What are you doing here?” Hope tells him they’ve lots to discuss. Stefano orders Andre and his goon to get Chad. When they go, Hope accuses him of torturing Bo. He spits that she has no proof and finds it predicable and boring that she’s always coming to him with accusations. Hope yells to shut up. He took Bo from her and now he’ll pay! She lets him know she’s armed. He calls her names and insists he didn’t do a damned thing. “Bo just got what was coming to him, you understand?” He calls her a miserable person, worse than her husband, and calls her threats empty. He taunts her. “You’re not armed. You’re going to get me to confess. With what? Your personality?” He directs her to a gun in his bureau and urges her to use that. He calls her and Bo mosquitoes. “Irritating, yes but never a threat.” When she doesn’t move, he says he’ll resort to flat out lying, and confesses to everything, “Bogus, though it is.” He calls her powerless and defeated. “You. Are. A. Joke.” She pulls out her gun. “Am I?” Stefano laughs and stands up from his wheelchair. He doesn’t think she has the guts. He taunts her more and Hope screams. She shoots him in the right chest and he laughs. She shoots him again and Stefano starts to fall, taking the chess pieces down with him. She shoots him once more and he goes down.

In the Kiriakis living room, Maggie stares at Daniel’s photo. In the foyer, Caroline tells Julie that Maggie hasn’t spoken two words. She hasn’t even cried. They head in, offering to make her tea. She tells them about her call with Melanie, how she told her that her dad saved Brady’s life. Maggie talks about missing most of Daniel’s life and breaks down.

Back at the hospital, Roman calls Rafe about Hope’s case. Rafe thinks the DiMeras are involved and asks if he can do anything for Roman. Roman’s appreciative but there’s nothing he can do. In his room, Brady asks if other people were hurt in the accident. Meanwhile, in his own room, Eric asks Marlena why he’s in the hospital. Marlena explains why. He asks if it happened because of his drinking. She says it did. He hears about the others and he sobs over Daniel. “I killed my best friend, didn’t I?” Back in Brady’s room, Fynn fills Brady in about the accident. Brady asks after Daniel. Fynn’s quiet. Brady asks if he’s dead and Fynn nods. Brady sobs. He blames himself for turning the car around because he forgot something. Fynn asks him to take it easy, to look after himself for his sake, “For Daniel’s sake.” He tells him he has Daniel’s heart.

Back at SPD, Lani finds out that the three calls Malcolm made from Mexico were routed through the same cell tower in the lake district. The DiMera’s and Kiriakis’ have homes there. Rafe calls that a good lead.

Rafe goes to Hope’s. Ciara’s alone and doesn’t know where her mother is. Rafe’s concerned but makes light of it for Ciara’s sake. He goes and wonders what the hell Hope’s up to.

Maggie struggles with grief over her son’s death.

Find news about all Days actors, check out DOOL spoilers and then read about who is leaving Days of our Lives. 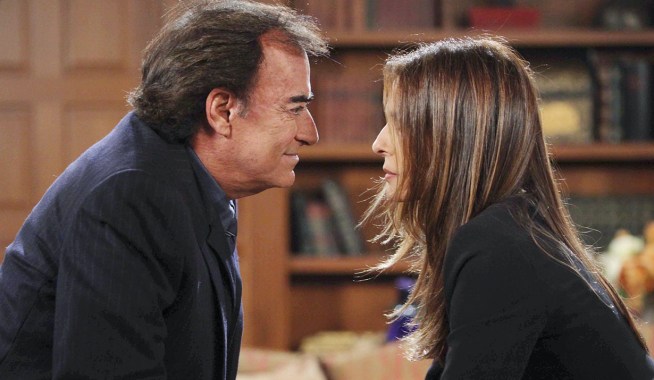 Days Recap: After Chad asks Abigail to hide her secret, she confides in an old friend 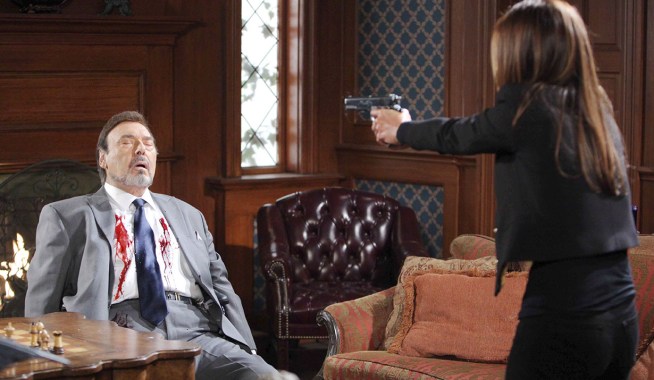