Days Recap: Ben refuses to let Abigail go to a hospital, and Ciara wants Bo and Hope to remarry

Summary for Thursday November 19 2015: Chad asks Marlena for a favor, Caroline has an upsetting premonition, and Bo reconnects with his children. 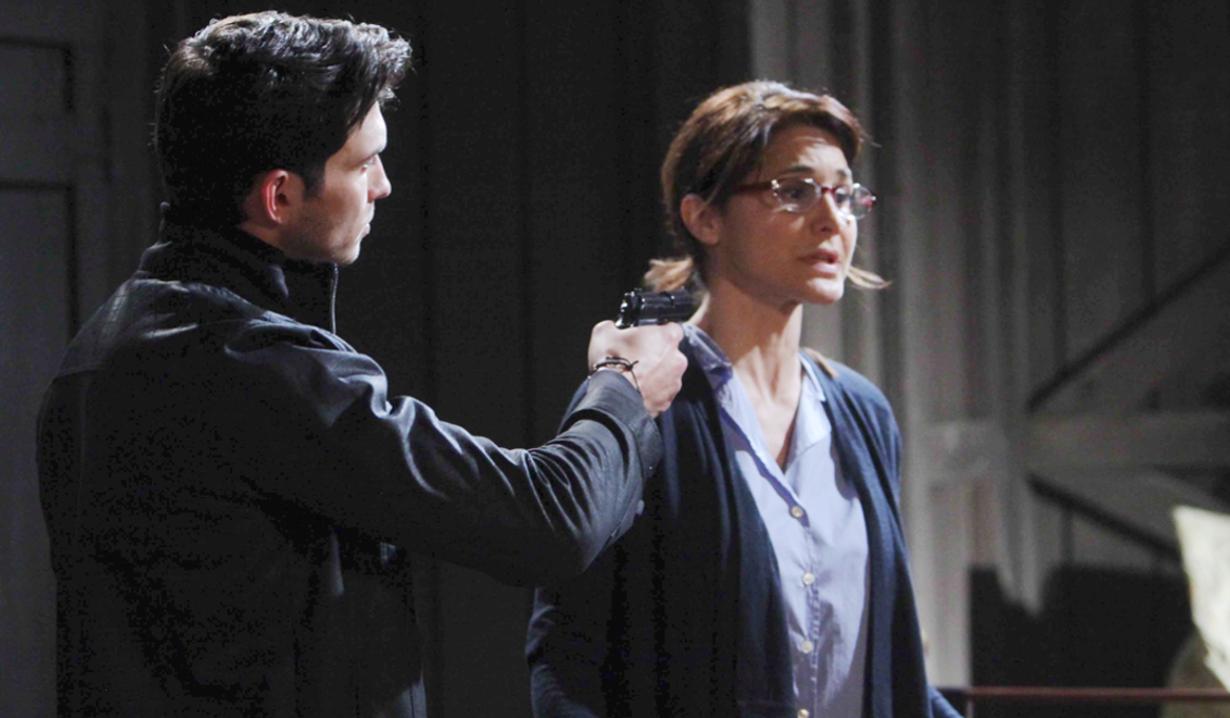 At the DiMera mansion, Chad hollers at someone in the phone to find Ben and Abigail and do it today! Chad next complains to Andre about Abigail still being missing. He wishes he could figure out where Ben took her.

At the cabin, Abigail pleads with Ben that she needs a doctor. Ben is on edge and tells Abigail that when the woman gets there to help she must not let on about the situation. Abigail tells him she’s cold. He goes to the car for a blanket. Abigail tries to use her phone, but Ben returns immediately with a woman named Wendy. The woman says Abigail’s blood pressure is high and she is definitely in labor. She announces she’ll call an ambulance. Ben says they want a natural childbirth there. Abigail and Wendy work to convince Ben that the baby will need special care. Ben insists they stay there. When Wendy starts to call an ambulance, Ben holds a gun to her head. “Put the phone down.” Ben tells the frightened women everything will be fine as long as they both do what he tell them to do.

At Steve’s room, Kayla tells him they have to get to the surprise party for Bo. “This was a mistake.”

At home, Ciara works to convince Hope to come to the surprise party. She gives her a locket with Hope and Bo’s wedding photo inside. Hope hugs her.

At Marlena and John’s place, she tells him she’s feeling desperate and would like him to ask the ISA for a favor. John admits he didn’t quit – he was fired. They decide to have a talk with Andre face-to-face. John thinks they should find the pass codes to use as a bargaining chip. They are frustrated with searching when Chad shows up. John leaves for the bank. Chad tells Marlena his fears about Abigail. “I need you to hypnotize me.” He convinces her that something is wrong. Marlena will help him, if he helps her in return. Under hypnosis, Chad describes Ben’s scary eyes as they fought. He leaps from his seat. Marlena yells, “Clear!” She tells him he said Ben would rot in prison for what he did. “What did he do?” Chad grimaces – he can’t remember. Marlena tells Chad she needs his help – she thinks Andre and Stefano kidnapped Sami and wants Chad to go to the mansion and find out if it’s true. He’ll do what he can. John returns. Marlena says Chad will help them. Once alone, John tells Marlena he realized Sami wouldn’t go to the bank in a crisis. Marlena muses that she regresses when she’s in a crisis. She gets a doll. They open the back and find the flashdrive with the pass codes.

At the Brady Pub, Bo greets Shawn Douglas with a hearty embrace. Bo, Caroline and Roman discuss whether Hope will be up to this. Kayla and Steve arrive. They watch Bo as he hugs Caroline. Caroline asks what Steve and Kayla have been up to. Steve says he’s been trying to get her to marry him again. Victor and Maggie want to hear about Bo’s adventures. Bo jokes about the food in the dungeon not being as good as the chowder. He describes hearing his loved ones voices in his head as he struggled to survive. He is talking about his kids and Hope when Ciara and Hope arrive. Bo and Hope embrace. Julie reminisces about Bo saving them all from a sinking cruise ship. Victor says if it weren’t for Bo, none of them would be there. Shawn D recalls when his dad saved his life in a helicopter rescue. Hope is thankful Bo is back where he belongs. Bo stands to do a toast and gets woozy. He claims he stood up too quickly and lets Roman do the toast. Steve asks Kayla if they should get Bo out of there. She cries that this will be a good memory for the family. Across the room, Caroline hugs Bo and gets a premonition of Hope crying and holding him on a park bench with snow falling. She gasps. Bo lets Maggie tend to Caroline and then chats with Julie and Doug about Hope. Meanwhile, Caroline tells Maggie and Victor about her upsetting vision. Outside, Bo phones Chelsea and tells her he loves her. Inside, Jennifer looks at her phone and tells Eric she’s checking to see if Abigail called. Jenn greets Kayla and Steve, who says he’s back for good; his vagabond days are over. Nearby, Bo hugs Ciara and speaks to her from the heart. They get emotional. Ciara decides that Bo and Hope should get married again, while they’re all together. Abe says he’ll do the honors. Bo says he needs a minute and exits. Hope worries he can’t forgive her for giving up on him. Outside, Bo holds his head. Steve appears. Bo says he had a headache, and gives Steve the keys for his Triumph. Steve advises, “She needs to know.” Bo exclaims, “How do I tell my wife I’m dying?”

Ciara confides in Caroline how much she wants her parents back together. 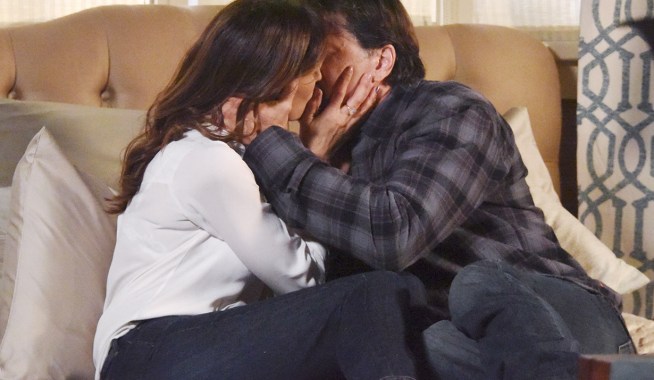 Days Recap: Bo has a shocking favor to ask of Rafe 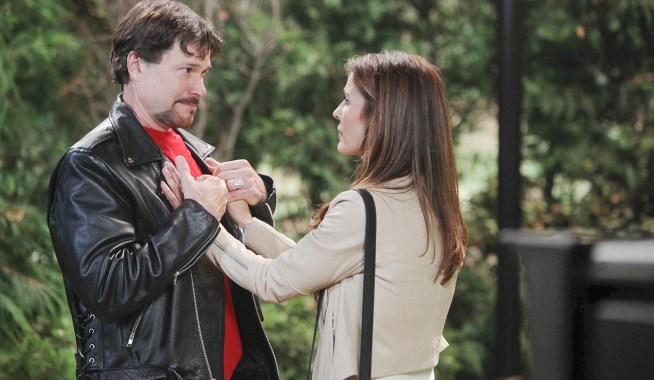