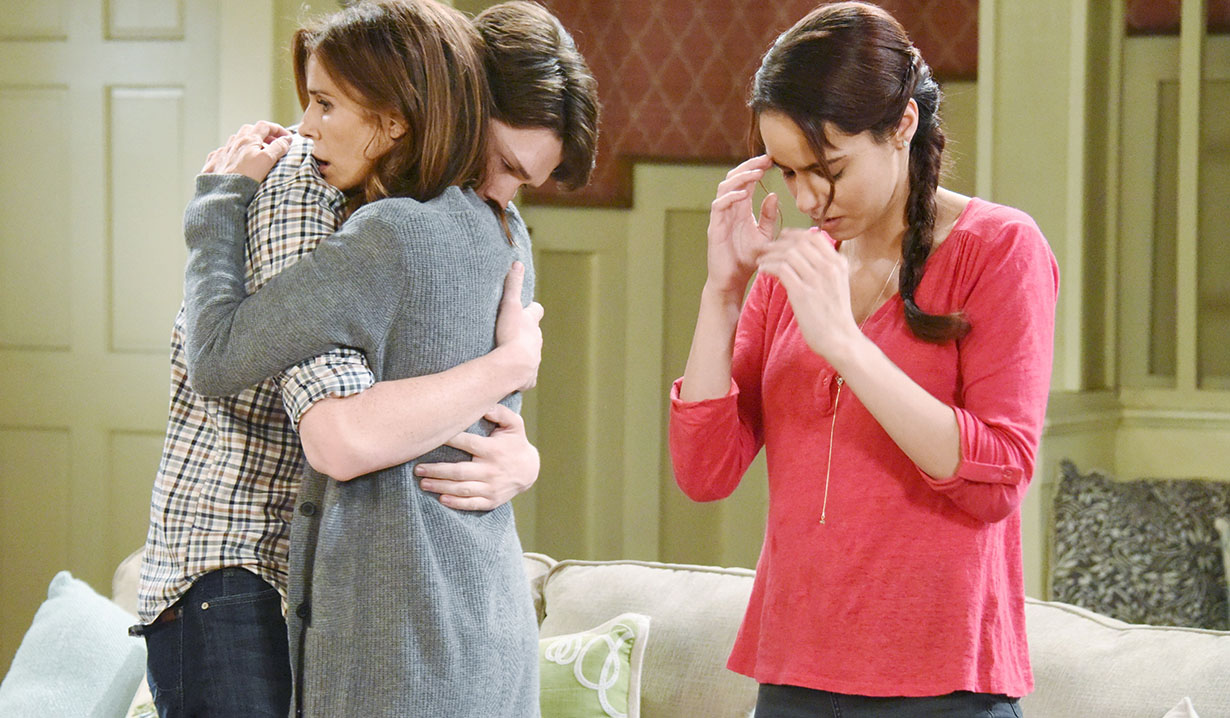 In the cabin, Abigail asks Ben to let her call her mother to let her know she’s okay. Ben doesn’t trust her to do that and says he’s one step ahead of her. Abigail starts getting cramps again and Ben immediately worries she’s in labor. She admits it’s happened before. Frightened, he wonders what to do. She asks him to take her to the hospital but he assumes she’s lying. Later, they’re asleep when Abigail dreams Chad has rescued her. Ben awakens and the men fight. Ben’s knocked out. Abigail wakes up with stabbing pains. She breathes through the pain and yells for Ben.

From outside the pub, Jenn receives a text from Abigail’s phone saying she and Ben are doing great and how much she loves him. Jenn’s relieved and texts back that she’s relieved but asks Abby to call her soon.

Chad arrives at SPD wanting to talk to Rafe about Abigail. He thinks something is wrong and fills him in on the call he had with Abigail. Rafe won’t help so Chad walks out, pissed off, saying he’ll help her himself.

Somebody watches Joey walk from the Horton square to the woods. He throws his bag at them and realizes it’s Steve. “Dad. I almost brained you,” he says. Steve’s looking out for his boy because he knows someone’s trying to send him a message. While they were in Africa, one of his enemies targeted him. He had to leave them behind so they weren’t collateral damage. Joey’s upset. He and his mom spent so much time hating him when that was unnecessary. Joey wants to help but Steve won’t use him or his mother as bait. Joey goes to school and Steve receives an anonymous text that reads, “Intrigued, aren’t you??”

Hope finishes packing and heads downstairs to find the kids haven’t packed yet. They should be ready for Jennifer. Chase says fine, “But she’s not my family. Any connection we have is a technicality.” He assumes they all think he’s homicidal like his dad. Ciara runs upstairs, upset and Hope flops on the sofa and cries. Chase calls Ciara and she runs down the stairs. Ciara apologizes for fighting with Chase and hugs her mom. Through tears, Hope apologizes and looks at the blood stained carpet and tells the kids they’ll stay home.

Bo comes to at the park and stops Shawn D from calling 911. Bo promises to get checked out but Hope needs him now. Shawn says he knows. They all need him which is why this can’t wait! Bo calls him bossy. Shawn smiles. He missed his dad’s stubbornness.

Bo and Shawn arrive at the hospital and discuss Bo’s symptoms which he plays down. He asks Shawn to stay with Hope while his sister examines him and urges him to stay quiet about this. Shawn goes and Bo admits he’s been having headaches, light-headedness, dizziness and blurred eyesight. Kayla runs an MRI and CAT scan. Later, Kayla receives results that make her gasp and nearly fall over. Bo listens from his room as she calls Dr. Michaelson for a consult – stat.  Later, she goes to Bo but he has already left.

Shawn arrives home and learns they’re not moving into Jenn’s. Hope brings her suitcase upstairs and Ciara tells her brother her concerns. Jenn turns up. She wants to make them lunch and takes Hope into the kitchen. Later, Jenn and Hope are alone and Hope expresses her guilt. She should have known Bo never would have deserted them. Jenn tries to reason with her, knowing there was no way Hope could have known Bo was in trouble. Rafe arrives and Hope takes off for air. Rafe asks where Bo is. Jenn doesn’t know. Rafe asks after Abigail. He admits Chad showed up at the station and seemed to think Abigail didn’t leave town of her own volition. Jenn shows Rafe the text she received and shrugs that Abby’s fine. He asks Jenn to call if she hears from her daughter and leaves. Jenn texts Abby again to call. Hope returns and gets mail addressed to Mrs. Bo Brady.

Bo paces the park. Shawn finds him. He’s surprised his dad finished up at the hospital. He motions to a bag and tells his dad he picked up some food. Bo says he’s giving Hope a few days. Shawn’s not worried, knowing they’ve a lifetime together. Bo’s smile is strained. Shawn goes and Bo looks up at the sky, deep in thought. Kayla finds him. He tells her he survived torture, a plane crash, “And now my beautiful sister is gonna tell me that I’m gonna die. Right?”

Chad meets Rafe at the pub. He apologizes for losing his temper and again asks Rafe to help him.

Bo receives news that devastates him. 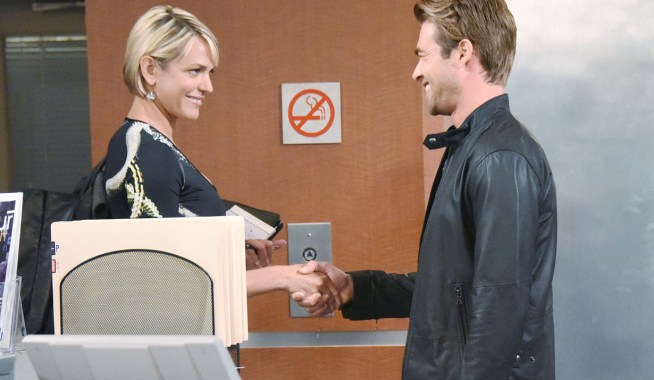 Days Recap: Bo is handed a devastating diagnosis, as Abigail fights for her baby’s life 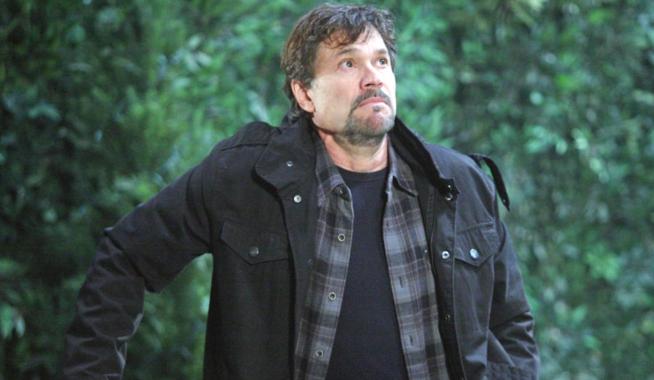