Days Recap: Steve and Bo race back to Salem but Hope’s already married

Summary for Thursday November 5 2015: Aiden takes Hope home to bed after they wed, Bo and Steve arrive in Salem, and Abe learns that he has a daughter. 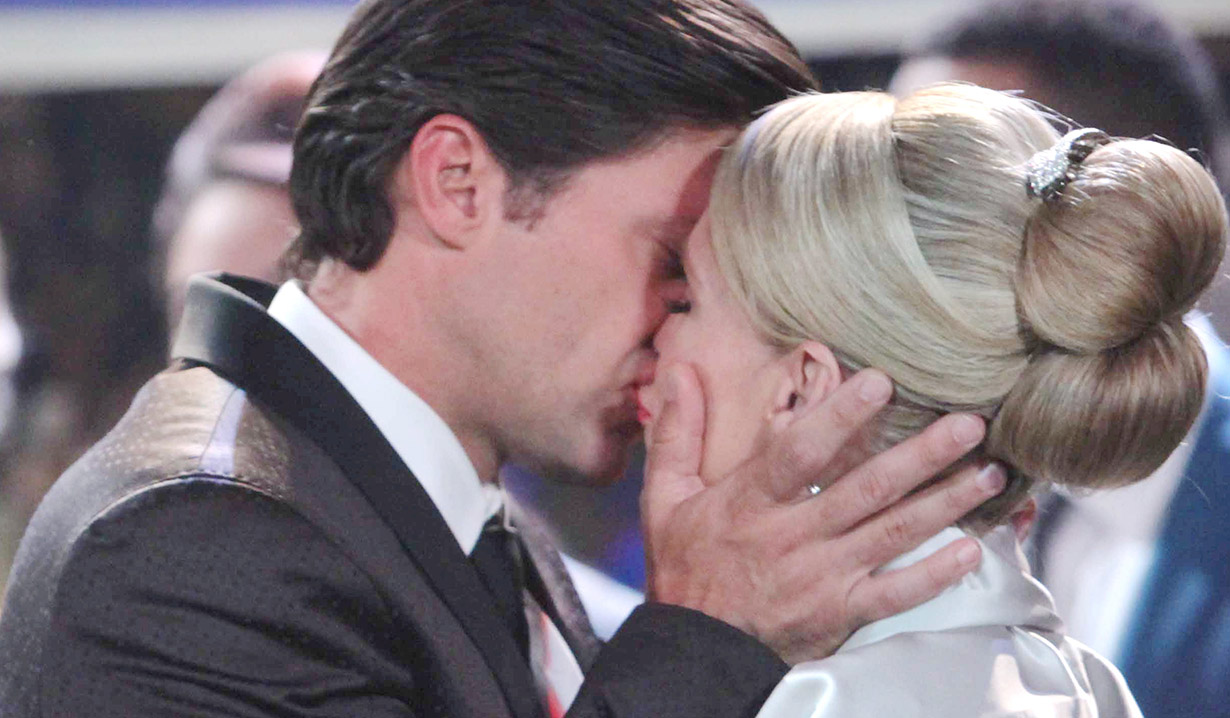 At the Martin mansion, Hope and Aiden marry. Ciara tells Chase it’s official. She’s his big sister. Elsewhere, Abe says when Tamara left town, he had no idea she was pregnant. “How could she not tell me I had a daughter?” Lani hyperventilates, overwhelmed. She says her mom was already seeing somebody else and then Abe married Lexi and had another kid. Abe says he had a wonderful life but doesn’t want to be cut out of hers. Lani takes big gasping breaths in. He’s the reason she moved there. Abe says before they tell anyone else, they need to find a way to break it to Theo. Outside, Joey talks baseball with SORASd Theo. Two other kids turn up and offer Joey a drink. He refuses. He’s caused enough trouble for his mother. Once they’re gone, Joey passes out and Theo runs around yelling, “Oh no! What do I do?” Meanwhile, Aiden takes Hope home while everyone files outside for fireworks. Jenn, Adrienne and Maggie look at old wedding photos and Rafe leaves. Marlena and John find Abe who ask him why he seemed upset when talking to Lani. He says it’s a story for another time. Theo grabs Lani and she follows him to where Joey’s lying outside. Elsewhere, Nicole and Daniel discuss her past miscarriages and she tells him she’ll never stop hurting over them. Brady and Theresa talk with John and Marlena and the differences between living in Salem as opposed to California. Marlena reminisces about John coming back from the dead.

In their cell, Steve annoys Bo by playing the harmonica. Bo wants to know how he’s supposed to sleep with all that racket. They holler at the deputy for their one phone call but he’s too wrapped up in his “PlayPen” magazine. Bo slaps the harmonica out of Steve’s hands and Steve asks if that was really necessary. Whether Hope is married to Aiden or not, she has moved on. There’s no guarantee she’s going to choose you! Bo hits him and they start fighting. The deputy goes to break up the fight and they knock him out and grab his keys.

At the hospital, Caroline pleads with Kayla to believe that Bo really did call her and he’s on his way. Dr. Salinas pokes his head in and they agree to keep Caroline overnight for observation. While Kayla fusses over Joey when he’s admitted, Caroline decides she’s not staying overnight.

Chase admires a jacket in one of the windows at Horton Square. Ciara offers to pick the lock and get it for him. She rants about her mom being stingy with money and shows him the earrings Sami gave her “eons ago” that she was just allowed to finally wear tonight. Julie and Doug walk up. Rafe walks up and Ciara convinces him to go back to the party. Julie and Doug get something to drink as Ciara tells Chase she has dibs on the big bedroom. They remember that they hated each other when they met and she asks if she should steal the jacket for him or not just as Julie walks up. “Excuse me?” she asks. The men are sent away and Julie asks for an explanation. She confesses she was caught shoplifting at Ciara’s age. “I tried to steal a mink stole from Bartlett’s Department Store.” Surprised, Ciara says, “No.” Julie thinks Ciara’s so much like her and says she had to learn everything the hard way. At least Ciara has the benefit of her cautious tale. Ciara admits she’s happy for her mother but he’s not her dad and that jacket… Julie realizes it reminds her of Bo. Ciara cries that she misses him so much. “Oh darling,” Julie says, understanding. Later, the kids leave and Julie shares what happened with Doug. Julie recalls Alice telling her about a conversation she had with Tom later, how she couldn’t bear the kids growing up, moving out on their own and needing their parents. She misses them so. Doug knows her parents are proud.

Aiden and Hope arrive home. They make love and Aiden goes downstairs to get her surprise. He digs out the red necktie…

Caroline returns to the Martin mansion but everyone has gone. “I’m too late,” she says, sadly. Bo and Steve rush in. “We made it. We’re here!” Caroline sobs into his arms and says she failed him. She couldn’t stop the wedding. Bo has a fit.

Rafe returns to the party. Victor tells them there’s an old Greek tradition where you share a kiss at midnight at any town celebration. They do a countdown and at midnight, there are fireworks and kisses. Gabi’s surprised when JJ kisses her cheek, Jenn is shocked when Eric plants one on her, and Theo is taken aback when Lani kisses his cheek. Theresa tells Brady they wouldn’t want to mess with tradition. He kisses her.