Days Recap: Stefano’s health takes a turn for the worse

Summary for Monday September 14: Chad returns to the DiMera mansion, JJ shares his suspicions with Jennifer, and Rafe believes Chad is being set-up. 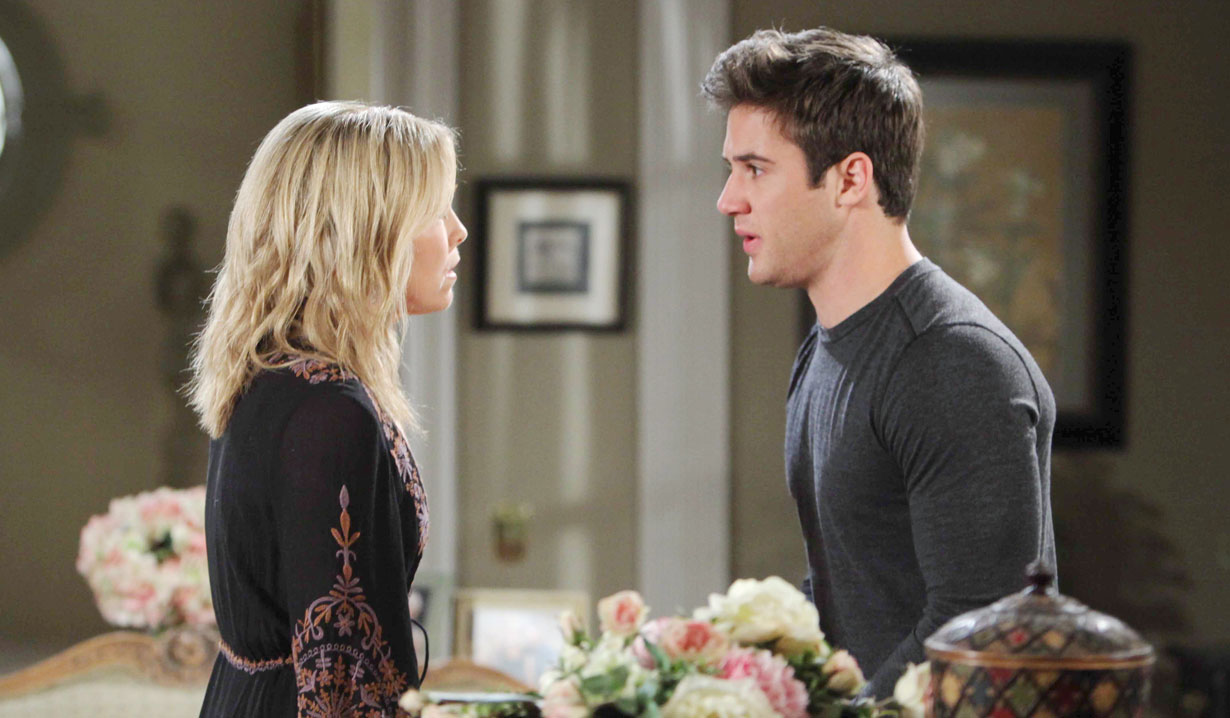 Abby reads the news about Chad’s arrest at TBD. She calls the station and learns that Chad is being released.

At the police station, Roman lets Chad know that his lawyer has sprung him, but not to go anywhere. Chad collects his property from Rafe, who suggests to Chad he returns to the mansion and don’t go anywhere alone. Justin reminds him not to leave town. Later Rafe tries to find where the neckties are being bought, but nobody carries them. The CSI report on them indicates that they are cheap polyester, nothing high end. Justin hounds Rafe about making the case stick.

Clyde drops by Ben’s apartment, and they discuss Paige’s death. Ben is upset by it, so Clyde tells him to just focus on Abby and the baby. Clyde has an early wedding present for him, and presents him with keys to a new house. He tells him to stop worrying as he got the girl and Chad is going to jail for murder. Ben wonders if Chad actually did it, but Clyde tells him that’s not his problem.

At the Horton house, Jennifer comforts her son, who blames himself for Paige’s death. He pumps up the music and explains to her that Clyde is the one running drugs. He relates what happened with Clyde and Kyle, and that Clyde threatened Paige. He also feels his mom is in danger as a bullet was on the doorstep when he came home. Jennifer wants to call the DA, but JJ stops her and thinks he needs to get out and they need to keep their mouths shut. The two argue over what to do, with Jenn siding with going to the cops. Later after JJ leaves, Clyde shows up to introduce himself seeing that their kids are getting married. Clyde shares with her what his wedding gift to the kids is, which she tells him is very generous. He tells her how lucky she is to have both of her children here, and to enjoy it while she can. He then leaves.

Abby arrives at the DiMera mansion to try and find Chad, but Stefano tells her that this isn’t his home and that he has disgraced the DiMera name. Abby defends Chad just as he walks in. Stefano asks why he came here. Chad explains the cops told him he’d be better off here. Chad wonders if Stefano has set him up. Stefano tells him he is sounding desperate and guilty. Chad decides to leave, but Stefano tells him it’s not necessary. As Abby continues to defend Chad to Stefano, Chad tells her that perhaps he did kill those women. He explains he doesn’t remember anything from either night, and he’s never gotten blackout drunk before. Abby tells him he is not a killer, but Chad wants her to leave and stay far away from him. Chad feels he’s being set up, and Abby tells him to trust in Hope and Rafe. He tells her once again to go be with Ben and stay far away from him. After Abby leaves, Stefano tells Chad he doesn’t have to leave. Chad wonders why he wants him to stay, and suggests it is so he can continue framing him. As Chad attacks him verbally, Stefano tells Chad that he loves him and passes out over his chessboard.

JJ goes to the park in a hoodie and glasses and calls Roman, who isn’t answering his phone.

Back at Ben’s place, Ben texts Abby and asks her to come home as he has a big surprise. He then checks the GPS tracker he placed on her phone and sees she’s at the DiMera mansion. Abby later returns and asks what the big surprise is. Ben is quiet, and she asks what is wrong. He tells her about tracking her phone, and he knows she was at the DiMera mansion. He demands to know if she’s still in love with Chad.

JJ goes to the station and asks to see Roman. Meanwhile Rafe is discussing the case with Roman and how they can’t place Chad at any of the crime scenes, aside from the evidence. Rafe is sure Chad is being set up.

Stefano’s life is in Chad’s hands.