In her room, Eric demands that Serena tell him what's going on or they're not going anywhere together. "What else are you hiding?" Serena flashes to finding the jewels and Xander's threat. Serena insists Eric knows everything. He storms out. She whispers, "I'm sorry. I'm protecting you." Serena needs to neutralize Xander.

At Daniel's place, he notices a secret compartment in the elephant statue Parker was playing with. Daniel leaves it to take Parker to Maggie's.

In Nicole's office, she learns that Xander served time for murder online, but the information then disappears. She works to get past the firewall and gets back in, but the files are sealed. Sally tells Nicole she has to go meet an informant. Nicole's irked.

At the Kiriakis mansion, Victor lectures Xander for defying him. He made him and can break him right now. "You're out." Xander insists he's loyal. Victor says he defied him and lied to his face. Xander wants another chance. He promises to stay away from Daniel's girlfriend. Victor orders him out of Salem. Outside, Xander stifles an enraged scream.

At Club TBD, Clyde tells Ben that the article Will wrote about him is coming out soon - there are things in it he should hear from him first. Clyde warns Will went to Poplar Bluff to get dirt on him. The mean drunken fool he used to be still sticks with some people there. Ben says Clyde's changed. Clyde expects Will's article to be fair and to say people can change. Ben gripes, "Some people can..." He opens up about Abigail being preoccupied lately. Clyde worries it's not because of JJ, but Chad DiMera. They debate. Ben insists Abigail is with him and only made contact with Chad because his sister died. Clyde doesn't trust Chad. He tells Ben the DiMeras bought Sonix magazine, probably to do a hatchet piece on him, and warns him not to trust them. Clyde advises Ben to make things permanent with Abigail. He offers to supply a big ring and whatever else Ben needs. Ben sighs. Clyde wonders if he thinks it's not what Abigail wants. Ben admits they decided to take things slow, but he believes they're solid. He won't let that son of a bitch take her away.

Outside the DiMera mansion, Chad goes on to Abigail about their connection and how good it's going to be when they give in to it. She says, "No," but they kiss. After, she runs. Soon, Abigail returns. They kiss and start undressing. She pulls him down onto a lounger. They have sex on the ground in a blanket. After, they kiss more. Abigail says she needs to go, but Chad thinks she really wants him to take her upstairs and make love to her all night long. He carries her inside and they start having sex again.

In the square, Daniel runs into a disgruntled Eric, and tells him about the elephant statue having a secret compartment. Eric had no idea it was there. Daniel and Parker go. Eric flashes to past times with Serena. He realizes she wanted the statue because something was in the compartment.

In the park, Xander flips out with rage over Victor telling him to get lost. He's Kiriakis blood and if he sees something or someone he wants - he takes what's his. "Count on it!" He gets an irate call from Serena who is upset that Eric saw the photo and says Xander ruined her life. He confirms Eric doesn't know about the diamonds and tells her she ruined her own life a long time ago. Elsewhere, Nicole realizes her informant is a no-show. Daniel appears. He admits he texted Myles and lured her there. He wants to know what's going on with her and Xander. Nicole insists she needs a few days. Daniel tells her, "I'm done." Nicole is exasperated. She asks when Parker is going back to Chloe's. Daniels says, "Tomorrow." She needs until then. Daniel thinks she seems scared. Nicole says tomorrow he'll know. "Until then, trust in this." She kisses him. Daniel tells her how much he loves her. Xander watches as they kiss again.

Eric returns to Serena's room and informs her he knows everything. He demands to know what she hid in the elephant statue for him to bring into the country. Serena protests. He tells her to stop lying. He presumes Xander wanted whatever was in the statue. Serena wants Eric to let it go. He says whatever was inside was clearly more important than him, and leaves.

Salem Spoilers for Tomorrow on Days of our Lives:

Abigail freaks out when she wakes up in Chad’s bed and realizes what she’s done.

John and Paul continue to bond.

Will and Sonny try to set aside their problems at Arianna’s birthday party. 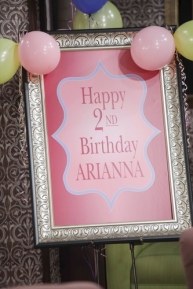 Days of our Lives Pre-Empted Today 6/5.

Days Recap: Some Things Happen For A Reason.