Soaps.com: When you look back at your time with Days, who were some of your favorite people to work with?

Dylan: My favorite person to work with would definitely be the kid who played my best friend on the show. In real life his name is Brendan (Coughlin, Tad, DOOL). He was really funny. I actually almost got into a fight with him on set one time. We got a little rowdy! [laughs]

Dylan: He'd always be making jokes. Oh my God, I can't even believe I'm going to tell you this right now. I was about to walk into a bar, halfway through a scene. He's supposed to come out of the bar right before I go in. So we're actually taping here, we're filming. He comes out of the bar, goes around the corner and pulls his pants down and moons me! Right as I'm walking into the scene! The stage manager walks around the corner to cue me to go in, and was just so appalled. But we thought it was funny. [laughs]

Soaps.com: That's hilarious! Any other scenes you particularly enjoyed?

Dylan: Pretty much the ending of every scene when the director would yell, "cut!" Everyone would pretty much bust out laughing. They make you hold it for so long, especially for a serious scene. You just have to laugh at it after it's all done.

Soaps.com: Do you still keep in touch with anyone from Days?

Dylan: No, not really. Everyone who I hung out with had texted me or called me once they heard I was off the show. Now, if I see someone from Days, we definitely say hi. All those people were just awesome.

Soaps.com: From an actor's standpoint, what's different about working on a soap opera compared to working in other genres?

Dylan: It's a lot quicker and it's definitely a full-time job. I've done four different movies where, it's like, you do that for a few months and then you're done. You're out of that character. With soaps, though, everyone gets to know you and you become associated with your character. Everyone thinks of you in that role. But I wasn't on Days for that long so I'm not really too worried about being "Will" forever. I can definitely move onto other things.

Soaps.com: What other projects are you involved with right now?

Dylan: Right now it's been extremely slow. Everything I go out on, I've been so close but there's just so many other people out there trying to do the same thing. When I was on Days, I didn't have to worry about going out to audition for other parts like I'm doing now. It's a lot harder than it was before.

Soaps.com: Would you ever return to daytime?

Dylan: There's a possibility out there right now that I might end up on another soap. That's still kind of up in the air.

Soaps.com: What if Days ever asked you back?

Dylan: If Days ever asked me to come back? Yeah, I probably would, if they really wanted me to! 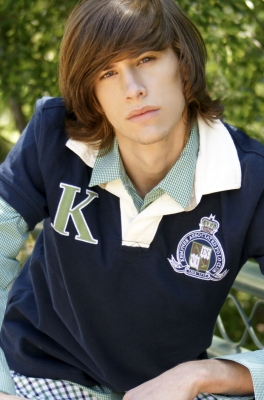 “If Days ever asked me to come back? Yeah, I probably would!”

Soaps.com recently chatted with young Hollywood heartthrob Dylan Patton, the talented actor who portrayed Will Horton on Days of Our Lives for the greater part of 2009. His work on the show not only garnered him a serious fan-base, but a Daytime Emmy Award nomination for Outstanding Younger Actor! Read on as Dylan shares his feelings on being nominated, funny memories from the set of DOOL, and the truth behind his departure from the show!

Soaps.com: So how about that Daytime Emmy Award nomination for Outstanding Younger Actor?

Soaps.com: [laughs] How does it feel to be nominated and get some recognition for your work on Days of Our Lives?

Dylan: It’s crazy. When I started the show I didn’t even think it could happen. I mean, even when I had went to the Emmys I was joking like, “oh yeah, maybe next year I’ll get nominated!” Totally just being sarcastic. Now it’s a reality and now I might win. I’m actually nominated! Even when I was pre-nominated I was like, “no, there’s no way.” [laughs] All the people I was up against, even the people on my show that were nominated in the same category. Wow! Now we’ll just have to see what happens.

Soaps.com: Your fans are definitely pulling for you, and you certainly have garnered a lot of them from your time on the show as Will Horton! Many are still wondering why you left. What’s the real story behind your departure?

Dylan: I didn’t leave the show. I was told that I was going to be replaced by another actor. It came as a shock to me. I don’t know, they do it all the time. And now I don’t even know what’s going on with the kids storyline on Days. I don’t even think that it’s going on anymore. They let go of Taylor Spreitler (Mia McCormick, DOOL) and all the other kids. [Editor’s note: This was his speculation but the ‘other kids’ are still working on the show. They just haven’t been seen on canvas much.]

Soaps.com: There’s a rumor that the show told you they wanted to put Will into a gay storyline and that you didn’t feel comfortable doing it, which is why they switched actors. Can you set the record straight once and for all?

Soaps.com: As of right now, no.

Days of our Lives Video Promo: Nicole's Visit With Brady

Days of our Lives Poll: Why Is Sami Living at Casa DiMera? 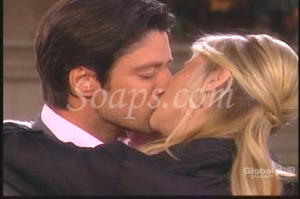